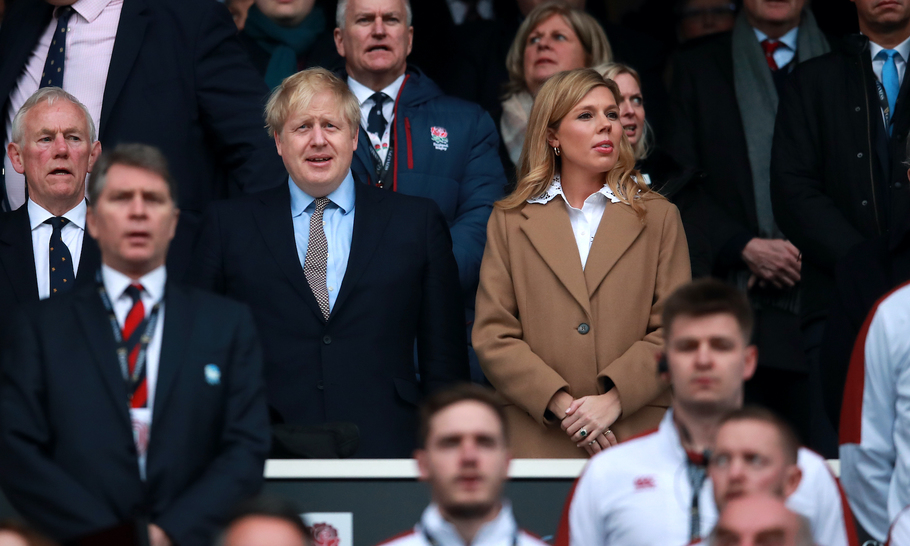 “She has not been elected, she has not been appointed, she holds no legal or constitutional powers to make decisions relating to who should hold government posts. Yet consistent press reports suggest that Ms Symonds is taking a central role in running the country, without any authority or accountability”.

These are the words of the Ben Harris-Quinney, chairman of the Bow Group think tank, describing the fiancée of the prime minister, Carrie Symonds. It comes not only after reports in the past few days that Symonds was behind the latest changing of the guard in Downing Street, but also her role in the departure of two of her husband’s key aides last year, a political event that earned the epithet “the night of the long stilettos”.

Many of these figures have become familiar names in the last year; all have a connection to the British government. As we speak, the marriage between Nicola Sturgeon and Peter Murrell, the SNP leader and chairman respectably, is at the heart of a growing political scandal in Scotland. If comparisons between Symonds and Lady Macbeth are sexist, the same cannot be said of the most powerful politician in Scotland.

Of course, increased female participation in politics is something which should be encouraged. Unfortunately, politics is still dominated by men, and I have written before about the influence of Svengalis, invariably men, in politics. But while much has been (rightly) said in the past year about the virtues of female leadership in the wake of Covid-19, less attention has hitherto been paid to influential women “behind the throne”.

Today, of course, such figures are often referred to as “Lady Macbeth” after the Shakespearean character who goads her husband into committing regicide. In fact, it has been a common trope of fiction, from Ancient Greece’s Medea to Elizabeth Urquhart in House of Cards.

Moreover, despite the sexist overtones of the stereotype, such figures have appeared throughout history. It is thought that the Roman Empress Agrippina poisoned her uncle (who also happened to be her husband) Claudius, so that her son, Nero, could become Emperor. The Anglo-Saxon Queen Aelfthryth is suspected of having murdered her stepson so that her birth son could inherit the throne. Shakespeare’s Lady Macbeth was based on none other than Gruoch, a medieval Scottish queen who married her first husband’s murderer.

Their modern equivalents might not be so violent, but they are just as powerful. This past week has demonstrated the influence of a woman literally behind the throne: Meghan Markle, Duchess of Sussex. Kamala Harris has been referred to by some as “President Harris” — dropping the “Vice” — and is already taking calls from foreign leaders on behalf of Joe Biden. Emmanuel Macron has given his wife Brigitte a “charter” of duties – a first in French politics – and sought, albeit unsuccessfully, to give her the title “First Lady”.

Interestingly, most of these women are with what can only be called troubled men. Prince Harry’s mother, Diana, died tragically when he was young. Boris Johnson’s parents are divorced and he himself has been divorced twice. Brigitte Macron is several decades older than her husband and was his schoolteacher. Joe Biden is a widower. It’s hard not to see Freudian undertones.

Of course, if it wasn’t still such a man’s world – if there was no such thing as primogeniture, if there were more women in politics – then the caricature of a shadowy queen would, by definition, be redundant. It’s no coincidence that the strong female leaders of the world today – Jacinda Arden, Angela Merkel, the Queen – do not tend to be compared to Macbeth’s murderous consort.