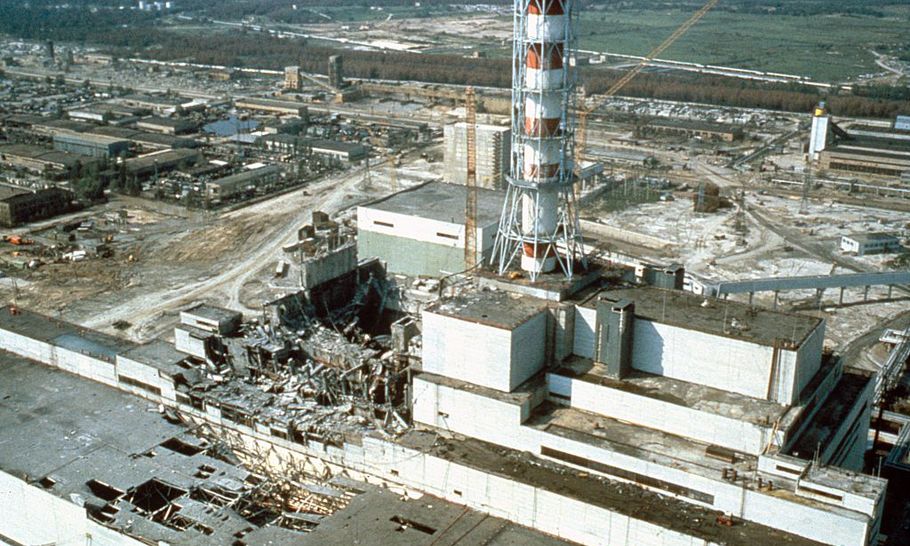 In the HBO series “Chernobyl”, the scientist responsible for cleaning up the destroyed Soviet nuclear reactor broods in his drab Moscow apartment. As he thinks back over the disaster, of the lives lost and the Soviet government’s attempt to cover it up, he gets to the heart of the Chernobyl accident. “Every lie we tell incurs a debt to the truth,” he says. “Sooner or later, that debt is paid.”

The story of the Chernobyl catastrophe and its aftermath is the story of our own time. A devastating plume of sickness and death makes its way across the globe. It cannot be seen, touched or tasted — but it is there. Its invisibility poses two problems. First, its makes it a more effective killer, and second, it makes the disaster easier for politicians to ignore and to deny — even to suppress. As it was for Chernobyl then, so it goes for Covid-19 now.

The problem for the Soviet government was that a disaster like Chernobyl wasn’t meant to be possible. Soviet engineering and nuclear expertise were supposedly the best in the world and the RBMK-style reactor, of which Chernobyl reactor No 4 was an example, was meant to have been built to the highest standards. To admit to design flaws — and there were many — was not only to undermine national technological expertise, it was to undermine the standing of the nation itself.

And so the Chernobyl disaster became a litmus test for the credibility, and the viability, of the Soviet state. At the outset, the Kremlin assured regional leaders that a small accident had occurred, that “a fire” had broken out and been rapidly extinguished. To ensure that the official message was not confused or contradicted, Western radio stations, which were broadcasting news of the disaster and which could be picked up in the Soviet Union, were being jammed.

But what the Kremlin couldn’t hide from its own people was the huge amount of Strontium-90 and Caesium-137 that had been spread across Belarus by the shattered reactor, along with lead, zirconium, cadmium, beryllium, boron and possibly also plutonium. The Soviet government had no explanation for the horrific and unusual burns suffered by the firemen who had been the first on the scene, just as it had no explanation for the rise in birth defects, the sudden drop in life expectancy and the thirty-fold increase in cancers among Belarusian children. These things, ultimately, could not be denied. The facts were too visceral, too brutal. The radiation could not be contained, and as it spread, it took the truth with it.

Britain and the United States are heading for a similar reckoning with the truth. At the start of the Covid-19 outbreak, both Trump and Johnson refused to acknowledge its seriousness. Despite signs that the disease was highly contagious, Johnson visited a hospital where people were suffering from the virus. He admitted afterwards that he had freely shaken hands with people he’d met.

Johnson’s near-fatal brush with the disease brought sympathy and a greater seriousness to Britain’s confrontation with the disease. But it was too late. The Prime Minister’s instinct was always to approach Covid-19 as fundamentally a political challenge. The lockdown came too late, even though other countries in Europe were shutting down. Why? Because Johnson knew it would be unpopular. It was the most consequential decision of the entire pandemic. That delay was responsible for Britain having the highest death toll in Europe — the third highest in the world. It stemmed directly from Johnson’s inability to confront a politically awkward truth.

Trump was blunter — and much worse. From the start he painted the Covid outbreak as a political set-up job, intended to hurt his electoral chances in November. “Now the Democrats are politicising the Coronavirus — you know that,” he told a rally back in February. “This is their new hoax.”

The number of US deaths swelled horrifically. And yet Trump’s response was to complain about the amount of Covid-19 tests performed by medical staff. “When you do testing to that extent, you’re gonna find more people. You’re gonna find more cases,” he recently told a rally in Oklahoma. “So I said to my people, ‘slow the testing down’.”

In her book Chernobyl Prayer, the Nobel Prize winner Svetlana Alexievich quotes the former head of the Belarus Institute of Atomic Energy, Vasily Nesterenko. He told a local party boss that the Chernobyl reactor had contaminated land and cities, and that the population had to be evacuated. “What are you doing, letting your radiation monitoring technicians run all over the city spreading panic?” the boss replied. “We must not lose sight of the fact that there is a Cold War being waged. We are surrounded by enemies…” Nesterenko then recalled how, “All the institute’s equipment for monitoring radiation was removed. Confiscated. Without explanation.” His politically inconvenient testing was slowed to a standstill by the authorities — a remarkable echo of how Trump wanted to constrain testing for Covid.

Which is ironic, as at the beginning of Trump’s tenure, a body was in place that would have been perfect for overseeing the necessary Covid-19 testing programme. The Global Health Security and Biodefense unit, which was responsible for monitoring the threat of pandemics, was set up in 2015 by Barack Obama. But in 2018, Trump got rid of it.

That kind of chronic shortsightedness was also a factor in the Chernobyl disaster. As Nesterenko told Alexievich, “there are radionuclides on the land, in the ground, the water… we need radioecologists but there are none in Belarus… At one time we had a Professor Cherkasova working in our academy of sciences. Her research was into the effects of small doses, internal radiation. Five years before Chernobyl, her laboratory was closed.” The Soviet authorities shut Professor Cherkasova’s laboratory and pushed her into retirement. She went on to get a job as a cloakroom attendant.

The Chernobyl reactor released the same amount of radionuclides as 350 Hiroshima bombs. After the reactor exploded, incidences of cancer among the Belarus population rose 74-fold. Twenty-three per cent of Belarus’s land was contaminated to the point of being useless. Shortly after the explosion, high levels of background radiation were reported in Poland, Germany, Austria, Romania, Switzerland, Italy, France, Belgium, the Netherlands, Great Britain, Greece, Israel, Kuwait and Turkey. A report by the Sakharov Higher College of Radioecology concluded, “In less than a week, Chernobyl became a global problem.”

The Chernobyl disaster, along with the weak, paranoid response of the Soviet authorities, was so catastrophic for the Soviet Union’s reputation that it sped the country’s collapse. It was destroyed by an inability to confront a politically subversive truth — that a state-run facility had poisoned the earth, and the state and its leadership were to blame.

Trump is now caught in the same trap. More Americans have died of Covid-19 than died fighting in the First World War — but even now he is unable to face this fact. Instead, his view is that if tests are finding more cases, then you get rid of the tests. Nesterenko lamented that, “We are still a Stalinist country… Stalin’s kind of person is still alive.” One wonders what the old dictator would have made of the man in the White House.

The world knows what happened at Chernobyl, how the design flaws of the plant reflected design flaws inherent in the Soviet system itself. In the end, the causes — the facts — emerged. It will be the same with Trump. The history books will record Covid as his crowning catastrophe, just as they will excoriate Johnson for his politically self-interested actions. Chernobyl shows us that glaring truths can only be ignored for so long. As the old scientist said, lies incur a debt to the truth. That debt will eventually be paid. It always is.