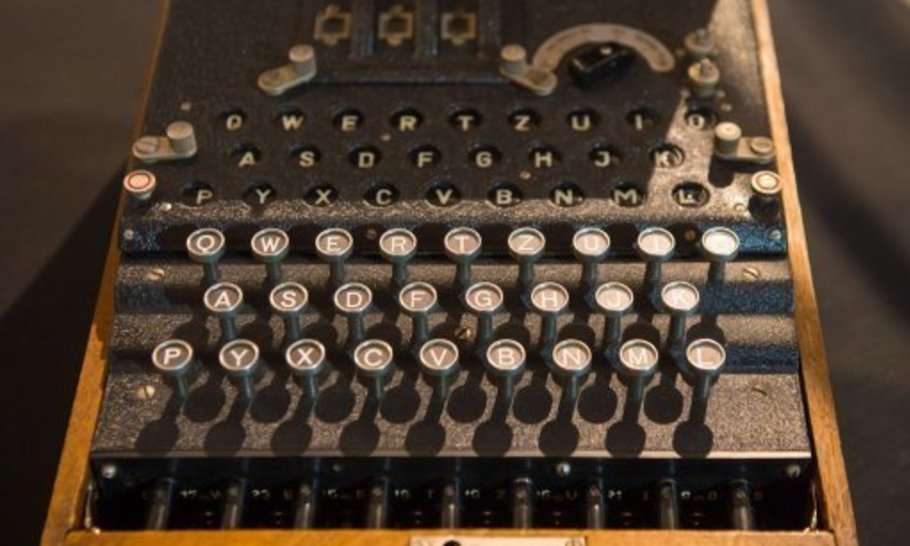 Imagine that, overwhelmed by a dire national emergency, the Government were to summon a group of chess grandmasters to become the guiding lights to identify and implement the solution to the crisis. Sounds farfetched? It has happened once before.

This singular story is told (with some dramatic licence) in the award-winning film, The Imitation Game, starring Benedict Cumberbatch as Alan Turing, the genius who designed the computers for the decryption programme, Ultra, which ultimately broke the Enigma military codes used by the Nazis.

By the start of World War Two, British intelligence had already established a high security operation at Bletchley Park, where code-breakers assembled to try and crack the secret cyphers of the Wehrmacht, Luftwaffe and Kriegsmarine. Turing, indeed, arrived at Bletchley on September 4, 1939, the day after war had been declared. It was in a good cause. It has been estimated that the work of the Bletchley team may have shaved two years off the war and saved 14 million lives.

The Imitation Game quite rightly glorifies the vital role played by Turing, if embellishing the facts. The film also acknowledges the role of the chess experts by including as a leading character Conel Hugh O’Donel Alexander. Known for understandable reasons as CHOD, he was twice British Chess Champion and vanquished the coming World Champion, Mikhail Botvinnik, in the 1946 Anglo-Soviet radio match .

However, what comes across less clearly is that Bletchley recruited virtually every leading chess master in the UK. The sole exceptions were B.H. Wood, a talented chess writer and editor, who, however, was suspected of being a Communist, and William Winter, who actually was a card-carrying member of the Communist Party.

Apart from Alexander himself, who went on to a glittering career at GCHQ, the UK government listening post, and who was awarded the CBE, the chess fraternity at Bletchley also numbered Harry Golombek, thrice winner of the British Chess Championship, who later received the OBE as well as promotion to Grandmaster Emeritus. Harry was also my predecessor as chess correspondent of the Times.

Yet Golombek’s chief distinction in the chess universe was to write a series of chess books which inspired a generation of chess aspirants, including myself. They included accounts of the 1948, 1954 and 1957 world championship matches, as well as classic anthologies of the best games of the great Cuban world champion José Raul Capablanca and the Hypermodern pioneer Richard Réti. Golombek was more of a stylist and annotator than an historian of the game.

Golombek’s most spectacular game was a sensational draw in 1952 against the Soviet Grandmaster Yefim Geller, while his most illustrious victim across the chessboard was the Dutch former world champion Dr. Max Euwe, here .

By no means least amongst the chess illuminati at Bletchley was Stuart Milner-Barry, also a member of the British chess team. Milner-Barry rose to great eminence in the civil service, was awarded a knighthood and came close to becoming British chess champion, though the best he eventually achieved was silver medal.

Milner-Barry’s most prominent victim was the Hungarian-American grandmaster Pal Benko, twice a candidate for the world championship, in this 1956 game .

In the film it is Turing who delivers the vitally important letter to Winston Churchill, requesting vastly increased resources for the cypher breakers, resources which enabled Turing to build his longed for decryption engines. In reality, it was Milner-Barry who was entrusted with this task.

I never played against Alexander, who retired from active play before my time, though I did serve many times under his captaincy in the British Chess Federation team. Indeed, Alexander captained the team which featured in my recent column for TheArticle “Smokescreens”. There I recounted my efforts to extinguish the conflagration which threatened to engulf the game between Jan Donner and Jonathan Penrose, when the Dutch Grandmaster’s ashtray burst into flames.

Having encountered Golombek twice across the board, I found him to be extremely solid: both games ended as draws. Milner-Barry was a knight of the old school, who hated draws and always steered uncompromisingly for the most aggressive course. He tended to overplay his hand and I found him relatively easy to defeat.

The Bletchley chess player whom I never even met was Alan Turing. Turing was fascinated by chess, but was by no means in the same league as Alexander, Milner-Barry and Golombek. Indeed, Golombek told me that in his games against Turing, he would turn the board around after Turing had (invariably) resigned and proceed to beat Turing again from the position the computer genius had already abandoned as hopeless.

Turing may not have excelled at chess, but he did create the first viable chess programme. Computer science was not yet sufficiently advanced during the 1940s for a physical computer to be able to play chess, but Turing did the next best thing, given the resources of the day. He developed algorithms on paper which could lead to selection of chess moves, and thus play a “computer” generated game.

Here is a link to a game by Turing’s chess-playing paper computer. Two things stand out. The first is an inexplicable blunder by the computer at the end. The other striking point involves the twin advances of the white pawns on the a and h files at the two extremities of the chessboard. This is eerily predictive of the style of the Alpha Zero computer programme, brainchild of another British computing genius, Demis Hassabis CBE.

As Grandmaster Matthew Sadler and Natasha Regan demonstrate in their book, Game Changer, such flank pawn advances are a commonplace of the winning strategies of what is probably the strongest chess engine the world has seen, or perhaps will ever see. In that sense Alan Turing displayed truly astonishing prescience. Though his contribution to the victory in World War Two was rewarded by the OBE, after his conviction for “gross indecency”, the heartless authorities punished him with chemical castration for his “criminal” homosexuality, leading to his probable suicide in 1954.

On December 24, 2013, after a gap of nearly sixty years, Turing’s criminal conviction was finally overturned under the Royal Prerogative of Mercy.

Justice had finally triumphed, though, as Shakespeare (another chess player, see my column here ) put it in Richard III: “But he, poor man, by your first order died, /And that a winged Mercury did bear; /Some tardy cripple bore the countermand, /That came too lag to see him buried.”