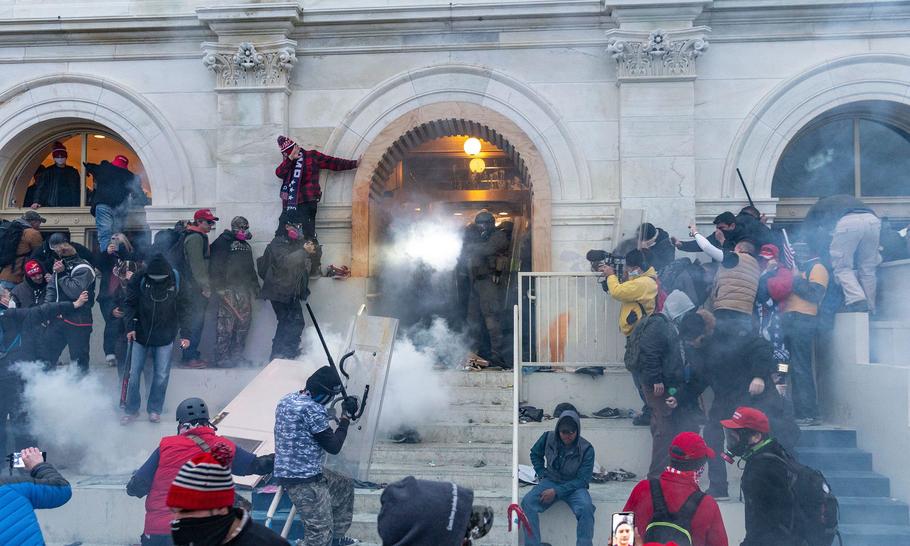 A half dozen years ago, which now seems a different lifetime, one of us had the honor to chair the National Intelligence Council as we prepared Global Trends, the Council’s look into the future. A colleague from academia asked if we were taking the red-blue divide in the country seriously. Then he continued: “If you’re looking out twenty years, don’t you have to take seriously the possibility that the country will come apart physically?

Then, well before Trump, that exchange became the benchmark for thinking about America’s future. Now, it seems plain that a civil war is coming, and the only question is whether it will be fought with lawsuits and secessions or with AK-15s.

The warning clouds have been evident well before the Republican Party realised that it cannot win fair elections. Rereading the Federalist Papers against our own travails drives home just how different the challenge was then: the Papers’ title is on the mark, for the founders struggled to cobble together a federation, any workable federation. To do so they were prepared to do deals with many devils, not just slavery but also small, rural states.

Now, their legacy is a constitutional system that is undemocratic in the extreme. For instance, Democrats won more votes in the three Senate elections before 2020, and they also won more votes in the 2000 and 2016 presidential elections. With the Senate split 50-50 now, states represented by Democrats include a quarter more Americans than those represented by Republicans.

And with Republicans in control of statehouses, gerrymandering was rife even before both it and voter suppression became articles of Republican faith. In the 2012 elections, Democrats won 1.5 million more votes in the nation but 44 fewer House seats than Republicans. As more and more red states find more and more creative ways to disenfranchise non-whites, Congress will only become more and more unrepresentative. By 2040, 70 per cent of Americans will live in the 15 largest states, meaning that 70 per cent of the country will be represented by 30 senators, while the other 30 per cent is represented by 70 senators.

That is an anti-democratic outcome that cannot stand. And it is only likely to get worse with a Supreme Court that is dominated by a Trumpian majority presided over by an honorable but feckless chief justice, a court that is friendly to guns and gerrymandering but never saw a voting right it liked.

The red-blue divide pervades economics and also geography — though not neatly so. Counties that voted for Trump in 2016 were poorer, less healthy, smoked more and died more frequently from deaths of despair due to drugs, alcohol or suicide. The 2020 elections only underscored the divide, as Biden flipped five of the ten richest counties that had voted from Trump in 2016, mostly in Arizona and Florida. As a result, the 477 counties he won accounted for 70 per cent of America’s economic activity, while Trump’s 2497 counties accounted for only 29 per cent.

The geography of taking apart the American union will be messy, for there are blue regions of red states — think Austin — and vice versa. In those circumstances, perhaps the break-up will take the form of a much looser federation, much like the one the founders were trying to improve in 1789, along with many more states’ rights. People would decide where to live not just on the basis of jobs and cost of living but also what laws they would like to live under — the direction we already seem to be headed with abortion.

Let us hope, though, that the coming civil war will be civil. However, in a country whose extreme violence by comparison to its kindred rich countries can only be accounted for by the omnipresence of guns, we would be foolhardy to bet on it. More ominous still for democracy, Americans who are or lean Republican are more than twice as likely to own guns as their Democratic counterparts.