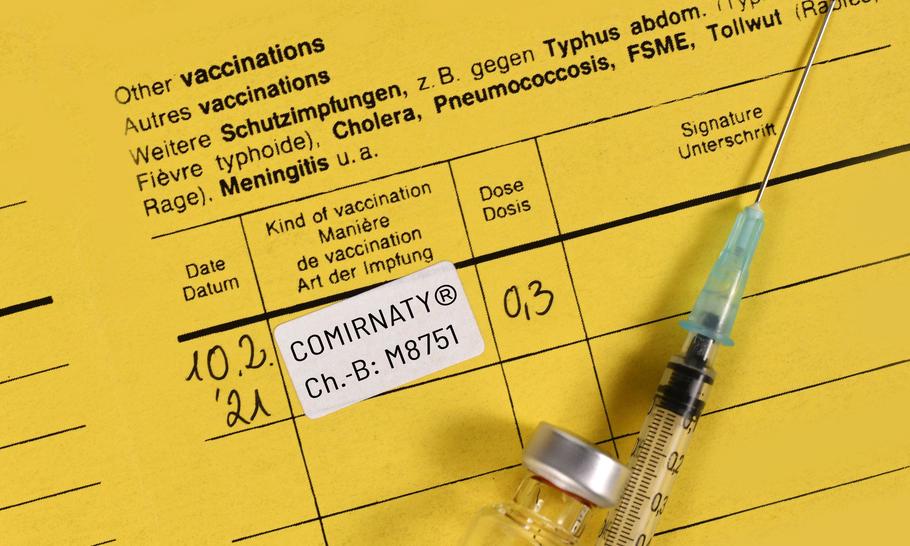 The European Union is now on the road to compulsory vaccination. The German-speaking countries have led the way, with Austria now committed to a Covid vaccine “mandate” by February at the latest and Germany yesterday taking the first step by imposing a de facto lockdown on the unvaccinated. This was Angela Merkel’s final act as Chancellor, but her successor Olaf Scholz favours compulsion. Mrs Merkel’s protégé, the EU Commission President Ursula von der Leyen, speculated this week about an EU-wide policy of mandatory vaccination as the only way to end the pandemic.

Britain, as usual, is out of step with the rest of Europe. Even those Remainers who are still bitter about Brexit may breathe a private sigh of relief that since the UK’s departure two years ago there is now no chance of an edict from Brussels instructing the British to be vaccinated, thereby unleashing a new anti-European backlash. Here, no mainstream party is yet ready to contemplate obliging the whole country to be jabbed by law. But why not?

Now that Advent has begun, many Christians will have heard the passage in St Luke’s Gospel (Chapter 2, Verses 1-7) which begins the narrative of the Nativity: “And it came to pass in those days, that there went out a decree from Caesar Augustus, that all the world should be taxed.” It is worth pondering what it must have felt like two thousand years ago for an unimaginably remote emperor to have the power to order the inhabitants of the Roman Empire to return to the city of their birth to pay tribute to him. For them, this was the entire known world; by no means all of the empire’s population were citizens, but all were subject to Roman law. That law is still the basis of many European legal systems, including the EU’s. Delving so far into the past may seem arcane, but Christmas is a reminder of the origins of what we now know as Western civilisation.

The very notion of Europe is born of the Judaeo-Christian matrix, the ultimate source of everything that follows from the Hebrew Bible’s revolutionary idea that human beings are created in the image of God. From this follows the conceptual framework that enables us to recognise one another as free individuals, endowed with rights and liberties. It took many centuries for these Biblical insights to be inculcated and to develop into the Western politics, society and culture we now know. But the civilising process is irreversible. Once we know that we have human and civil rights, we also know that they are inalienable. If the authority of the nation state has strictly defined limits, how much more so that of supranational bodies. We are subject to the rule of law, but we cannot be coerced beyond a certain point.

This brings us back to compulsory vaccination. Only properly constituted courts can determine the legality of such measures and no doubt they will be tested by due process. There is no doubt that the Covid pandemic is a genuine and in some respects an unprecedented emergency. Vaccination is indeed the best and probably only path out of the crisis that has now persisted for almost two years. Yet there seems something un-European about administering the jab to someone — anyone — against their will. The principle of consent is deeply rooted in our traditions and our mentality. If the rest of Europe wishes to part company from us, we cannot stop them, but neither can they compel us to follow suit. Our concept of liberty is, as Isaiah Berlin defined it, a negative one: “freedom from”. Everything that is not forbidden by law is permitted and nobody can be deprived of their liberty for the greater good except for the gravest of reasons.

Earlier this week I argued here that those who refuse to be vaccinated must accept the consequences “especially when they may harm others” and that the Government “may have to use the stick as well as the carrot. If the choice comes down to imposing restrictions on the whole of society or only on the minority of the vaccine-reluctant, most people would say that the latter is fairer.” Some readers felt that this sounded too authoritarian. But I never suggested that people should lose the right to say no to the vaccine — merely that exercising this right might bring unwelcome consequences.

For some, this is already the case. Care homes already stipulate being fully vaccinated as a condition of employment for their caregivers. Most NHS workers are vaccinated and such an obligation would not be unreasonable for them, too. The same may apply to those who work in other emergency services. But to extend such compulsion to the entire population seems disproportionate. Unvaccinated workers and medical staff are free to refuse the jab if they are prepared to accept the professional consequences. Legal requirements for vaccination are only conditional, not absolute. There is a line here which should not be crossed in a free society except in the most extreme circumstances — and we are certainly not there yet.

The decrees of Caesar Augustus have their modern counterparts, more or less legitimate. Most of us, though, can identify more easily with the mother who found herself giving birth to her baby in a stable and who “laid him in a manger, because there was no room for them in the inn”. That son grew up to be a teacher and one of his most influential teachings was this: “Render unto Caesar the things that are Caesar’s, and unto God the things that are God’s.” That distinction is a cornerstone of our liberties. It was in the name of Caesar, too, that the son was executed. His kingdom, though “not of this world”, nonetheless transformed that world.

What Tom Holland calls “the sheer strangeness of Christianity” is the reason why a place such as the United Kingdom, that in some sense still calls itself a Christian country, is not ready to override the conscientious objections of the unvaccinated.