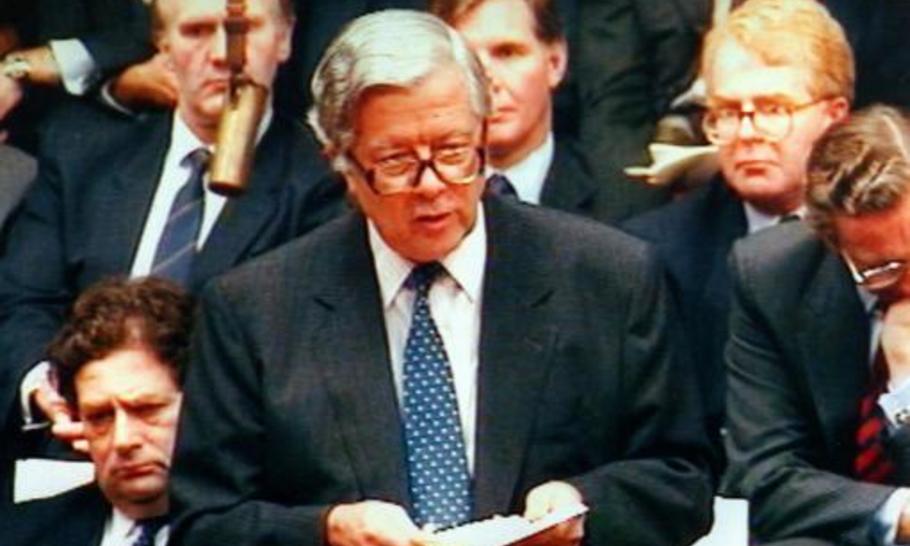 As a great piece of political theatre, Dominic Cummings’ testimony could be the cue for the Johnson project to start collapsing. In living memory, it’s up there with Sir Geoffrey Howe’s resignation speech, which spelt the end for Margaret Thatcher, and Robin Cook’s speech on the Iraq War which trashed Tony Blair’s credibility. But there are also huge differences when comparing Cummings to Cook and Howe, which gives us a glimpse into the Johnson administration.

Cook and Howe were two big parliamentarians. Both resigned from Cabinet as Leader of the House. Both had been Foreign Secretary, with Howe also a radical Chancellor of the Exchequer. Cummings can be called many things, but parliamentarian is not one of them. In himself Cummings is not an important political figure, as he has never had a direct mandate from the electorate. Cummings’ power came thanks to Johnson’s patronage and is therefore a reflection of the Prime Minister’s judgment, far more than Howe was of Thatcher’s or Cook’s was of Blair’s.

When Howe and Cook left government, they took their places on the back benches and, in a packed Commons chamber, gave grand speeches which rained blow after blow upon their leaders. Cummings had no access to such a magnificent political stage, so his skewering took place in a committee room, six months after he had been kicked out of office. This meant the Cummings show had the air of the weasel boy being interrogated by school prefects. It made Cummings look sometimes weak, sometimes silly, but all the time with little dignity.

Howe and Cook resigned for a principle in which they each believed passionately: for Howe it was Europe; for Cook, the Iraq war. Both put principle and belief over party and status. Cummings has never been a member of a political party, and as far as I can tell, never held a belief other than a quasi-ideology of high-tech, objectivist gobbledygook. Therefore, Cook and Howe gave the impression of statesmen pushed to the limit by leaders who were unyielding. No such credibility for Cummings: just sniping, innuendo and gossip about political adversaries. None was spared, not even Dilyn, the Prime Minister’s girlfriend’s dog.

Cummings is a man of little vision outside of destruction and blame — which suits campaigning in the social media age. However, all he has achieved, or will ever be able to achieve, is the vandal’s urge to tear down. He is devoid of creative ambition and this reflects on the whole Johnson political project. These self-styled “visionaries” took us out of Europe, which is fine, as long as there is an alternative which is better. I see no post-Brexit dream coming to fruition. Access to the largest free trade system in the world, on our doorstep, is not outweighed by hormone impregnated beef and tariff free wine from Australia. If this Government is going to kick over the BBC for transgressions originating quarter of a century ago, do not pretend a viable alternative is a combination of Netflix and GBNews. By all means level up the Midlands and the North, but it’s not going to be done through a white elephant railway in the form of HS2.

The speeches of Howe and Cook spelt the end of grand political projects. Howe called an end to the great liberalisation of the British economy, while Cook started the slow destruction of the march of the New Labour moderates. Cummings, it seems, is calling time on the vandals of British politics. Those driven by the urge to destroy will, in the end, destroy themselves.

Cummings thought he possessed the great thought leadership needed for a revolution in the British system of governance. The real lesson we learnt from the joint inquiry of the health and social care and science and technology committees on Wednesday was that Cummings was nowhere near up to that task. The pandemic has proved that it’s far harder to protect than to destroy.

Great political figures surround themselves with thinkers. They understand and buy into those ideas, then translate and sell their vision to the electorate. Johnson chose Cummings as that visionary and created a successful strategy of demolition. This works brilliantly when campaigning in the social media age we live. Once in power, however, a Prime Minister still must govern and that needs vision and creativity to answer difficult questions. How will levelling up and the green revolution be made to work? Where does a post-Brexit Britain stand in the world? Who can give us a vision of a united Union of Great Britain and Northern Ireland? What tools are needed to fix the post-pandemic health and social care systems? The Prime Minster has not got anyone around him to deliver answers to any of those questions. Luckily for Boris Johnson, nor do any of his political foes.