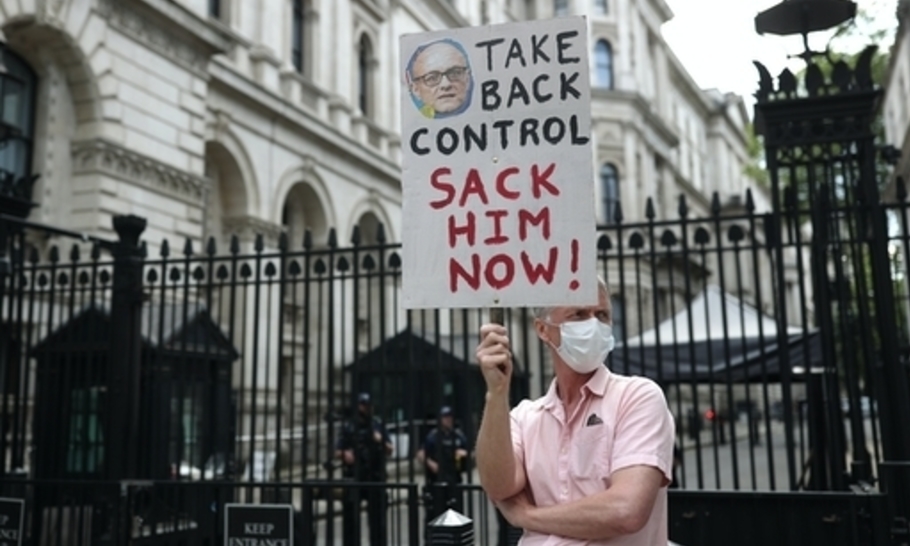 As the dust settles on one of the more bizarre scandals in British political history, taking a step back and observing the picture, one might be forgiven for thinking that for all the fury, not much has changed. Despite the best efforts of a press corps certain they had hooked themselves a real prize, Dominic Cummings remains firmly in place. Boris Johnson has ruled out an inquiry, and has urged the world to move on.

Amid the outrage of those desperate to see Mr. Cummings lose his job, though, a ray of light has come in the form of the polls. A few weeks ago, with the PM battling the coronavirus and the nation hoping for the best, the Tories found themselves with record approval numbers for a sitting Conservative government. Now, those figures have plunged almost as fast and as deeply as the price of West Texas Intermediate. There is fury over Cummings’s actions and Number Ten’s refusal to condemn him.

A lot of people are citing the collapsing poll numbers as proof that the government has been fatally wounded by this affair. But that may prove to be wishful thinking. The reality is, Johnson’s inflated numbers were just that — far higher than they had any right to be, on account of his personal circumstances and a greater sense of national unity surrounding the lockdown measures put in place across the country. Whatever happened, they were not a serious barometer of how the public felt about his ability to govern.

The more inflated the bubble, the bigger the explosion when it bursts — and this one has been as spectacular as they come. But even here, at the height of a scandal where over 70 per cent of people think Cummings should go, the government remains ahead in the polls. Certainly, it is flirting with disaster, but if it were a fatal set of circumstances, one would at the very least hope to see the opposition pulling ahead after almost a week of the story dominating the front pages, screens and airwaves of the nation. Yet, they aren’t — the Tories have a seven point lead over Labour as it stands.

That is liable to shift again over the coming days and months, but something bigger is likely to be responsible for that: the grim reality of the coronavirus itself, not the actions of a government advisor during lockdown.

It would be impressive if the government kept its lead once the stories about care homes and the true numbers of deaths come out in full. Then, when the virus has passed, there will be the fallout of the inevitable inquiry. But that was always on the cards. One might even say, then, that the result of the Cummings story has been “priced in”. It was a downward trend that was coming anyway, and it still has further to go. Cummings can’t be blamed for coming slump in the polling numbers.

Yet, this isn’t a hopeless position. The government has time on its side and a broader agenda on which it can win back voters. For it to claw back support, though, No 10 will need a proactive and aggressive strategy, both in terms of cleaning up the mess it has made and getting on with the business of implementing its agenda. For that, it will need to make full use of both its time and its numbers. But it will also need a strategist behind it. It will need Cummings inside No 10, not outside.

He has form for turning around losing positions — Johnson’s own chances of becoming PM, for one. Though for this weekend he will be the story, and residual ill-feeling will remain for some time yet, he has the resources to do so again.

He is helped, moreover, by who the Tories have in front of them — and the reason why, even now, the Tories maintain their lead in the polls. Peter Kellner’s excellent piece for TheArticle cited John Major and Black Wednesday, and how that perceived betrayal meant that, even five years after the fact, the then-PM was not trusted, even in the midst of an economic boom. Perhaps that will apply to Johnson’s government. But what is equally likely is that voters who abandoned Labour in 2019 over its London-centric focus and its farcical Brexit position — cooked up by the current leader, Keir Starmer — still won’t have entirely forgiven them either.

Half the reason those seats stayed Labour for so long was because the voters had long memories. The break, then, was fairly significant. They won’t forget the Cummings affair overnight, as the PM no doubt hopes they will. But they also won’t forget what prompted them to abandon generations of loyalty in the first place. That deep scepticism of Starmer et al. won’t evaporate over one scandal, and if the Tories can steady the ship with the sizeable advantages and resources they have, Johnson may not share the same fate as Major.

In order to confound the polls, though, he will need a razor-sharp strategy. Madly, that means keeping on board the strategist who has currently landed him in this mess.