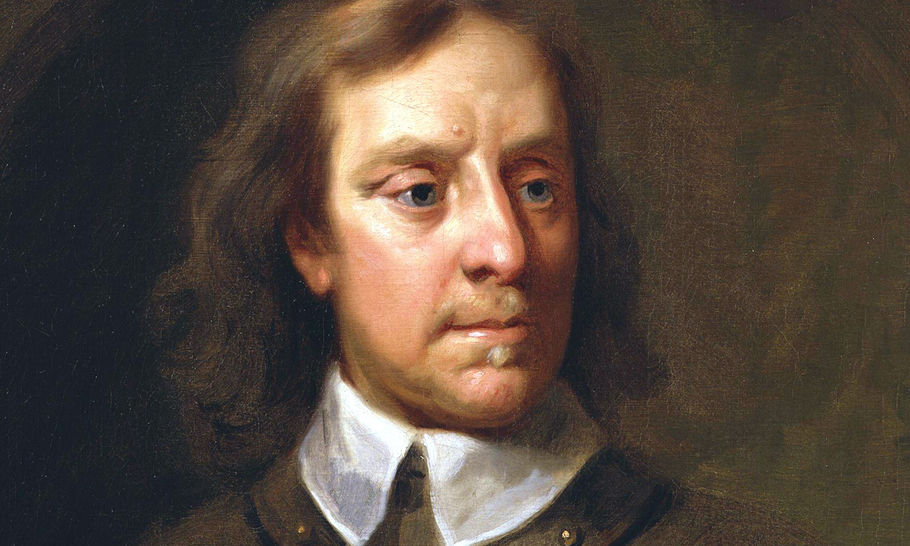 “You have sat too long here for any good you have been doing lately. Depart, I say; and let us have done with you. In the name of God, go!” As the Rump Parliament was dissolved on 20 April 1653, Oliver Cromwell barked these words at MPs who failed to govern England according to God’s will. Or rather, he didn’t. Though the same words were quoted by Leo Amery MP in May 1940 as military setback after setback put paid to Neville Chamberlain’s administration, they were never uttered by Cromwell. They are not included in the standard collections of Cromwell’s letters and speeches. Nor will they appear in the “definitive” collection recently compiled under the editorship of John Morrill, the biographer of “our chief of men”. They derive, it seems, from a forged version of Cromwell’s words published in 1767.

Morrill and his team have also found no reference to Christmas in any of Cromwell’s letters and speeches. Myth and misinformation attach themselves to the Protector like barnacles, but the one with the greatest grip is that he banned Christmas. He did not.

Christmas had become a source of contention in England and Wales following the Reformation of the 16th century. There was no reference to Christmas – or Christ-tide as the Puritans preferred it – in the Bible. And if it wasn’t in Scripture, it did not have God’s mandate. There were moral, as well as theological objections, too. Christmas was longer then; it lasted the whole 12 days. Religious services took place, but pagan relics, such as holly, ivy and mistletoe decorated houses, and material gifts were exchanged. Puritans of the “hotter” kind regarded it as licentious, drunken and debauched and best ignored. Puritans preferred to work while others celebrated.

The far more puritanical Scots, in the spirit of John Knox, were the first to ban Christmas, in 1638. In England and Wales, cancelling Christmas came around almost by accident. In 1642, Parliament‘s Puritan wing had pushed for a regular day of repentance, fasting and prayer, to seek God’s help as the country frayed politically and descended into civil war. The last Wednesday of every month become a regular day of prayer and fasting. In 1644, by chance, Christmas Day fell on the last Wednesday of December and the opportunity was too much for the Puritan Parliament, then in the midst of war, to turn down. An ordinance was passed to ban Christmas festivities. To what extent it was enforced is quite another matter – just think how hard a modern state has found enforcing the strictures around Covid 19. Parliamentary forces, though strong in London and East Anglia, were not in control of much of the country. And, certainly, Cromwell had nothing to do with its passing. He was too busy with the reforms of Parliament’s beleaguered army that became the Self-Denying Ordinance, which rid it of ineffective aristocratic leadership and paved the way for the ruthless, radical New Modelled Army with which Cromwell would attain national stature.

The war on Christmas proceeded as the tide of war turned in Parliament’s favour. In 1645 the Directory of Worship, Parliament’s Puritan replacement for the Book of Common Prayer, was issued, with no special services for Christmas and other festivals such as Easter and Whitsun. An outright ban on Christmas was introduced in 1647 – when Cromwell and his soldiers were in bitter dispute with Parliament – with fines introduced for shops that did not remain open, and even intrusions into the home. It was a deeply unpopular move. Though Parliament, having won the First Civil War, had greater means to impose the prohibition, they faced riots in places such as Canterbury and Bury St Edmunds, which were conveniently blamed on Royalists. There was no shortage of satire in response: The World Turned Upside Down, a popular song deriding the Christmas ban, was published as a pamphlet. While in 1652, with Charles I dead and the Stuarts in exile, further legislation was passed – and mocked – in the popular print, The Vindication of Christmas.

Probably the most successful attempt to enforce the ban on Christmas came in 1655, with the Rule of the Major Generals. This cantonisation of England and Wales into 11 regions run by military commanders was a deeply unpopular response to the Royalist Penruddock Rising in March of that year, and to news of the catastrophic failure of the Western Design, Lord Protector Cromwell’s seaborne invasion of the Spanish Caribbean island of Hispaniola. The latter was seen by Cromwell as a sign of the withdrawal of God’s providential guiding hand and was evidence of the need for moral reformation on a national scale. Some of the major generals, such as Charles Worsley, who ran Lancashire, Cheshire and Staffordshire, were zealous in the extreme, and rigid in their enforcement of the yuletide ban; others were more pragmatic. But none gained the acceptance of regional ruling families, nor the support of the majority of the people. Ironically, a further bill to continue the ban on Christmas was brought to the House of Commons on 25 December by hardline Puritan MPs who had been kept awake by the seasonal festivities and bemoaned the fact that most of London’s shops and markets were closed. The bill failed to pass, the Rule of the Major Generals came to an end (with Cromwell’s connivance) and there were no further attempts at a crackdown. Some wars are simply unwinnable. The Restoration of Charles II saw the repeal of any remaining anti-Christmas laws.

Why, given his limited role in such actions, is Oliver Cromwell always seen as the man who cancelled Christmas? It’s simple really. Despite the seminal importance of the Civil Wars and their aftermath, the British public remains woefully ignorant of the period. Cromwell is literally the only name on the Parliamentary side that most have heard of, just as Charles signifies the entirety of Royalism – and so if Parliament banned Christmas, it was at Cromwell’s whim. Yet Cromwell was not leader of the army during any period of the Civil Wars, nor was he a significant political figure until the late 1640s, attaining real power only in the 1650s as Lord Protector. We see the warts, but not the all, and as long as we prefer Manichaean myth to history, he will remain the ‘brave, bad man’ of his enemies, then and now.