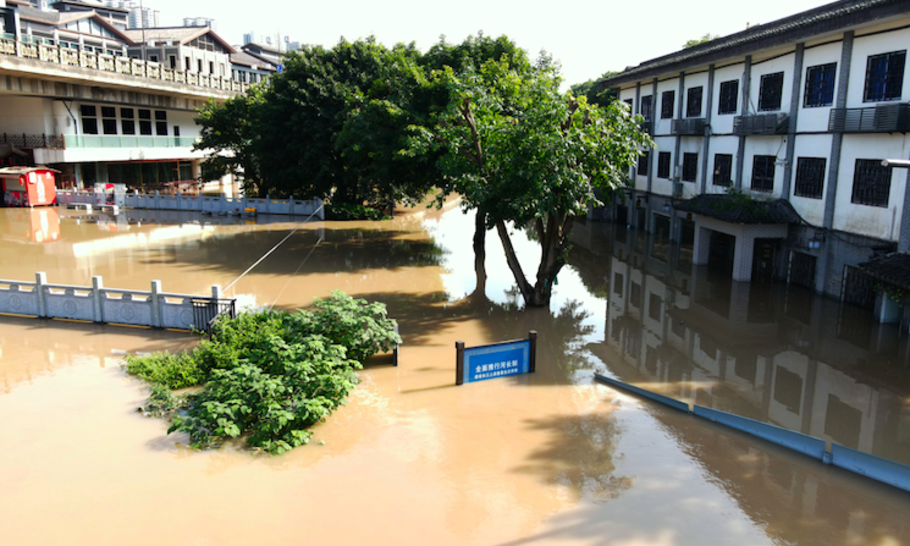 Journalism is an endangered profession, in both senses of “endangered”. In a world where anyone has access to the online public and the field is crowded with amateurs, it is harder than ever to make a living as a professional journalist. But journalists are also in greater physical danger than ever before. According to the International Federation of Journalists (IFJ), last year 66 journalists were killed in the line of duty worldwide.

One incident this week illustrates the kind of risk that many foreign correspondents are obliged to run every day in order to do their jobs. A reporter for various German outlets including the broadcaster Deutsche Welle was set upon by a mob in the flood-stricken Chinese province of Zengzhou, where 69 people have died. Only after being jostled and screamed at did Mathias Böllinger discover that he was the victim of mistaken identity: the angry crowd thought he was the BBC correspondent Robin Brant. The latter had reported on the horrific story of a submerged passenger train in which at least 12 people drowned before help arrived. Official incompetence and a callous disregard of life undoubtedly contributed to the disaster. But the local Communist youth league had spread images of Brant on the social media site Weibo, claiming that he was a “wanted man” for spreading lies and rumours about China.

This is one kind of danger, the kind that happens when an authoritarian or totalitarian regime indoctrinates its population to treat as enemies outsiders who expose its lies. Another kind of danger is, of course, the deadly task of reporting on war, especially civil war. Those who are brave enough to work in Afghanistan, for example, deserve the highest praise, especially now that foreign forces are leaving and the Taliban insurgency is wreaking havoc. Our thoughts are with Lynne O’Donnell, a star reporter and editor for, among others, TheArticle, who is now writing superb dispatches from Kabul for the journal Foreign Policy, among others. Truth only comes at a price.

Back home, the most difficult journalistic challenge is to maintain the crucial distinction between fact and opinion. Yesterday I wrote here about how, in the midst of a pandemic, those who oppose emergency health measures, such as lockdowns and vaccination, are entitled to their opinions, but not to mislead the public. The old wartime slogan “Careless talk costs lives” still applies.

We are, of course, subjected to incessant bombardment of opinions, often pernicious and sometimes masquerading as fact, on social media. An example of the problem in the case of Twitter is reported today. The giant platform has been criticised for ignoring anti-Semitic posts, notably by the rapper Wiley. Last year it approached the charity Campaign Against Antisemitism (CAA) as a “Twitter partner” to explore ways of removing such material.

According to the CAA, however, the company did not take the problem seriously and merely used the partnership as a fig leaf. Its promise to use human moderators rather than automated processes proved hollow, when even Holocaust-denying posts, collected by the CAA and sent to Twitter, were allegedly deemed acceptable. After a meeting last December, the platform ceased to respond to the CAA’s collation of anti-Semitic material and broke off contact. Examples of posts cited by the CAA from just one day last December that apparently passed muster with Twitter included: “All vaccines were created by Jews to control the population of the goyim.” “Wow. Biden’s now over 81 million votes? It’s like the Holohoax: you can just keep making up numbers.” And: “Except Hitler was right.”

Jack Dorsey and the Twitter board seem to be in denial about the fact that facilitating the dissemination of such monstrous lies to Twitter’s 300 million users renders the company and its management complicit. Turning a blind eye to evil when you are providing the means for its propagation is in itself a wicked thing to do. Fortunately, Dr Goebbels never had such a powerful engine of propaganda at his disposal. Heaven help us if he had.

Here at TheArticle we deliberately invite the widest possible range of views. We do this because we believe millions of people wish to read both sides of the argument. You, our audience, enjoy the cut and thrust of genuine debate. You have sought out TheArticle because this is what, almost uniquely, we offer. However, we draw the line at lies and correct errors of fact as soon as they are pointed out.

Inevitably, we are constantly criticised by readers in their comments. Occasionally these are intemperate and we reserve the right to remove them. One regular contributor was accused of anti-Semitism. We examined the accusation but rejected it. TheArticle has a strict policy on extremism, as we must in order to preserve the broad spectrum of opinion that is our raison d’être.

No one has improved on the old CP Scott adage: “Comment is free, but facts are sacred.” We expect the highest standards from our contributors and in our editorial process. We ask our members and other readers to take the same care in the comments that you post. Disagree strongly by all means, but please treat our journalism and our journalists with respect.