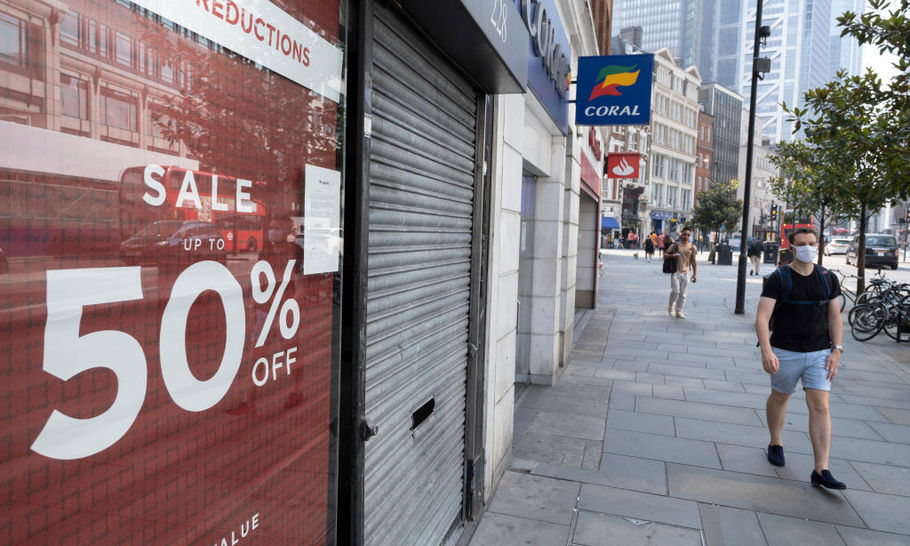 Few, if any, economists or policy-makers are forecasting a big rise in inflation anytime soon. Brian Griffiths is right to highlight the risks that inflation could return. The sudden emergence of the Covid-19 pandemic demonstrated that it can be a big mistake to assume the status quo will continue indefinitely.

When discussing inflation, it is important to distinguish between rises in prices, which can be caused by factors such as an increase in commodity prices or VAT, and more general inflationary conditions. When monetary policy is relaxed and labour is becoming scarce, an inflationary spiral can develop.

During the so-called Great Moderation, before the Global Financial Crisis, when inflation was low and GDP growth was steady, central bankers flattered themselves they had mastered the art of managing expectations and keeping inflation under control. With hindsight, we can see they had rather an easy wicket. A substantial increase in the global labour supply helped depress wages, keeping inflationary pressures low, as Charles Goodhart and Manoj Pradhan have argued. Meanwhile, asset price bubbles were created. Targeting only consumer prices and operating within a restricted policy framework, central banks failed to see what was going on under their noses in the financial sector. Since the crash of 2008, central banks have in essence been making up monetary policy on the hoof, hoping for a return to normality but aware they have little idea what that really means.

The response to the pandemic has seen governments increase borrowing substantially, to help support jobs and businesses, and central banks have cut interest rates and increaseed their QE programmes. Jim O’Neill may be right to suggest that bank lending has been forced by government, but that is beside the point. Governments erroneously restricted spending after the GFC: today, so far, fiscal rules have been ditched. While it is hard to conceive of high inflation now, once recovery is fully underway the conditions may be more conducive and a modest increase in inflation would even be welcome. Brian Griffiths notes the calls for higher inflation targets and the current high levels of debt mean some governments might welcome higher inflation too.

But Brian does not mention one other reason why we should beware the spectre of high inflation: the economic policy consensus is crumbling, with so-called Modern Monetary Theory (MMT) ready to take its place.

MMT, as propounded by Stephanie Kelton in a recent book, reminds us that many countries, the UK included, manage their economies with floating exchange rates independent of any other currency or gold standard. In such circumstances, the distinction between printing money and issuing government bonds is artificial: the former is exchanged for the latter. A government that creates its own currency can always “pay back” its debt. It can simply “print” money as required, with the only constraints being the capacity of the economy to absorb it.

The implication is that the US and UK governments can create currency to spend on whatever real-life economic activity is required, until the economy is operating at full capacity, which is the point when inflation becomes a problem.

In contrast, Eurozone economies, because they individually cannot create more euros, do not control their own currency so must pay for additional spending via euros received through higher taxes, spending cuts elsewhere, or extra borrowing. This is why the UK would never have faced a crisis like that experienced by Greece, despite the Coalition government’s claims.

MMT holds that rising inflation (more than a one-off rise in prices) can be controlled by fiscal policy. Here is where risks lie. Fiscal policy changes take more time to be effective than changes in interest rates. Moreover, raising taxes can be politically controversial, with the temptation being to play down the risks of inaction.

It is easy to see why the US and UK authorities are keen to operate as if we were still on some sort of currency standard; they fear a return to hyperinflation, such as that experienced by Germany in the 1920s or Zimbabwe in recent times, as the currency falls and more money is printed.

Yet the MMT perspective will become increasingly attractive across the political spectrum as spending pressures rise, particularly since there is already a growing suspicion that central banks will never fully reverse their QE programmes.

Brian Griffiths’s policy solutions at the end of his article are a mix of supply side proposals, with which it is hard to disagree. However, without sufficient demand in the economy such measures, while necessary, will not be adequate. They need to be part of a more comprehensive economic and monetary policy if we are to prosper as we emerge from the destruction of the pandemic.

We have an economy characterised by a forced constriction of supply and by suppressed demand. Government measures to tackle the coronavirus have restricted the ability of businesses to operate and have put barriers in the way of consumption. While the proportion of household income saved or paying down debt has increased, millions of people are on furlough or receiving other support. Many do not know when they will be able to work full time, or if there will be a job for them as the lockdown relaxes further: the Bank of England forecasts a rise in the unemployment rate to 7.5 per cent by the end of this year. Business investment has dropped substantially. Uncertainty about the future is likely to keep demand low compared to pre-pandemic levels.

Further action from government is necessary, going well beyond the measures Brian Griffiths proposes. First, the government should step in and invest. This is what John Maynard Keynes called the “socialisation of investment”, which he regarded as essential for the preservation of a capitalist economy that maintained individual rights and responsibilities. Low interest rates cannot alone prompt businesses to increase investment, if businesses are not confident about the future.

Second, the government should always be the employer of last resort. This is a policy that many of us called for after the financial crisis and there was a temporary version of it in the UK, called the Future Jobs Fund. The furlough scheme is not such a measure because its purpose is to pay businesses to keep people on payrolls when they are not able to work rather than to create new jobs, and it is coming to an end soon. The government should guarantee decent quality jobs for a decent wage for everyone. As the economy recovers, people can move back into the private sector as companies bid for their labour.

Despite the current low rate of inflation we do need to remain vigilant. The risks of very high, uncontrolled, inflation are there even if over the medium to long term. Such risks arise from a combination of economics and politics in a time when there is diminished consensus about how economies actually work.