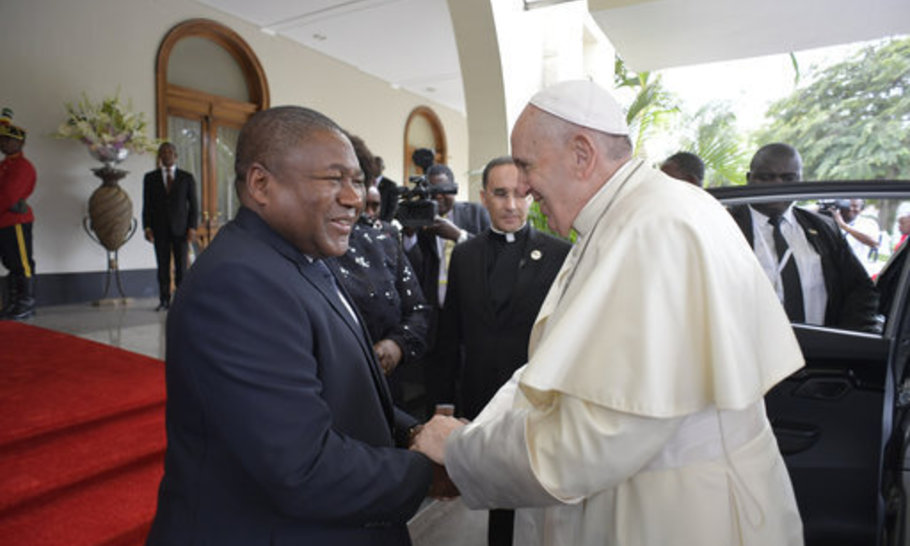 When the Pope called for world peace at Easter, it was hardly deemed worthy of serious reporting, despite the passionate and detailed messages contained in the latest missive; there is, after all, a body tasked with preventing conflict in the world – the United Nations. We should perhaps not be surprised, given the secular bias of the Western press and governing institutions. But maybe some of the world’s political and media elite should ask themselves a very basic question. How many people do they know who can name a) the Pope and b) the United Nations Secretary General? My sense of it is that rather more people would get a) Francis than b) Antonio Guterres. Indeed, it could be argued that the Pope’s latest interventions – not least his visit to Iraq — place him at the forefront of the world’s peace-making efforts, overshadowing those of the UN, or anyone else, for that matter. So, has the Pope taken over from the UN Secretary General as the world’s globetrotting peacemaker?

At the end of the twentieth century’s two catastrophic wars, world leaders thought banding together in an association that stood against conflict and for peace, development and prosperity would ensure war could never happen again. President Woodrow Wilson won the 1919 Nobel Peace prize for his efforts in setting up the League of Nations, but the US never actually joined the League. Ultimately its failure was noble but still dismal. The second attempt, the United Nations, at least had the US as a permanent member of its Security Council. In its first major test, the 1950 invasion of South Korea, the UN faced down both the two great murderous Communist despots, Stalin and Mao Zedong, and its multinational UN force fought them to a standstill in a three-year war. But the cost in loss of life ran into the millions; the Americans alone lost 36,000 killed, the fifth most lethal war in its history.

The UN never again involved itself in a large-scale “shooting war”. Instead, it expanded beyond peacekeeping to focus on humanitarian, educational, cultural and environmental functions. When it sent troops on a peacekeeping mission, they were not permitted to use armed force (except in self-defence). Their helmets were painted blue, indicating that they were on UN duty and carried the authority of the august body that sent them. In some instances it worked. Then came genocidal massacres in Rwanda (1994) and Srebrenica (1995), where blue-helmeted UN troops were forced, literally, to watch wholesale rape and murder happen before their eyes. The “blue-helmet bluff” had been called and they were simply ignored. The problem with authority is that, like trust, when it’s gone, it’s gone.

When Jorge Mario Bergoglio, the Archbishop of Buenos Aires, became Pope in 2013 he took the name Francis from Saint Francis of Assisi — mainly because Francis was “the man of peace…he is the man who gives us this spirit of peace”. From the outset the new Pope made clear that he was not only going to be tough on war, but tough on the causes of war. In his first Apostolic Exhortation, Francis set out his position: “Until exclusion and inequality in society and between peoples are reversed, it will be impossible to eliminate violence.”

In 2015, the Vatican played a key role as both arbitrator and facilitator of a reconciliation between the US and Cuba, after more than sixty years of hostility. In the same year, the President of Catholic Colombia, Juan Maria Santos, visited Francis in Rome after peace talks with FARC guerrillas had stalled. “You are the person I have prayed for the most in this peace process,” the Pope reportedly told Santos. “That’s why I came to ask for your help,” the Colombian President responded. In the following year a peace settlement brought conflict to an end after more than fifty years of conflict.

Papal travel abroad had been rare before the modern era: Pope John Paul II (1978-2005) made more foreign trips than all previous Popes put together. This legacy has been built on by Francis, who has felt impelled to go to the seat of conflict to bring his mission of peace, if diplomacy alone was not enough. In 2015, Francis visited the Central African Republic — civil war, never far from this troubled land, had broken out there two years before – and in a remarkable interfaith gesture travelled to a mosque where 15,000 Muslims were besieged by Christian militias, despite the great personal risk.

Although Africa is not “as Catholic” as Latin America, the Church’s influence there comes also from its role as one of the most significant providers of health, education and other welfare services in the continent. The risks involved with visiting a war zone heavily mitigate against a papal visit, but this has come to be used as a lever in peace negotiations — offering a papal visit as a “carrot”, if only the warring factions would come together. Civil war had broken out in predominantly Christian South Sudan in 2013 only two years after the world’s youngest country had come into existence. Francis announced his intention to visit the country in 2017, but his security could not be guaranteed and two years later the leaders of the warring factions were invited to the Vatican for a retreat, which Francis ended by kneeling before them and washing their feet. Hostilities were brought to an end last year, but Francis has yet to make his visit, partly because of security concerns, but also because (according to the Archbishop of Canterbury, Justin Welby, who was also involved in peace efforts): “You’re playing a heavyweight card and you have to get the timing right.” Welby said of a papal visit: “You don’t waste a card like that on anything that is not going to work.” Welby eventually went on his own but his visit attracted little coverage.

One war-torn African country that the Pope did visit was Mozambique. The Vatican announced the Pope’s intention to visit in 2018, a visit eagerly anticipated by the country’s president. All sides realised a visit would be unthinkable if fighting continued. Francis arrived in September 2019 (pictured), a month after a ceasefire was signed.

The Holy See’s influence in world affairs is hardly new. In the medieval period the authority of the Pope provided the basis for dispute resolution where the protagonists were the leaders of Catholic countries. They were, therefore, doctrinally obliged to accept papal authority. But into the modern era, Popes began to expand their influence beyond their “comfort zone” of Catholic countries. During the Cuban missile crisis of 1962 that brought the world to the brink of nuclear war, Pope John XXIII responded to an appeal by the first Catholic US president, John F Kennedy, by issuing a letter that was reprinted in newspapers around the world, including even Pravda, the organ of the Russian state, under the headline: “We beg all governments not to remain deaf to this cry of humanity.” Soviet leader Nikita Krushchev was given a way out: he could withdraw his missiles without appearing to have backed down. The single worst threat of nuclear Armageddon had been averted.

Francis’ first visit after the relaxation of pandemic measures was to a country plagued by war, Iraq. He concluded the visit by meeting Grand Ayatollah Sayyid Ali al-Huayni al-Sistani, one of the most senior scholars of Shia Islam, who — like Francis — rejects ostentation and lives in a modest house, not any of the palatial accommodation available to him. Millions turn to al-Sistani for guidance on matters from everyday life to politics, as well as theological issues; he is universally considered a force for good and has twice been nominated for the Nobel Peace Prize. In Alistair Burt’s piece for TheArticle on the Pope’s visit to Iraq, the former Foreign Office minister quoted what an Iraqi community leader had once said to him: “The mistake all you Westerners make is to assume that in meeting a government minister you are seeing someone who can get things done, as in your system. A government broadcast will interest a few thousand citizens at most. If a religious cleric speaks on television and tells people what to do, millions of people will obey him.”

The picture of an 84-year-old (Francis) holding the hands of a 90-year-old (al-Sistani) was, of course, just a good photo-op. Or was it? Stalin famously said “The Pope! How many divisions does he have?” But Churchill’s response was that Stalin “might have mentioned a number of legions not always visible on parade”. We may find that the soft power of two old clerics holding hands could go some way to filling the vacuum created by the sad hollowing-out of the standing of a particular piece of coloured headgear. Let us return to the question with which we began: “What is the point of the Pope’s Easter message on world peace?” The answer may be: rather more than an atheistic commentariat would have us believe.