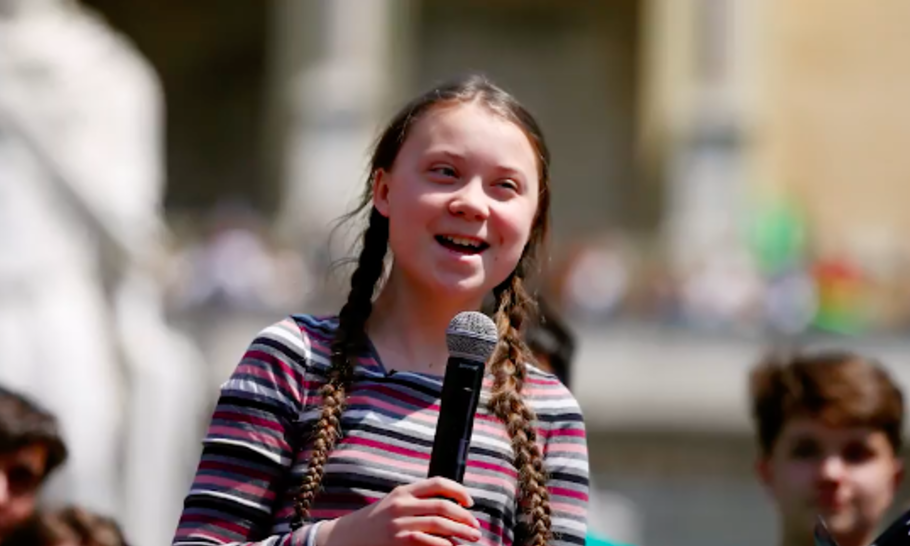 Greta Thunberg is neither saintly nor sinister. She is sixteen and she wants to save the world. This is unsettling for the adult world, but completely normal in the adolescent one. Unusually, Greta ’ s dream has come true: the politicians and the public have been forced to listen to her. Unfortunately, that does not make her demands any more realistic.

Extinction Rebellion, of which she has become the de facto leader, are demanding that we — meaning not just the British, but the world — should “ panic ” and move to zero carbon emissions by 2025.

Anything less is not good enough for Greta, who claims to speak not only for her own generation but for future ones too. Except that, as she told the world, “ we probably don ’ t have a future any more”.   Speaking alongside a panel of politicians whose attention most activists would kill to obtain, she told them: “ Nothing is being done. You don ’ t listen to the science. ”

As none of the politicians present dared to utter a word of criticism, let me respectfully point out that Greta has no basis in fact to make such claims. Quite apart from the fact that she is unelected and unqualified, her demands are impossible to meet. Even if the British economy ground to a halt, zero emissions simply cannot be done in six years.

Nor is not true that nothing is being done by the British. It was a British Prime Minister, Margaret Thatcher, who first drew the world ’ s attention to the problem of climate change. We have cut our emissions to their lowest level since the 1880s and we lead Europe by some measures, including switching to electric vehicles — although they too cause emissions. Greta dismisses all such evidence as “ lies ” , but that is not a scientific attitude.

However, the apocalyptic future predicted by climate alarmists, of whom Greta is one, seems not to be susceptible to refutation. By Karl Popper ’ s definition, only a theory that can be falsified qualifies as scientific. Those that cannot be falsified are not science, but ideology. The more extreme opponents of man-made climate change are clearly promoting an ideology — and a pernicious, illiberal one at that. If their ideas were put into practice, real scientific progress would cease, history would go into reverse and much of the world would starve.

Greta believes in a conspiracy theory: that the “ future has been sold so that a small number of people can make unimaginable amounts of money ” . She provides no evidence for this claim, which is the opposite of the truth. The Climate Change Act 2008, which has reduced emissions and been imitated around the world, has cost the UK economy some £ 300 billion, according to a report by Lord Lilley, the former Cabinet minister. Whether or not you think this is good value for money, it is a big sacrifice by everyone in Britain.

Indeed, it might be argued that policies to prevent climate change driven by “ panic ” have made the rich richer and the poor poorer. Many fortunes have been made from subsidised renewable energy, but green taxes have sparked taxpayer revolts around the world. One government after another has been toppled by voters who reject policies that seem to hit the poor hardest. The more alarmist climate activists sound, the more sceptical public opinion becomes. Indeed, Donald Trump — whom Greta says she sees no point in meeting — was elected not in spite of his climate scepticism but partly because of it. In fact the US has reduced its emissions even under Trump, but he is acutely aware of the fact that Xi Jinping refuses to hamper China ’ s economy by taking any measures at all to follow the West.

This is not to deny that the earth is gradually warming and that it makes sense to take measures both to minimise that warming and adapt to it. What does not make sense is to use guilt as the basis for public policy. Yet Michael Gove, the Environment Secretary, admitted as much, telling Greta that he felt guilty that “ we have not done nearly enough ” . But the truth is that he could never do enough to satisfy Greta.

She is not the first teenage girl to capture the public imagination. Six centuries ago, Joan of Arc miraculously saved France in the Hundred Years ’ War; she paid for it with her life. More recently, Malala, the girl from Pakistan who was shot in the head by the Taliban, has inspired girls across the Muslim world to demand the right to be educated. There are many other examples.

But just because Greta is young does not mean she should be obeyed. The great British public has more common sense than our political leaders. Policies on climate change, like those on any other subject, should be evidence-based and pragmatic, respecting the democratic principle of consent, not arrogantly imposed at the behest of lobbyists. Gove was right to tell Greta that she had been heard. She certainly has. Could she and her disciples now leave London in peace, please?