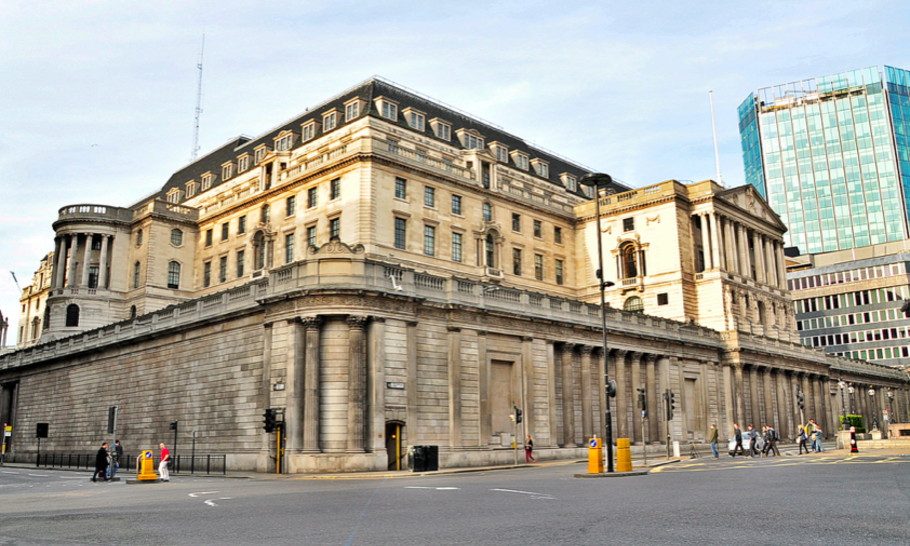 I had the privilege recently of driving a fast car over 130mph on a steeply banked test circuit. At a certain speed, no steering was required as the physical forces balanced and the car steered itself around the track. At higher speeds, a firm grip of the steering wheel was necessary to prevent the car veering up and off the edge into the crash barrier.

If I focused on the road in front, the steering was difficult and a constant matter of adjustment and readjustment to retain control. Looking ahead and round the curve of the track, however, and the steering was easier, the adjustments required smaller, and any dangers better anticipated. Perhaps members of the Bank of England Monetary Policy Committee should enjoy a similar day out. It might help them think about how they should set interest rates.

The Bank of England will be feeling pleased with itself following its decision to raise interest rates this month. It now appears more hawkish than the Federal Reserve or the European Central Bank. This does not change the fact that it should have acted sooner.

The Bank ’ s Monetary Policy Committee (MPC) kept interest rates unchanged at 0.1% in November, the level that had persisted since the start of the pandemic in early 2020. This was despite some strong hints beforehand that a rate rise was likely. In the event, MPC members baulked and decided they wanted more data. Conveniently, between the November and December meetings there were two months ’ worth of labour market data releases, and the Bank looked to these to help guide its next decision.

The November non-move surprised markets and there was discussion about whether the Bank was continuing to be an “unreliable boyfriend”, a reputation acquired under Mark Carney ’ s governorship. Under Carney, the Bank deployed so-called “forward guidance”, with which it sought to provide some certainty about future rises in interest rates linked to falls in the unemployment rate. Despite its own guidance, the MPC hesitated to raise rates as unemployment fell because members exercised their judgement and prioritised other factors. Hence the “unreliable boyfriend” tag.

This autumn however, the Bank had signalled reasonably strongly that it was likely to move rates, hence the surprise when it did not. Subsequent data duly showed a labour market stronger than the Bank had expected and the 5.2% inflation rate in November exceeded the Bank ’ s prediction only a month ago for it to peak at 5% in April. The Bank now thinks it will peak at 6%. The jump in the inflation rate required the Governor to write a letter of explanation to the Chancellor of the Exchequer. The Covid virus also surprised, by mutating a new variant which threatened to throw 2022 predictions once again up in the air. The MPC looked past Omicron and raised interest rates by 0.15%.

The Bank missed an opportunity to ride a wave of inflation expectations and signal it would respond to inflation risks. Interest rate changes take time to fully affect economic behaviour and to look to the labour market for inspiration is to look at a lagging indicator. The risk of higher, embedded, inflation had been rising throughout 2021 and the potential for higher inflation has been evident for at least the past 18 months . The Bank itself had been noting survey data suggesting that household expectations of higher inflation in the medium term had been rising.

So it was that, despite the Omicron variant threatening economic growth, the MPC felt it had to raise the interest rate, in the words of the Chief Economist Huw Pill, “ in order to ensure the credibility of our objective, our inflation target”. Already playing catch up with the inflation rate, MPC members felt they had to do something, otherwise people might conclude they were relaxed about an inflation rate heading for three times the Bank ’ s target. Yet at 0.25% interest rates are still well below the pre-pandemic level of 0.75%.

Most likely an additional reason for the delay in acting was that the Bank had only just completed its latest tranche of Quantitative Easing. Rather than reduce the bond buying programme it announced as part of its pandemic response, which has helped fund the increase in government borrowing, it has preferred to honour that announcement and complete it. There is a certain institutional tidiness to waiting until that point before raising rates.

In 2008 and 2011, the Bank could look through higher inflation and keep rates unchanged, but that was because monetary conditions were tight and, in 2011, the Government was on an austerity drive. That was good inflation risk management, it turned out. Today, monetary conditions are looser (banks are not building up their balance sheets) and governments are increasing spending and borrowing, supported by their central banks. Pandemic-induced price rises may arise from temporary supply and demand shocks, but monetary and fiscal conditions make it easier for households to avoid cuts to disposable incomes by fuel and food price rises, with higher wages. The risk of persistent higher inflation has been increasing.

Interest rate decisions are matters of informed judgement, not of rigid formulas or a reliance on economic models that struggle to reflect the real world. Whatever decision the Bank makes, it will have its critics. The argument here, however, is that the Bank needs to reflect more on how it manages inflation risks. Rather than look further ahead to the curve of the track the economy appears to be on, the Bank has focused too much on the road directly in front. The danger in doing so is that the 0.15% rise is now too little because too late.