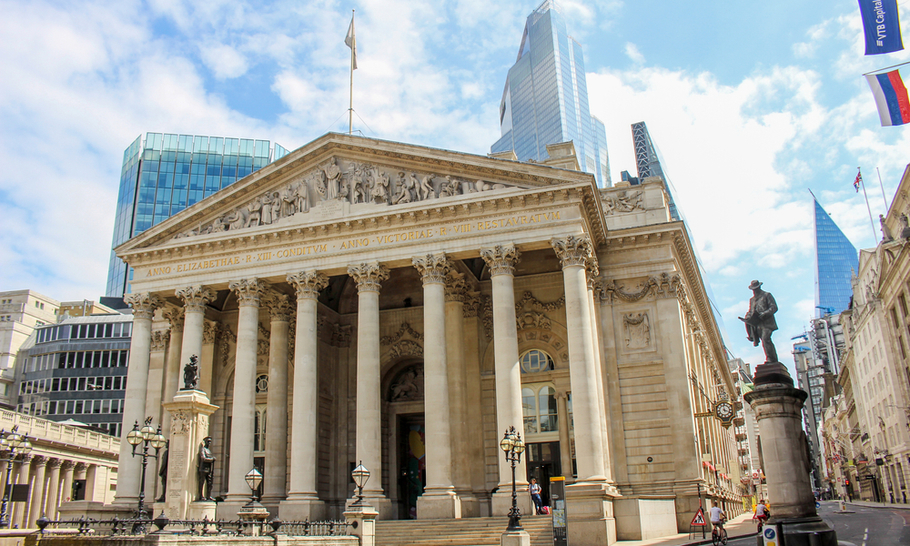 Despite the recent rise in the inflation rate, there was no surprise when the Bank of England decided at its June 24 meeting to keep its interest rate and level of quantitative easing (QE) unchanged. The interest rate has been held at 0.1 per cent since the pandemic began and the Bank has yet to finish the latest increase in its bond buying programme. The Bank faces a dilemma. Recent price increases may only be one-offs as the global economy emerges from the depths of the pandemic. Alternatively, they could be the tinder priming an inflationary explosion, with the Bank ’ s own monetary policy an accelerant. The case that the latter possibility should be given more attention has been made comprehensively here by Brian Griffiths .

The UK ’ s Consumer Price Index (CPI) has risen sharply so far this year, with the annual inflation rate at 2.1 per cent in May and a long way from the 0.2 per cent rate seen ten months previously. The minutes of the Bank’s Monetary Policy Committee (MPC) meeting state that inflation “ is likely to exceed 3 per cent for a temporary period”, due to rises in energy and commodity prices. Indeed, the MPC notes that “ it is possible that near-term upward pressure on prices could prove somewhat larger than expected”.

Commodity prices have risen substantially. The Bloomberg Commodity Index , which tracks a basket of energy, metals, and soft commodity prices, is at the highest levels for over five years, up 20 per cent this year, and 46 per cent higher over twelve months. The Brent oil price, at around $75 a barrel, has risen almost 50 per cent since the beginning of 2021, is up 86 per cent over twelve months, and is higher than in 2019.

MPC members believe these price rises are transitory. As pandemic conditions have eased, so demand for goods and services has increased. Supply has not kept up, partly due to transport logistics challenges, and supply costs have risen. Demand is higher not simply because people can now socialise more in many countries, but because their confidence in the future has improved. Furthermore, those with incomes above a low level have mostly been paying down debt or saving over the past year and no one quite knows yet what will happen to that extra cash.

The Bank has looked through higher inflation before. In April 2008, with inflation at 2.5 per cent, the MPC believed there was “a high probability of [CPI inflation] temporarily reaching or exceeding 3%” later that year . In fact, inflation peaked over 5 per cent six months later. Commodity price rises had contributed to the rise in inflation, but it was especially the increase in the oil price to $140 a barrel that pushed up consumer prices. The financial crisis was building, credit conditions were deteriorating, and the outlook for demand was poor. The inflation rate subsequently fell rapidly.

In 2010, the MPC believed a rising inflation rate would be sustained for some time, which it believed could “ probably be explained by one-off shocks to the exchange rate, commodities and VAT ”. In February 2011 it noted that commodity prices continued to rise , but it made no change to interest rates or QE. Inflation peaked again at just over 5 per cent later that year, before falling rapidly.

The MPC, then chaired by the Governor Mervyn (now Lord) King, was right to look through the short-term rise on both occasions, but months passed with the inflation rate well above the 2 per cent target to which the Bank assumed it would return, on the basis of its assumptions and modelling. Bank forecasts tended, in Lord King ’ s own later words, quoted by Brian Griffiths , “ to revert to the target in the medium term”. Commodity price shocks would elicit a supply response in time and credit conditions were still poor, which meant price rises would be taken as a hit to household incomes and profit margins, rather than passed through to wage increases or further price rises. This is indeed what happened. The Bank cut interest rates in 2008 as the financial crisis worsened and held them in 2011. So it was that the real incomes of many were permitted to fall further, compounded by the impact of “austerity” measures.

The situation this time round seems to be different. At a macro level, the economy has already recovered its pre-pandemic levels. The level of investment in mining suggests that the supply of some metals will continue to lag demand, supporting price rises. Unlike ten years ago, banks are not rebuilding their balance sheets, so QE is more likely to affect the real economy. Governments are increasing borrowing and spending. Demographic changes probably do, longer term, support higher wages and prices. All these factors mean that investors, businesses and consumers should judge the risk of higher inflation as having risen.

Higher risk of higher inflation is not the same as saying that “ the 2 per cent genie is out of the bottle”. For the moment, inflation expectations are not racing away. We are still dealing with price rises, rather than general inflationary conditions. The Bank ’ s latest survey of public opinion shows the expected future inflation rate, while above 2 per cent, to have fallen slightly. In financial markets, inflation expectations, as shown by the difference between government bond conventional and index linked yields, have fallen since the beginning of the month. The Federal Reserve in the US has been influential here; without changing policy, members of its rate-setting committee signalled that they expect interest rates to rise earlier than previously assumed. This has stopped the “reflation trade” in its tracks, at least for now. There is a strong case for the Bank of England giving a similar message, in one way or another, as it looks through higher inflation rates, as in the past.

The higher inflation thesis relies on changes to political economy. It assumes that governments will not rediscover fiscal conservatism and that the Bank of England will continue to support government borrowing, even if it continues to play down this the impact of its policy decisions. It is important to distinguish between what governments and central banks say, and what they actually do. Governments may be happier with a higher level of debt, but can we be sure there is a limit? Will they be able to control spending, since over the past year spending has soared with little negative impact, while the pandemic has highlighted urgent needs for government support resulting from years of underspending? Central banks say they are not aiming to finance government deficits through QE, but what is happening in practice? The attractions of Modern Monetary Theory persist.

The inflation risks are real. While governments will be facing calls for new spending commitments, they do need to focus on measures which expand the productive capacity of their economies. At the same time, they should acknowledge that as we emerge from the pandemic there will be all sorts of distortions in the economy and in the data, which will take some time to level out. Nevertheless, neither governments nor central banks should continue to act as if a benign low inflation future is predetermined.