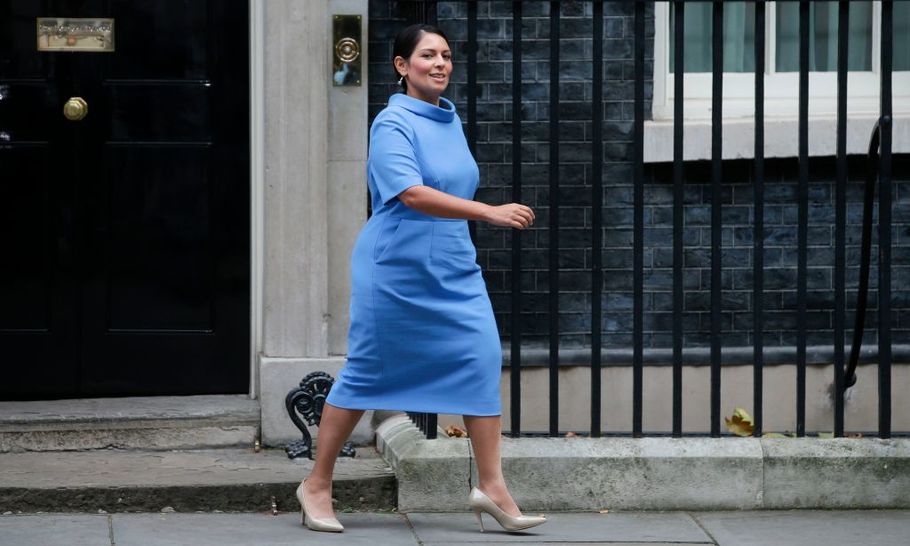 Ever since the day she was elected, there has been a buzz around Priti Patel. Straight talking, personable and with a background which would make the son of a bus driver green with envy, it seemed almost certain in 2010 that the new MP for Witham would sail to high office without a hiccough. Yet, as with a lot of things which seemed certain in 2010, it was not to be. As Boris’s new Home Secretary, Patel has – at last – become a household name, but the path to prominence has been anything but smooth.

Patel was born in Harrow to Sushil and Anjana Patel, an Indian couple from Gujurat who later moved to Uganda. In the 1960s, shortly before President Idi Amin announced the expulsion of Ugandan Asians, they emigrated to the UK and settled in Hertfordshire, where they established a successful chain of newsagents in London and the South East of England.

Like a good chunk of Boris Johnson’s new cabinet, Patel attended a state school (Watford Grammar School for Girls, a non-selective comprehensive, despite its name), before studying Economics at Keele University. Upon graduating, she took the “David Cameron trail” into CCHQ – bagging a job in the then leader William Hague’s press office – and then PR. Unlike her new colleague Sajid Javid, her early career could hardly be called glittering, but if the aim was to fill her black book with high profile Tory Party connections, it worked: in 2006 she was recommended for David Cameron’s A-list, and in the 2010 General Election, she duly won the safe Conservative seat of Witham.

As a teenager, Conservative Prime Minister Margaret Thatcher became her political heroine: according to Patel, she “had a unique ability to understand what made people tick, households tick and businesses tick. Managing the economy, balancing the books and making decisions – not purchasing things the country couldn’t afford”.

This love of Thatcher, and her right wing instincts, have been the driving force behind her political career. A lifelong eurosceptic, she took advantage of David Cameron’s decision to allow members of his government to argue on both sides of the EU referendum and played a prominent role in the leave campaign – where she shone. As an Asian woman, she was always going to be popular with her Vote Leave colleagues, but managed not to become a poster girl: instead, she put her considerable campaigning skills and media nous to work, and led from the front.

In person, she comes across as easy-going, straightforward and decent. The one time we met, I was in a Chinese restaurant in Pimlico with a group of five senior MPs, feeling distinctly out of my depth and wondering how I’d got there. She cheerfully filled me in on the (trivial) gossip being discussed, before insisting I try her pork dish, and admiring my earrings. I instantly felt completely at ease. Though the ability to make small-talk and be friendly to one’s juniors should be a prerequisite in most jobs, few MPs – and even fewer cabinet members – have mastered it. Patel’s manner will surely be a breath of fresh air to the police force, which in recent years has had to contend with Sajid Javid’s stilted awkwardness, and Amber Rudd’s enormous sense of entitlement.

Her ethnicity, sad to say, will also be in her favour at the Home Office: white, middle class left wing commentators will find it difficult to screech “racist” at an Asian woman, however she approaches the immigration question.

Able though she is, however, the Home Office will prove a challenge for Patel. Boris is, of course, much less PC than May, but the position is still incredibly sensitive – and there is no room for gaffes. If Patel makes another naive blunder like she did at Dfid (she held meetings in Israel without the permission of the Foreign Secretary – then allegedly lied about it), the fallout could bring down Boris’s government. Equally, if she fails to master the detail of her brief – something she was accused of in her previous role – she could spark another Windrush-style scandal.

In Priti Patel, Boris Johnson has chosen an energetic, decisive Home Secretary, with a head for politics, and masses of support on the right of the Conservative Party. But whether the woman who was sacked just two years for “falling below the high standards expected of a Secretary of State” (her own words) is up to the enormous task our new Prime Minister has just given remains – like so much else – to be seen.