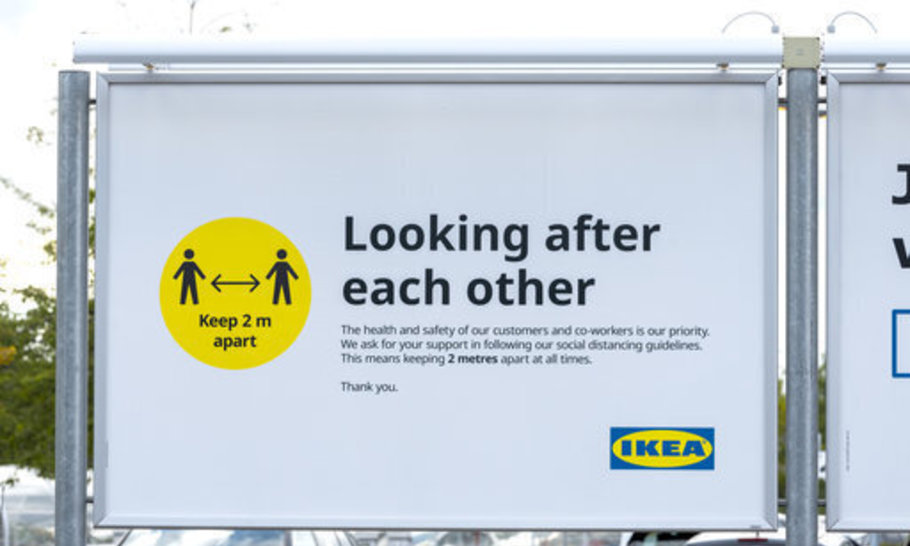 The launch of GBNews was not a surprise event. Neither was the prospect that an organisation of extremists who call themselves Stop Funding Hate (SFH) would try to force businesses that advertised their wares on the television channel to cease doing so. I even briefly mentioned it in my article on the new news channel. And yet numerous businesses were still caught out by SFH’s campaign, which appeared to amount to little more than a number of hostile posts on Twitter. Some of the targeted businesses quickly gave in but, following a public backlash, just as quickly reversed their position. Again, this was not a surprise.
The Co-op had been through precisely the same experience last year, when a Twitter post from a single pseudonymous activist had resulted in an almost immediate online declaration that the business would no longer advertise in the pages of the Spectator. The matter escalated quickly when the magazine’s chairman, Andrew Neil, who occupies the same position at GBNews, banned the Co-op from ever advertising in the magazine again. The matter was amicably resolved when Neil’s opposite number at the Co-op intervened. The fate of the social media professionals (SMPs) who stirred up the controversy remains unclear.

The Co-op was also targeted by SFH, but had a response prepared this time, which allowed the business to evade the wrath of the activists.
What is clear is that SMPs employed by numerous businesses were making managerial and executive decisions way above their station. And, having made these decisions, they quickly broadcast them. It was left to the people who were actually paid to make those decisions to pick up the pieces and repair the damage. So, what is going on?

The first thing to understand is who the SMPs actually are. They will most likely be people in their early-to-mid 20s, probably with a degree in the humanities, from which they have been able to convince a prospective employer that they have skills in communications and possess excellent written English. This will probably be their first or second job, and they are likely to have been doing it for no more than two years. They would have been recruited by their firms because, having grown up entirely during the rise of social media, it is expected they are better attuned to it than someone older. They will have little or no business acumen or real understanding of how a business operates. They are seen by their superiors as a cost of doing business in the internet age.

The firms probably regard the role of an SMP as being a hybrid of advertising, marketing, public relations and communications, possibly a step up from working in a customer service or cold-calling call centre. The cold tweets made by these SMPs would be honed by the SMP team and probably extensively peer-reviewed before being posted. It is also likely that there is a strict policy of response to tweets from the general public, and that the policy includes the need for a response to be made as quickly as possible, to demonstrate the company’s responsiveness on social media.

These firms are wrong. Social media has now expanded into the realms of customer support. And the SMPs appear to neither have customer support experience nor received training in situations or expectations management. SMPs are just sophisticated messengers in want of direction. They also have little experience of diagnostic problem-solving or evaluation. Firms have hired the wrong kind of people to manage their real-time social media presence, which is why they are experiencing real-time social media disasters that cause lasting reputational harm.

What is catching out the SMPs are inquiries by activists of a political nature. Politics is being forcibly expanded by these extremists to intrude into almost every aspect of life and leisure. It does seem as though there has to be a “party line” on every facet of human activity. And it is this expansion that is now affecting most businesses.

Extremist activists do not actually need much excuse to attack or inconvenience businesses, as it is almost programmed in to them, especially if the business is an open success and making, in the eyes of the extremists, far too much money. Whenever there is a riot on Britain’s streets, it is the retail businesses in the proximity of the public disorder that are wrecked and robbed, usually with the exception of a book store. The online activity of extremists is simply a version of this rioting, but in cyberspace.

Given that the SMPs probably have a very strict set of rules governing what they post online, and also how quickly they have to respond to public inquiries, it is possible that circumstance has forced the erratic responses. There is also the fear that the wrong kind of response could destroy a commercial reputation, built up over decades, in a couple of hundred characters sent out into the world and seen by millions of potential customers. Jon Ronson’s book So You’ve Been Publicly Shamed is full of case studies of people who have sent out information subsequently condemned by the public and whose lives have thereby been ruined. Rapid concession to extremists, followed by an equally quick reversal to stem the backlash, may be seen by SMPs, in the absence of direction from management, as the least worst option.

It is also unlikely that any SMPs from any firm that has had to reverse their position following a public backlash have actually lost their jobs. They can be exonerated for “only obeying orders”, especially if standing orders led to the situation in the first place.

However, it is also likely that businesses that face boycott threats from pseudonymous online extremists and who then concede may, even if they reverse their concession, attract adverse attention. They may even suffer boycotts from the more reasonable sections of the public who will condemn the businesses for their cowardice in the face of a few online hotheads. Ikea decided to concede to SFH over advertising on GBNews at almost exactly the same time as the firm was convicted in France for illegal human resources practices. Attention has also been drawn to Ikea’s supposed “progressive” reputation in the UK compared with the firm’s willingness to open branches in Saudi Arabia, a country where homosexuality may result in execution, and theft can be punished by amputation (the country actually has no criminal code and Sharia Law predominates).

It is likely that a wealthy multinational, like Ikea, will be able to weather the reputational storm caused by its ambivalence, as no-one really associates such large firms with sincere virtue. However, this may not apply to large British firms if they do all of their business in the UK.

Based on my years of experience in technical customer support, incident management and being part of a team of official spokespersons for a multinational IT firm, I have drawn up a 3-stage plan. Any business may build on this plan to manage online activity from extremists that try to drag a firm into a political argument. My plan (Part 2) is on TheArticle. It will not solve all the problems, but will help to neutralise them.