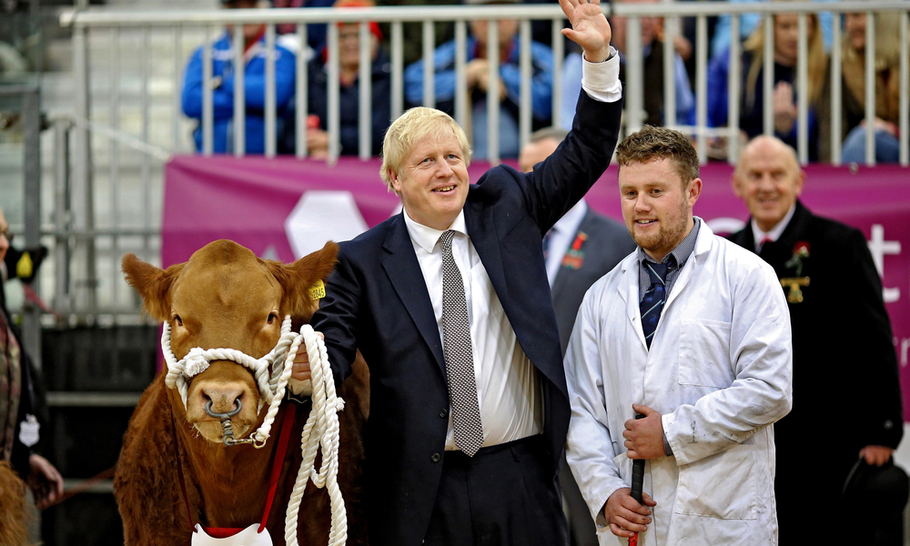 So, to summarise the recent complex of useful distractions: Johnson banned parties and then hosted them; Starmer condemned Johnson for his social largesse and then hosted one of his own. Or something.

I do not know about you, but I am more amused than outraged by this chaotic kaleidoscope of moral expediency. It is not astonishing to me that the politically ambitious are capable of shamelessness. And it is always enjoyable when they are rumbled.

I have found the mental gymnastics of our political class quite wonderful to watch. Wittgenstein said that to look for clear and essential definition of any activity is forlorn. The example he used was that of the “game”. What do chess and baseball have in common? What is the set of necessary and sufficient conditions which define the essential properties of a game, and which demarcate one game from another?

How many people must attend in order that a group of sentient human beings can be classed as forming a subset we can label: “a party”? Say it is thirty: if one person leaves every five minutes, at what point does it cease to be a party and transmute into a work event? Does it count as one if no work is, you know, actually done?

Vagueness is embedded into our mutually shared universe. But not in the subset of the human soul. We are what we are. And we are defined, in our essence, from birth to death. And beyond.

Human nature is fixed, and Shakespeare’s insight into the moral fragility of the human heart is both true in its analysis and unsurpassed in its expression. Iago’s hypocrisy is exemplary, not because of what he does but by the conjuring trick he pulls off: people do not connect his actions with his inner self. He operates a deep internal concealment which constitutes his evil, and thereby facilitates the actions which flow from it.
People attach the label “hypocrite” to those they find offensive, and they do so with distasteful eagerness. They invariably do so by highlighting some inconsistency of action. The person who bans parties and then attends one. The preacher who rails against sex outside of wedlock, and yet fathers an illegitimate child? These people are hypocrites, right?

Not necessarily. These people are doubtless liars who are guilty of significant moral obnoxiousness. And they should therefore be traduced and vilified. But “hypocrisy” does not affirm an inconsistency between actions; it more accurately should be described as a dysfunctionality located within the human soul. It is the wearing of a spiritual mask.

In his Shame and Necessity, the philosopher Bernard Williams rehabilitated categories of moral thought deriving from the eternal wisdom of the Ancients, discarded by the Enlightenment. Williams argued in that (brilliant) book that there are consequentialist assumptions of thought which have dumped on the wisdom of the Greeks.

To define hypocrisy in purely consequentialist terms is to consult a recent Enlightenment moral rulebook, one whose preface announces that the morality of an action is entirely contingent on its effects and has nothing to do with the moral texture of the person who is the primary actor.

But we all know that is not true: from the pub chat to the poker game, the complexities of the human soul are constantly expressed. There is a panoply of nastiness that has nothing to do with hypocrisy. And there is often decency in the nicest villain, something which is so difficult to explain in consequentialist terms.

Within the soul of every human person there is a tension between what we are versus what we want other people to think of us. Hypocrisy happens when we activate the latter in service of the former. Which means we are all guilty of it, to some degree or other.

And this is what makes hypocrisy — properly understood — a unique type of moral failing. It encourages versions of self-deception. The problem with being a hypocrite is not that you behave in inconsistent ways, but that you wage war against the requirements of your God-given nature.

It is, if you like, a form of self-harm.

When those in power instruct you (on pain of the dreaded “fixed penalty” notice) to behave in ways that they cannot match, then they are guilty of moral failure, certainly. But that failure is a necessary, rather than a sufficient, condition of acting as a hypocrite, which is a far more refined — and therefore far more insidious — species of wretchedness.