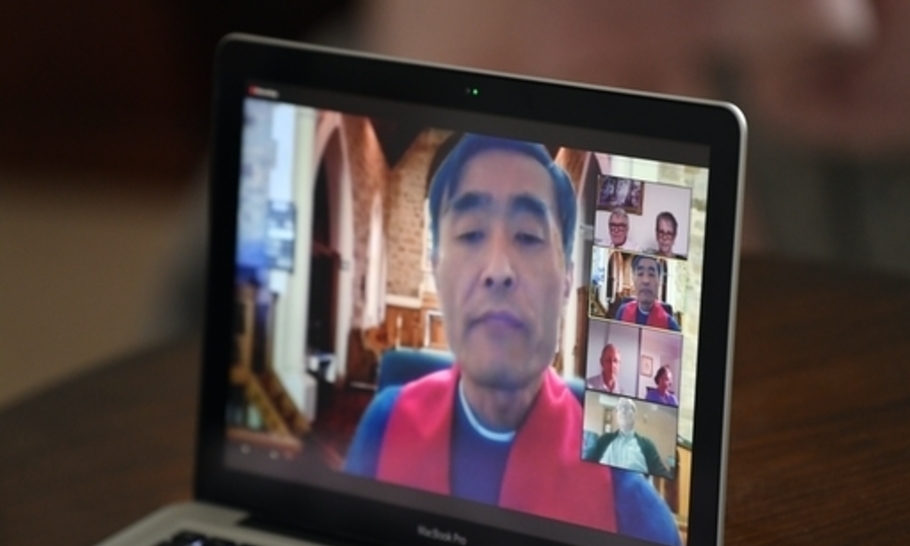 We are often told that in times of need or distress, people turn to religion. The nation, pretty much the whole world, has been stilled and quieted by lockdowns to prevent the further spread of the Coronavirus. As the Queen pointed out, people have time to “slow down, pause and reflect”. One might expect the Church to pipe up with a message of hope. But what exactly is it saying?

Quite a lot, it turns out, but you have to know where to look. It is not, as Jonathan Clark argued recently in these pages, “the dog that failed to bark in the night”. But anyone expecting an archbishop or senior theologian to be regularly on the news offering consolation and wisdom will have been disappointed. So far we’ve seen a handful of appearances by the former Archbishop of Canterbury, Rowan Williams, on Newsnight. His successor Justin Welby and the head of the Catholic Church in England and Wales, Cardinal Vincent Nichols have both appeared on ITV news.

BBC local radio are broadcasting “from-the-living-room” services by senior bishops, which the CofE is live-streaming on its website and Facebook pages. The Church says these have attracted some 2m viewers, not counting those listening via local radio. Unsurprisingly the most polished services come from the well resourced, well organised churches such as Holy Trinity Brompton. Other churches’ online offerings can be hard to find, variable in quality or both.

Your local parish church may be trying its hand at offering a service by Zoom, which may involve a screenful of bleary-eyed church-goers, one of whom forgets to mute their mic just as their other half, out of shot, starts singing in the shower. But in these lonely times, even the sight of familiar faces brings some cheer.

And by offering midweek services online, clergy have made them accessible to regulars who would not be able to get to the church building. Indeed, with lockdown starting shortly before Holy Week and Easter, clergy have found a new energy to embrace online tools to run extra services and keep their communities feeling connected. (Some 1,100 people have attended a church-run webinar on digital communications since the start of the crisis.)

But two groups of people are not well served by services held on a platform such as Zoom. First, the newcomer who might not know where online to look, wouldn’t want to be visible to all the other church members and might not know what sort of church they’d feel most at home in, and secondly, people who aren’t confident on the internet.

To cater for an increase in newcomers, the CofE’s website “A Church Near You” has been adapted to show people where they can find a church that’s live-streaming services. But users need to be fluent enough in church-speak to know whether they fancy a Said Eucharist or Morning Prayer. And if you’re grappling with big questions thrown up by the pandemic, why does the virtual church you visit need to be geographically near?

Web giants such as Amazon have accustomed us to being able to find what we want with ease. The CofE could go further in this direction. The homepage of the CofE website, which has seen a 217 per cent increase in traffic in the last month, does offer visitors a choice between online services by its senior figures, or finding your local service.

But could the CofE also publicise its most welcoming, coherent services from other Anglican churches, enabling users to search by style (traditional, modern, informal), even including the odd link to other denominations? There would also be scope to host podcasts by a range of its best thinkers about what exactly God might be doing or saying during this pandemic.

The Catholic Church doesn’t just list online Masses by geography, but also by start-time, which makes sense. And there are some impressive examples of online church out there, from congregations that were already live streaming their services before the pandemic, on several platforms. Glory House, an East London megachurch, even has its own app.

As for the second group of people, it’s easier for digital natives to forget how foreign the internet remains to some people. Over half of over-75s polled last year hadn’t used the internet in the previous three months. A good number are church-goers (one-third of churchgoers are north of 70), but the CofE cannot rely on digital communications to reach older people. Especially for people who are not online, but for anyone in need, the Church would do well during this pandemic to launch a national phone line — a Samaritans-style dial-a-priest.

In this crisis the Church badly needs to reach beyond its own platforms. But the most obvious alternative, broadcast media, seem to be of limited help. This year’s Easter programming from the Beeb’s religion and ethics team, which works amid a highly secularised institution, is wide-ranging. During the lockdown, the BBC has made room for repeats of services on television, as well as broadcasting the bishops’ services on local radio. Radio 4’s Thought For The Day offers faith leaders space to reflect on our current turbulence. But as for longer slots, BBC1’s Easter Day service was recorded before the crisis, and its only religious programme on Good Friday is a programme about “sacred gardens”. The day when Christians remember the agony and death of Christ has not afforded the space to acknowledge the great losses brought by the pandemic, not to mention the slow torture and possibly demise of the certainties we hold dear.

Is the question of “Where might God be in this pandemic?” of no interest? An obvious format — of inviting Archbishop Welby, Cardinal Nichols and Chief Rabbi Ephraim Mirvis to wrestle with this question — has in fact been made, out of a humble Zoom chat, and uploaded to YouTube, but is almost invisible and has garnered fewer than 1,500 views. (It does not appear on the website of the CofE or Archbishop Welby.)

The Church of England, like a lot of institutions, has shifted more quickly in the last three weeks than they might ordinarily in a decade. Yet despite their digital successes, they need to be more ambitious still and find ways to be available to people who aren’t churchgoers, online and offline. The Church hierarchy cannot rely on clergy conducting Zoom services for the internet-literate part of their congregation to fulfil its role as chaplain to the nation.