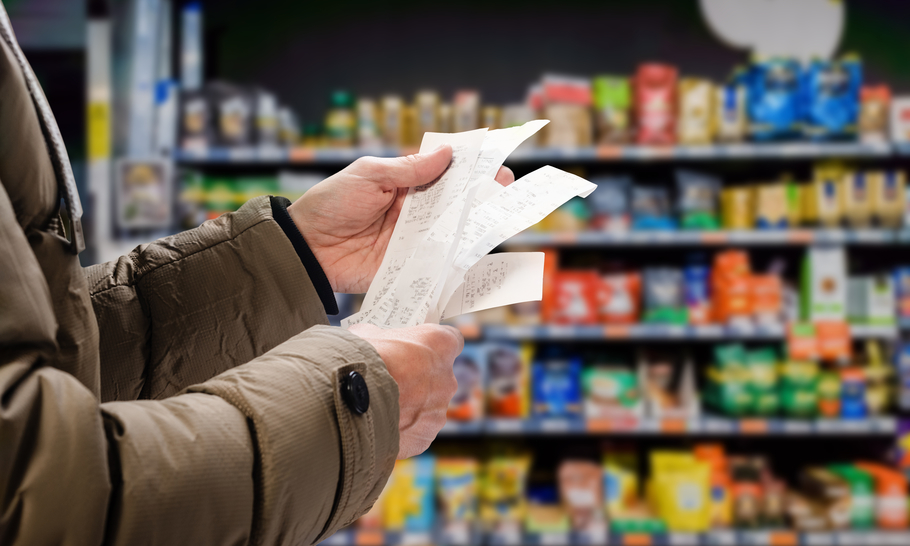 It is no surprise that debate on the Government’s new legislative agenda has focused on the cost of living crisis. The UK is not alone – in the US, President Biden faces similar calls to do more to help people struggling to pay their bills. Prices of fuel and other commodities have risen sharply in recent weeks, pushed higher by the impact of Russia’s invasion of Ukraine and subsequent sanctions, and also by the impact on trade of China’s Covid lockdowns. But hold on a moment – commodity prices are off their highs and financial markets seem more concerned about low growth. Perhaps we should cut policy-makers some slack?

There is no doubt the sharp rise in prices is leading to hardship for many. When the Bank of England raised its interest rate to 1% this month it projected a dismal outlook for household finances. The CEO of Tesco told the BBC recently that customers were experiencing “real food poverty for the first time in a generation” with some customers telling checkout staff “ ‘Stop when you get to £40, I don’t want to spend a penny over that’”. The National Institute for Economic and Social Research forecasts that around a quarter of a million households will slide into extreme poverty without extra measures to help them, with this year seeing average household income falling 2.4% and ending with a recession. UK GDP probably fell in March. Higher prices are a global phenomenon as is the hardship they are causing, prompting civil unrest in some countries, for example in Sri Lanka.

The Bank of England caught attention with its central projection, published in its latest Monetary Policy Report (MPR), that inflation would peak over 10% this year and still be over 6% next May. The forecast is based on market assumptions that the Monetary Policy Committee will eventually raise Bank Rate to 2.5%. On this basis, the inflation rate would fall to 1.3% in 2025, well below the 2% target, while GDP growth drops to near zero. The Bank also predicted that if it kept Bank Rate at 1%, inflation would not drop as sharply and would be just above target in three years’ time.

However, these projections rely on an important assumption. They assume energy and other commodity prices will rise in line with their futures curves – future prices predicted by the market – for six months and then remain constant. The Bank published an alternative scenario for comparison. It takes the central projection – with interest rates rising to 2.5% – but assumes commodity prices actually fall, in line with their futures curves over the next three years. On this basis, the inflation rate falls rapidly, to 1.4% in two years and 0.7% in 2025.

The Bank’s dilemma is clear. It should have raised interest rates a year or more ago. The pandemic emergency cut to 0.1% in March 2020 was kept in place for almost two years despite a rebounding economy. At the same time, the Bank increased the money supply through new Quantitative Easing measures, helping to finance more government borrowing. Now it is playing catch up with inflation and at a time when the economy has been hit by a series of price shocks. If it does not raise interest rates sufficiently, inflation may become embedded in the economy. But if it raises rates too high, too fast, it could hit growth and even cause or worsen a recession.

As the price of essentials such as food and fuel go higher, so household budgets are tightened. That hits demand and growth. To avoid an inflationary cycle, the Governor, Andrew Bailey, has pleaded with people not to ask for wage increases. Aside from the incongruity of such a request, survey data suggest people are more likely to run down savings and reduce spending. Even so, the Bank notes that people are expecting higher inflation in the medium term than they were last year and there are indications that these expectations may be widespread.

Meanwhile, markets have shifted focus, at least for now. Oil and gas prices are off their highs. Metals prices are down from their peaks. Growth stocks, such as technology companies, have seen large falls in share prices. Investors appear to be worried that GDP growth will be hit by high prices and central banks raising interest rates. Are they right? We cannot know, and nor can central banks.

In the short term, it would help if the Bank reviewed its approach and was more transparent about its decision-making. It has delayed again taking a decision on when to unwind QE, and does not seem to know what effect that will have on the economy, money supply, and inflation. It is expected to begin selling its bond holdings later this year but has not shared any modelling of the impact, only now commissioning studies by its staff. The latest MPR is more than twice the length of the February edition yet seems to contain less information. Making the Bank independent was a masterstroke by the incoming New Labour Government 25 years ago. It boosted confidence in the UK economy and credibility in monetary policy. That credibility needs to be maintained and an independence of spirit encouraged.

The Government should bow to the almost inevitable and prepare some sort of windfall tax on energy companies. The latter are expecting it anyway. Encouraging them to increase investment in the UK is insufficient and misses the main point; better to redistribute some of the gains from price rises.

It is possible to envisage a scenario in which at some point this year – right-thinking people earnestly hope – Russia is forced to withdraw from Ukraine and China manages to defeat the latest Covid wave and relax restrictions. That would not solve the inflation problem immediately, but might lead to a more optimistic outlook and an opportunity for radical economic reform. That opportunity should be seized, including effective measures to boost productivity, before higher inflation becomes properly embedded.