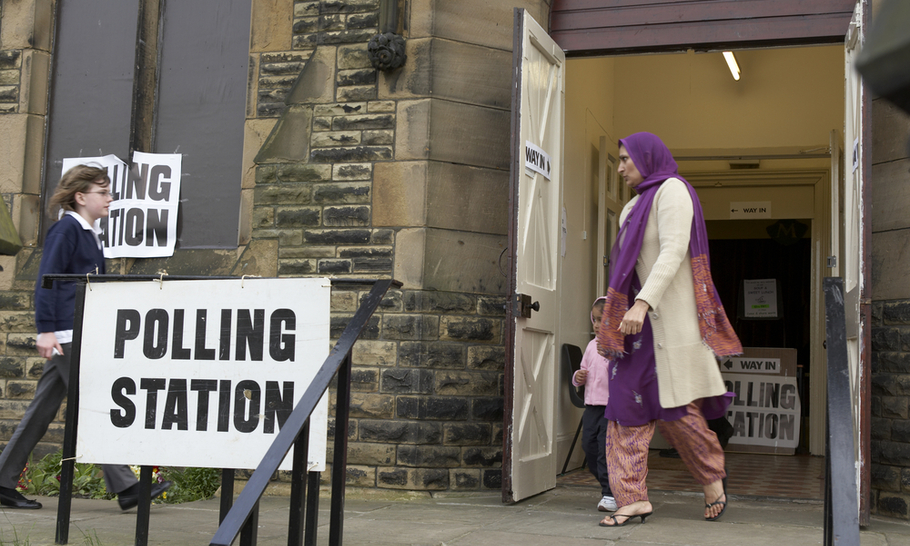 After a year of delay due to the coronavirus pandemic, Thursday 6 May will be a marathon voting day: all eligible voters in England will have a poll of some kind, with many having multiple ballots taking place at once, and there will be further votes in the devolved administrations of Scotland and Wales. The special voting arrangements that will be employed to make polling safe, appear, on the face of it, to show the Government’s commitment to widening access to the electoral process. In fact, a closer examination shows how feeble that commitment is when viewed against international comparisons. Are party politics at play?

When placed outside the context of the pandemic, international comparisons show how far we are behind in modernising our democracy. In the six months since, in a previous article where I suggested that partisan motives could influence political parties’ approach to the way elections work, developments have only gone to give support to that idea. It is a commonplace that those further up the social spectrum are “better” at voting, better at getting registered, better at getting postal and proxy votes and better at turning out to vote — a demographic that has leaned towards the Conservative Party. The newscasters’ cliché (“It is a fine sunny polling day which may mean a higher turnout which could be good for Labour”) implied that bad weather was just one of many factors that could mitigate against the party’s supporters voting. Labour voters were also not “as good” at registration, postal, or in-person voting. Where research has been done, for example on registration and postal voting, these trends have been shown to be broadly true. In short, making it easier for people to vote works against the interests of the Conservative Party; conversely, making it easier favours Labour.

Perhaps it is not surprising then, that special arrangements introduced by the Government in response to the pandemic make it safer, but not much easier to vote. It is true that that a few extra measures have been introduced to allow campaigning, an absence of which could have lowered turnout, as well as voting to be conducted compatibly with pandemic restrictions. Door-to-door activity, although originally banned, was allowed in time for the main campaigning season, but everything had to be outdoors — hustings and campaign meetings had to be held remotely, face-coverings and social distancing remained while campaigning and no more than six activists can gather together, and the number of voters required to sign a candidate’s nomination paper was reduced from ten to two. In addition, the sort of practices that we have become used to in, for example, supermarkets — controlled entry, one-way systems, hand sanitising and Perspex screens — are to be used in polling stations, with voters also being urged to bring their own pen or pencil to mark their ballot paper. But these few steps are almost all designed to make the practice of voting safer, scarcely any to make voting easier.

In contrast, electoral administrators across the globe have come up with a variety of novel and imaginative ideas to help electors to vote. Take just one example: in elections in North Macedonia, last year 700 voters cast their votes after election staff took ballot boxes to their homes. But it is electoral practices that were used even before the pandemic that show up how antiquated the UK’s system is. Estonia, another former Iron Curtain country, without any great democratic tradition, became the first country to pilot internet voting in municipal elections as long ago as 2005 and, when they were shown to be a success, held the world’s first ever general election by internet two years later. You don’t need to worry about having your own pencil when casting your vote from the comfort and convenience of your own computer.

But it is a practice that entered the UK consciousness from the US presidential elections last year that shows how far behind the curve the UK is — early voting. Early voting means the ability to cast a vote in a particular place before polling day. Arrangements vary in different US states, but 33 states offer early voting with “no excuse” (no requirement to provide a reason why a voter is unable to attend a polling station on polling day). From seven per cent voting early in the 1992 presidential election, that figure rose to one-third in 2016; it then doubled to 67 per cent in last year’s pandemic-affected election, as voters saw it as an opportunity to avoid congested polling stations on election day. Early voting is also used in Australia, Canada, Finland, Germany, Ireland, Malta, New Zealand, Norway, Russia, Sweden and Switzerland. Around the world, early voting takes place in municipal offices, libraries, hospitals and even prisons. It just makes it easier to vote. There is currently no suggestion from any quarter that early voting should be introduced in the UK. Surprisingly, not even the Labour Party has had the good sense to advocate it — instead, confusingly and incorrectly, describing postal voting as early voting.

For UK voters, however, opportunities to cast a vote outside of the polling station are much more restricted. First, those who cannot cast their vote on polling day can apply for a postal or proxy vote, but the application windows are fairly narrow. Whereas the deadline for applying for a postal vote in the UK is only up to eleven days before polling day and six days for proxy votes, early voting in the US starts from between fifty and four days before polling day and continues right up to it. And second, a postal or proxy vote cannot be applied for online, a form has to be printed off, filled in and signed and in some cases a countersignature obtained. To vote early, you merely need to attend a designated polling place at a time of your convenience.

Surely increased postal voting would have been an obvious way of reducing numbers attending polling stations and thus reduce risk in the UK? But the Government early on ruled out an all-postal ballot — as was recently used in elections in Bavaria and had been piloted in the UK twenty years ago. It then did virtually nothing to encourage take-up: for example, it refused to mandate local authorities to send postal vote application forms to every voter, as is done in Germany, although many did it on their own initiative. Where it was done and combined with active encouragement by political parties, postal vote take-up increased significantly, rising by 25 per cent in recent months, but that still only takes it to one in five voters, compared with the two-thirds of US voters who voted early or by mail-in ballot last year. 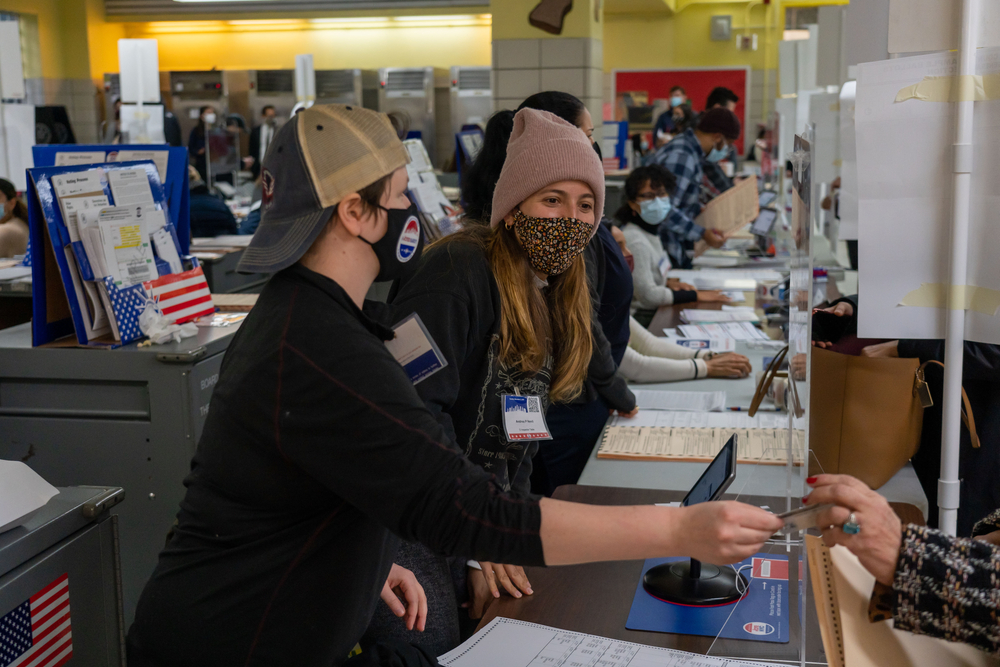 So, what reforms has the Government got in the pipeline to modernise our democracy and make voting easier? It remains committed to the introduction of a requirement to present photo identification in polling stations, despite campaigners’ objections that the number of instances of voter fraud that this is designed to prevent is negligible, while evidence shows that this could deter large numbers from voting, particularly the young, poor and ethnic minorities – demographics traditionally associated with Labour voting.

It also intends to replace the supplementary vote system (whereby a voter’s second preference could be taken into consideration) in the election of mayors by the first-past-the-post system — a curious, puzzling move. The rationale seems to go little beyond a gut dislike for the first system and a preference for the second. Finally, it intends to reform the way emigrés can vote in UK elections. Currently emigrés can vote for only the first fifteen years after they have permanently relocated abroad, but under Government proposals this fifteen-year cut-off will be scrapped and they will be able to vote for life. At last, a measure clearly designed to increase participation in elections. The vast majority of those who will be affected are white, wealthy and old — demographics traditionally associated with Conservative voting.

So, if it is possible to argue that the Conservative Government has been remiss in not taking the sort of steps that would encourage the working class to participate in elections, while favouring its own supporters, what could happen that might shift that position? Polls suggest that the Conservatives hold a 19-point lead over Labour among working class voters. It remains to be seen whether the seismic shifts in the political parties’ support bases translates into different demographics being favoured with more advantageous voting arrangements. But, as it stands, more traditional Conservative supporters remain “better” at voting, so any initiative that is likely to make it easier to vote and thus increase turnout among those “less good” at voting will disadvantage the Tories. The Conservative Party has shown over the years that there is one thing it is very good at – knowing how to go about not losing elections.