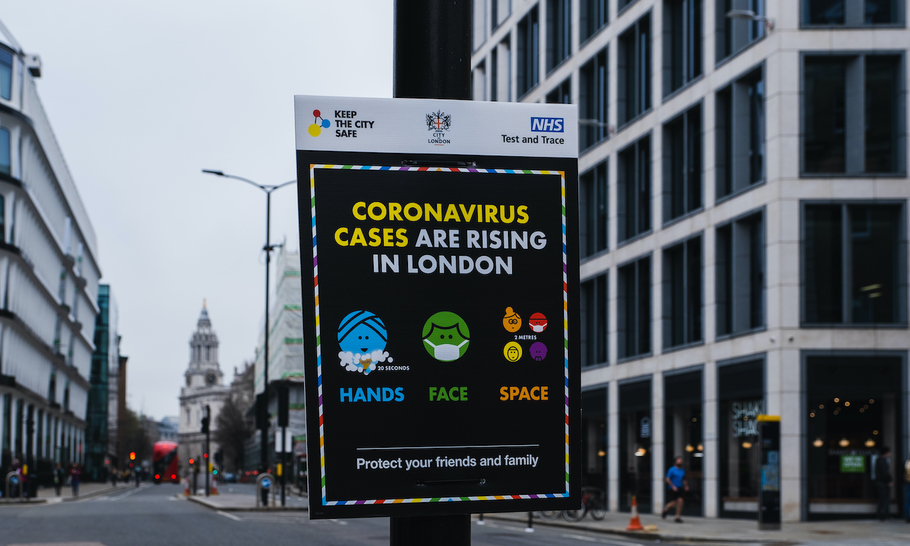 The perceived level of personal threat needs to be increased among those who are complacent, using hard-hitting emotional messaging”  Scientific Pandemic Influenza Group on Behaviour (SPI-B), 22 March 2020

The above quotation is from a Government advice paper and is quoted by Laura Dodsworth in the introduction to her excellent new book, A State of Fear: How the UK government weaponised fear during the Covid-19 pandemic (Pinter & Martin, paperback £9.99). Dodsworth’s book is an analysis of how the Johnson administration deployed fear in service of a lockdown agenda – and of how it continues to do so.

This is where we are: the UK is in a sort of Escher context in which the emergence of lockdown is not distinguishable from the entering of a new phase of it.  How did we get here? Dodsworth offers an answer: people, when scared, are willing to embrace all manner of humiliations. And government, knowing this, will pile on the fear. Government is always like a child, attempting to see what it can get away with. Dodsworth explains why, if you like, the public declined to be the adult who pushes back. In March last year we had a chance to set the boundaries. We chose not to.

A State of Fear is part history, part data scrutiny, and part moral warning – that we never go down this route again. It is rigorously argued yet passionate. It interrogates the data while at the same time is sensitive to the fact – often overlooked in the lockdown discussion” – that there are certain rhythms of the human soul that can never be quantified, and which are allergic to the government slide. That is a difficult trick to pull off, but she manages it magnificently. Her prose is measured in a way that emphasises just how angry she is, and which seems to demand to know why so many people do not share in that anger. Her research is impeccable, and real people speak to us from the pages. She intuits a deep scientific truth: that anecdote is tangible evidence and is invariably more accurate than an Imperial College model”.

Dodsworth describes how the UK Government (and others) had, even before 2020, developed mechanisms of control designed to engineer consent” – to nudge” those of us too thick to know what is in our real interests in the direction of the Establishment consensus. To these murky and impenetrable engines of the Deep State, the Covid crisis was an opportunity. The toy was brought out of the box.

A State of Fear is not an exercise in Covid denial, but a powerful critique of the Government’s response to a very real and nasty viral threat. A response which was oven ready” and prepared, not by the medical establishment, but by the behavioural psychology types who see us not as people but as units of data, to be manipulated according to the precepts of a philosophically dubious science”.

Dodsworth does not shy away from the available facts, but refuses to play the game of data tennis which has allowed the defenders of lockdown to set the terms of reference of the debate. Sensibly, she concentrates the raw numbers (the cost vs benefit stuff) in the Appendices, thereby freeing up the rest of the narrative to deal with the philosophy, ethics, and human impact of the use of fear in the deployment of a particular political end – and lockdown is a political, not a medical decision, when all is said and done.

Under what circumstances is it ever morally permissible to weaponise the instruments of the State to terrify the people who fall under its protection? This is a fair question. It is not good enough to say never” because there are clearly some circumstances in which to will a good, or necessary end implies you also will distasteful and uncomfortable means. The suppression of a pandemic will fall within the scope of justified interventions in the life of the citizen.

But it is in these circumstances that the moral character of the weapons of the State need to be most scrutinised. A State of Fear offers that scrutiny. Lockdown was not just imposed in March 2020; it is a moment-to-moment thing and as a result the tactics used to justify it have become absorbed by the policymakers. Fear” is now the default weapon of the SAGE types, whose agenda has evolved, it seems, beyond the specified constraints of protect the NHS”.

But surely, if we agree that it is wrong for the State to terrify us, is it not also the case that we – the adults to their children – have an obligation not to be terrified? Aristotle pointed out that we owe obligations not just of action but of feeling. It is wrong to live in fear. And while the Government had the bigger weapons, there has been a certain pusillanimity on the part of the rest of us when it comes to telling them where to go. We have failed to be David and continue to genuflect to the Goliath of the State. There is a danger that we capitulate and collude in that idea that we are merely units of data.

There is, if you like, another book to be written here – one which examines the reaction we have had to being placed into the SAGE state of fear. I seriously hope that Ms Dodsworth writes it. And that we put that toy back in the box.