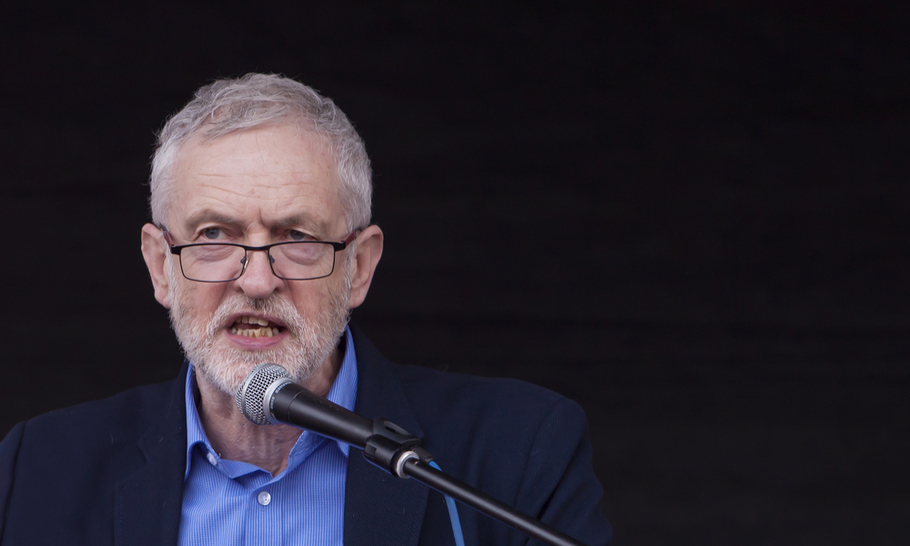 On 9 February 2014 an obscure and largely unremarkable Labour backbencher entered a religious centre in north-west London to give a speech. The MP, Jeremy Corbyn, had been invited to an event celebrating the 35th anniversary of the “victory of the Islamic Revolution in Iran”.

The host organisation, situated just a few streets down from Abbey Road Studios and Lord’s Cricket Ground, was the Islamic Centre of England. The same venue held an event this weekend marking the “martyrdom” of Iranian Revolutionary commander Qasem Soleimani, who it termed “one of the great soldiers of Islam” following his assassination in a US drone strike.

Corbyn, introduced as a “very dear friend”, delivered an address on “the case for Iran”. His meandering speech, which ranged from the history of the Anglo-Persian Oil Company to contemporary politics, was designed to seduce. Having attacked Iran’s “demonisation” Corbyn added “I respect what brought about the revolution in 1979”.

You might have thought it would be strange to see a left-wing British MP speaking at an event commemorating the “auspicious anniversary” of the 1979 Khomeinist revolution, an event that produced Iran’s current theocratic tyranny. After all, the Iranian regime, which continues to impose the death penalty for both blasphemy and homosexuality, is about as far from a leftist utopia as it’s possible to be. Iran’s domestic left, including its once vibrant communist movement, was brutally crushed by the Ayatollahs.

Corbyn’s foreign policy views, which see just about any anti-western force as worthy of support on anti-imperialist grounds regardless of how reactionary or repressive they may be, made him a natural partner for Iran’s theocracy. In 2009 Corbyn began making paid appearances on Press TV, an English language propaganda arm of the Iranian state. This coincided with the crushing of the Iranian opposition Green Movement, which launched a wave of protests following the rigged 2009 presidential election. Iranian security forces arrested thousands and killed dozens.

Corbyn went on appearing on Press TV, and ended up hosting his own show, until part way through 2012. He earned about £20,000 in the process. His appearances continued for a while even after Press TV lost its UK broadcast licence in 2012 for airing the “confession” of Maziar Bahari, an independent Iranian journalist who was tortured and threatened with death until he agreed to read out a pre-prepared script.

It was on Press TV that Corbyn made some of his most controversial statements. In August 2012, based on precisely no evidence whatsoever, Corbyn suggested the “hand of Israel” was behind a series of Islamist attacks on the Sinai Peninsula that killed Egyptian soldiers. That same month he appeared in a broadcast along with Dr Abdul Aziz Umar, a Hamas terrorist convicted of involvement in the 2003 Café Hillel suicide bombing in Jerusalem that killed 50 people. During the conversation Corbyn described Umar, along with other Palestinian prisoners including terrorists freed in exchange for an Israeli hostage, as a “brother” adding “I’m glad that those who were released were released”.

While Corbyn was prepared to shill for the Iranian state he was far less vocal about its victims. In November last year, protests broke out across Iran after the regime imposed a dramatic increase in fuel prices in response to US sanctions. Protestors soon found themselves being attacked by the Iranian police and Revolutionary Guard, including the latter’s notorious Basij militia. To suppress what became the most significant street protest movement in Iran since the revolution, regime forces killed hundreds, possibly as many as 1,500. For a time Iran’s internet was shut down to prevent videos of the massacres reaching an outside audience.

Corbyn has yet to comment on the crackdown. He has been similarly quiet about Iran’s role, alongside Russia, in helping the Assad regime devastate opposition controlled parts of Syria. The “Stop the War Coalition”, the latest in a long line of amusingly mistitled leftist bodies in the tradition of the German Democratic Republic, has yet to organise a single protest on the subject. This remained the case even when Assad’s forces were barrel bombing a camp at Yarmouck for Palestinian refugees, supposedly a core concern for the anti-western left. All Palestinian lives are equal it seems, but some are most certainly more equal than others.

The reaction of the Labour leadership to Soleimani’s killing is a continuation of this theme. Regardless of whether his assassination was strategically wise, Soleimani was a monster even by the high standards of his region. Forces under his direction played a key role in crushing the Syrian opposition and butchering opposition protestors in Iraq and Iran. Yet Corbyn’s statements, which criticised the American hit, were notably short on criticism of Soleimani’s actions. On Saturday, two Labour shadow ministers, John McDonnell and Richard Burgon, attended a Stop the War Coalition rally called to protest against the killing. No mention was made of his crimes.

On Iran, Corbyn has proved himself, once again, to be one of the most conditional human rights defenders in human history. If your people are being targeted by a western Government, or one of its identifiable allies, he will prove a useful ally. But if the oppression comes from an “anti-imperialist” regime, such as Iran, you may as well ask the cat. At best Corbyn will retain an undignified silence, at worst he will actively shill for the oppressor.