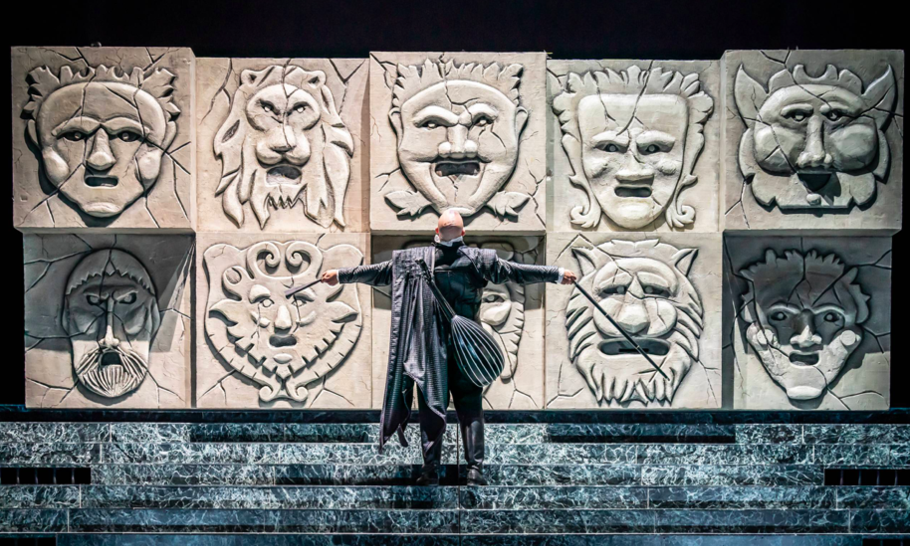 Why is La Gioconda not performed more often? Ponchielli was a hugely talented musician who taught Puccini and other composers, and this wonderful opera boasted a libretto by no less than Arrigo Boito. Composer of the excellent Mefistofele , he wrote the libretti for Verdi ’ s final two masterpieces Otello and Falstaff . Boito’s libretto for Gioconda is as beautifully constructed as Ponchielli’s score.

Gioconda also contains perhaps the nastiest character in all opera, Barnaba. Even the Iago of Shakespeare and Verdi was motivated by envy of a publicly acclaimed hero. Barnaba is of a lower order, a scheming spy who works for the Inquisition in Venice and knows how to use his power. When la Gioconda (“the joyous girl”, as  Leonardo’s Mona Lisa is known in Italy) rejects his advances, her life is forfeit, unless she succumbs.

Barnaba’s first revenge is to accuse her blind mother (La Cieca) of sorcery. This fails when the old lady is rescued by Laura, whose husband Alvise is one of the Council of Ten that runs Venice and a member of the Inquisition. Laura has seen her praying with her rosary and insists the woman is no devil ’ s agent. The cunning Barnaba, however, has seen that Laura has an illicit lover, a sea captain, who is also Gioconda ’ s lover, whom he recognises as the banished nobleman Enzo Grimaldo. He dictates an anonymous letter to the Inquisition, accusing Laura of infidelity, and posts it through the Lion ’ s Mouth, repository of such information — but Gioconda has overheard everything. This all comes in the first of four acts, and the stage is set for tragedy.

Stephen Medcalf ’ s production for Grange Park Opera is simple but hugely effective, exhibiting an air of menace right from the start, with black clad officials carrying batons. In the end, after a glorious solo by Amanda Echelaz as Gioconda, the wretched Barnaba climbs up from the back of the stage, like some loathsome monster from the depths, to claim his prize, but it does not work out as hoped. Having released Enzo to escape with Laura by ship, his reward for this act slips from his grasp as Gioconda has initiated her own death. In his fury he can only tell her he has already murdered her mother, but she is too far gone to hear.

Joseph Calleja was outstanding as Enzo, and his great aria in Act 2 (Cielo e mar) drew cheers from the audience. Later in that Act the combative duet between Ruxandra Donose as Laura and Ms Echelaz as Gioconda, inspired by her furious Amo l’uomo che tu ami (I love the man you love), was riveting.

After the long dinner interval, Act 3 began with a gripping solo by Marco Spotti as Alvise determining on the death of his wife to protect family honour. His stage presence exhibited huge power — a man who cannot possibly allow his position to be compromised, nor the family brought into disrepute.

This superbly well chosen cast brought Ponchielli ’ s masterpiece very much to life, with David Stout as a menacing Barnaba, Elisabetta Fiorillo as a blind old lady of remarkably strong voice, and the Gascoigne Orchestra (named after Grange Park ’ s benefactor Bamber Gascoigne). The entire performance under the baton of Stephen Barlow would have been perfection, were it not for a Dance of Hours with poor choreography and allusions to the modern issue of gender flexibility that merely distracted from the otherwise excellent portrayal of prosperity and governing traditions in 17th-century Venice. The designs, with a metal spider ’ s web at the rear of the stage, on which Laura is trapped at the end of Act 3, were simple but effective. This must surely rate as one of the great operatic performances of the summer. Even at far greater expense, the Royal Opera could hardly do better.