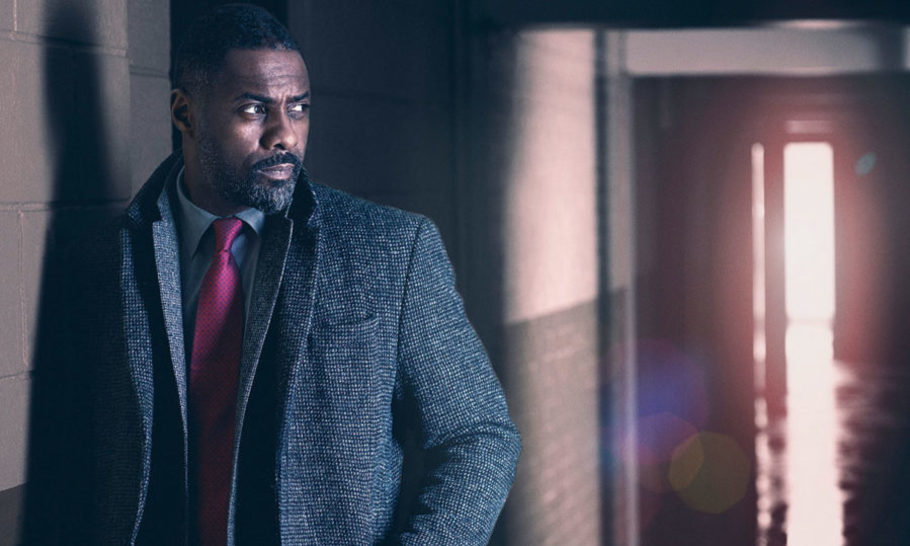 Thanks to BBC iPlayer we can now see all five series of Luther , one of the best BBC drama series in recent years. Idris Elba plays the lead part, DCI John Luther, working for the Serious Crime Unit (which later becomes the Serious and Serial Crime Unit). He heads a terrific cast which includes Ruth Wilson as the brilliant psychopath, Alice Morgan, Paul McGann and all too brief appearances from such outstanding actors as Nicola Walker, Hermione Norris, Patrick Malahide and Pam Ferris.

What is distinctive about Luther is its dark moral preoccupations. At the end of Series 5, he staggers shot, stabbed, ruined. The soundtrack (used several times in the series) plays. “I’m just a good man whose intentions are good/O Lord, please don’t let me be understood.” This is the question at the heart of all five seasons. Is Luther “a good man”, an honourable, incorruptible policeman taking on the forces of evil, at times single-handed, or is he a disaster waiting to happen, gelignite always ready to blow, who wreaks havoc on everyone he comes near, his best friends, his ex-wife, his colleagues and those who want to love him?

The end of Series 5 is a bloodbath even by Luther ’s standards. Season 1 started with the near death of a paedophile killer and the murder of Alice Morgan’s parents (and dog). From then on, it’s murder and mayhem all the way. At the end of Season 5 its hard to keep up with the brutality and violence. In the last few minutes a serial killer has murdered a houseful of random strangers and another psychopath has killed a policewoman, only to meet her (apparent) end.  As John Luther (the Christian names are not accidental) faces an uncertain end, Alice Morgan lies arms spread out, as if crucified. She is not the only character to appear in this pose. Again, this is not accidental.

Crucially, Luther (and Alice Morgan and most of the killers) is often alone. Literally alone as he battles with some crazed killer, in a final showdown, or alone in the sense of being unmarried, with no apparent family or even close friends. It is no coincidence that whenever he needs to finds shelter for a victim, on the run from some killer or gang, there is only one person he can turn to, Mark North (Paul McGann), a former lover of Luther’s ex-wife.

At various points in the series, John Luther manages to form a group with colleagues, Mark North and even Alice Morgan, with whom he has one of the most compelling and strange relationships in the history of TV drama. Much of the drama of Luther is the bringing together and blowing up of these groups and relationships.

The most evil villains are also deeply solitary, with one exception, the killer in Season 5 who has a strange folie a deux with his equally nasty wife (Hermione Norris). Evil and goodness are equally solitary. Of course, this is a familiar trope in film and TV detective series. Goodness is usually solitary. It makes an alliance with the local police force so detectives can use the resources, manpower and technology of the police, but essentially they are alone. Think of everyone from Sherlock and Poirot to the Jane Tennison in Prime Suspect or Fitz in Cracker . The great TV detectives, here and in America, travel alone.

Luther has something else important in common with this TV tradition. Like so many detectives he is an ambiguous figure. He tries to uphold the law and seems a morally good man, even though he often breaks the letter of the law for the common good. For Luther, the ends justify the means. Torture someone to rescue a child or a woman who will die at the hands of a psychopath? No question. A moment’s hesitation perhaps. A furrowed brow. This is Dirty Harry morality and the audience is on Luther’s side. But it’s not just a question of ends and means. The death list piles up whenever Luther’s involved. The audience is invited to say, “Yes, but…” but every season brings out the same list of accusations. Nearly everyone who comes close to Luther ends up dead.

This dark moral world inhabits an appropriate landscape of dark, dank basements and attics where the worst deeds always take place. The killers are not terrorists, bank robbers, people who get into a “domestic” that gets out of hand. It’s true that some of the nastier characters (Baba played by Pam Ferris or George Cornelius played by Patrick Malahide) are professional gangsters. But they are in a different world from the really nasty serial killers who resort to torture, cannibalism and murder because it’s in their nature. These are men (and they nearly always are men, white, of a certain age) who abduct their victims and perform terrifying acts of violence on their bodies. They are monsters and need to be stopped by any means, fair or foul. And that’s where Luther comes in. Friend of the good, enemy of the bad. A heart of tarnished gold.

Luther , five seasons in, has been hugely popular. What does this tell us about morality? First, since Dirty Harry in 1971 our sense of criminal justice has changed profoundly. Look at the villains in stories by Raymond Chandler or Dashiel Hammett. They are not crazy men who do terrible things to their victims with hammers and saws. For the last fifty years we have a clear sense of the worst and most dangerous human beings. They are psychopaths, with no sense of right or wrong. There is no reasoning with them. Killing them is not a source of regret for Luther, his colleagues or viewers. Even a nasty character like George Cornelius is an old-time “geezer” from the East End, with a family (albeit a nasty one) and a team of sidekicks. He’s not a loner. The dangerous ones are all loners.

Second, there is the violence and what is done to bodies. This is a world apart from Agatha Christie or Dorothy Sayers. That was an innocent world. The world of Cluedo .       A dagger in the library, a revolver in the lounge. This is a very different landscape. Dripping basements full of pipes and far from the public space. Rescue is far away. Here it is always dark. And in these dark, wet spaces terrible things are done to human bodies. Torture, cannibalism. Eyes are cut out, organs are eaten. This is what evil looks like in the 21 st century. The Silence of the Lambs (1991), twenty years after Dirty Harry , and almost thirty years before Luther , was the crucial turning point. That’s why the cannibal Hannibal Lecter became such an iconic figure. He represented a major change in our sense of evil and what humans are capable of.

Thirdly, there are attempts in Luther to explain what a killer has become through traumas in his childhood. Men who as boys witnessed their mother being slaughtered by their father, or who were treated sadistically by their parents. But this is rather like the psychological window-dressing at the end of Psycho. We know there is only one way to stop these sadistic monsters. The therapeutic century is over. Today’s TV audience seems to have a harsher sense of morality. No treatment, no cure, just instant punishment. Punishment must fit the crime. That’s why 21 st century Britain will never have a referendum about the death penalty. We know what the result would be.

That’s why Luther is so popular. It captures the mood of the age when it comes to evil. But it doesn’t want to gloat in this. Our violent morality must seem agonised. It must be punished. Luther stands at the end of Season 5, barely standing, totally isolated, physically wounded. The heroes of violent morality must not be seen to have it easy. Not yet. Perhaps not ever.