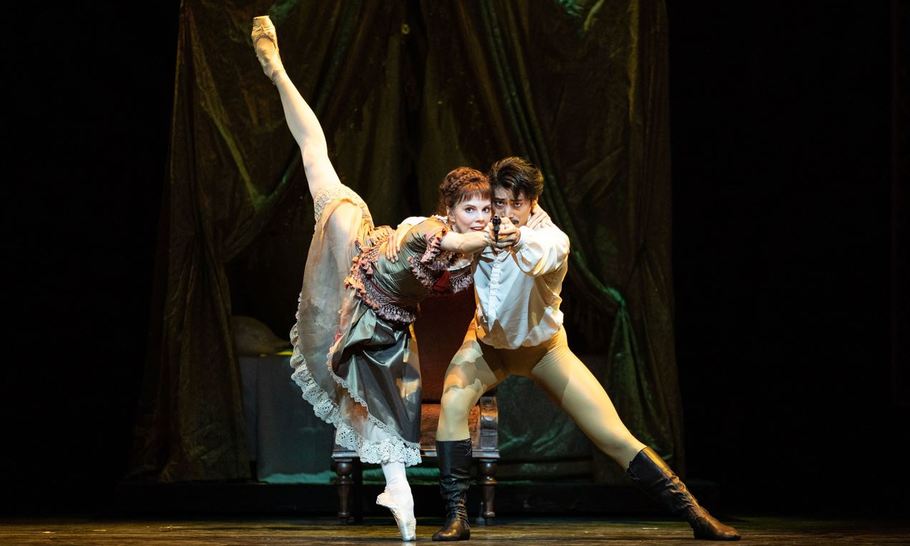 On 30 January 1889 Crown Prince Rudolf of Austria died in a suicide pact with Baroness Mary Vetsera at the Mayerling hunting lodge, some 15 miles outside Vienna. He was thirty years old. His father Franz-Joseph remained Emperor of Austria-Hungary until his death in November 1916, with Archduke Franz Ferdinand as heir presumptive after his own father’s death in 1896. Franz Ferdinand’s assassination on 28 June 1914 precipitated the First World War and the twilight of the Habsburg dynasty, which had been dominant in Central Europe since Rudolf I of Germany became Emperor in 1273.

When Kenneth Macmillan decided to create a ballet dealing with the historical incidents leading up to and including Prince Rudolf’s suicide, he asked the brilliant ballet conductor John Lanchbery to create a score using music from that era. Lanchbery chose and orchestrated music by Franz Liszt, including his Faust Symphony, for representing Rudolf’s obsession with guns and death. The ballet is bookended with a brief scene at the Heiligenkreuz cemetery before dawn, and every detail of sets, costumes and the scenario itself is based on painstaking historical research.

The real events of this ballet involve a large cast of characters, and on the opening night of the Royal Ballet’s new season Ryoichi Hirano and Natalia Osipova danced Rudolf and the impulsive Mary Vetsera. He gave a mesmerising portrayal of a man whose passion, obsessions and lack of direction led to his death, and she demonstrated a passion that provided an extraordinary emotional abandon in their big Act III pas-de-deux. Among the other four principal female roles, Francesca Hayward danced beautifully as Rudolf’s unloved wife Princess Stephanie of Belgium (she will also dance Mary Vetsera in late November), Marianela Nuñez danced Rudolf’s current mistress the courtesan Mitzi Caspar, Laura Morera was a fine Countess Mary Larisch, an ex-lover of Rudolf who introduces him to Mary Vetsera, and Itziar Mendizabal expressed the coldness of his mother.

All contribute to our understanding of the pressures driving Rudolf to murder and suicide, along with his syphilis and morphine addiction, which we see towards the end of the ballet when he injects himself. Unlike British royalty and aristocrats who could be sent out to govern its far flung realms, the Austro-Hungarian empire was more geographically limited in scope, and the First World War saw its eventual demise.

Among the male roles there are three other principals: Emperor Franz Josef (Christopher Saunders); chauffeur and night club entertainer Bratfish, superbly danced by Luca Acri; and Empress Elisabeth’s paramour Colonel “Bay” Middleton, elegantly danced by Gary Avis, showing effortless intimacy in his Act II waltz with the Empress. This is a ballet that repays careful attention, and the large cast can be confusing at first encounter.

When Macmillan created it there may have been some lingering doubt about the events surrounding Rudolf’s death, particularly since Count Eduard Taaffe, Prime Minister to Emperor Franz Josef, presented an elaborate cover-up, with bulletins lying to the press and Rudolf’s damaged flesh repaired with wax and paint. When the sack containing his personal papers was unsealed years later, it contained only newspapers and pieces of linen.

Any doubts, however, had to be cast aside when on 31 July 2015 the Austrian National Library issued copies of Vetsera’s letters of farewell to her mother and other family members. The letters — written in Mayerling shortly before the deaths — state clearly and unambiguously that Mary Vetsera was preparing to commit suicide alongside Rudolf.

Kenneth Macmillan was a genius at portraying intense emotion. The horror, pathos and darkness are all clearly shown in what is arguably Macmillan’s greatest narrative ballet, portraying a lost world that came to an end with the First World War. It was danced here to perfection, under the baton of Music Director Koen Kessels, by a company at the top of its game.