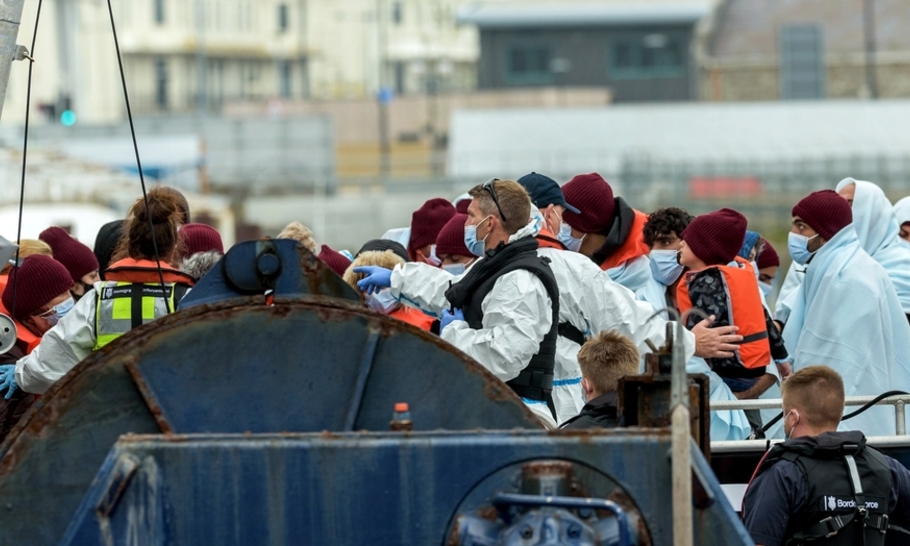 Priti Patel’s announcement that Rwanda was to be given £120 million for accepting deported migrants and refugees has not gone down well. But, undeterred, the Prime Minister has said he will get it done. For a moment let’s take at face value the Government’s response to the widespread outcry.

The Home Secretary’s defence of her money-for-migrants scheme contains at least three claims. The first is that Britain has a problem: an unacceptable number of migrants and asylum seekers are crossing the Channel to Britain in small boats. The second is that criminal gangs of people smugglers make a great deal of money out of organising these crossings and that deportation to Rwanda of young male “illegal migrants” who adopt this way of entering Britain is the only means of destroying the smugglers’ business model and so to prevent drownings. The third is that the passengers on these unsafe dinghies are mostly economic migrants, not genuine refugees.

Each of these claims sounds plausible, the second even a form of “tough love”. Transnational organised crime and the suffering and tragic deaths it entails are obviously a serious problem. But each claim is based on false assumptions, misinformation or simply ignores what is known from research on migration.

Compared with other European countries, Britain does not have a severe migrant problem. Some two-thirds of those making the Channel crossing turn out to be genuine asylum seekers rather than economic migrants though war, persecution and poverty do go together. If you take the number of asylum claims per 100,000 of population as a measure, Britain ranks 14th in Europe, with Germany, Spain, France, Belgium and Switzerland receiving applications at double the rate of Britain’s.

Between 2015 and 2016, Angela Merkel’s Germany admitted 1.25 million Syrian, Afghan and Iraqi refugees. By 2018, according to the US Center for Global Development, 72% had gained permission to work. From 1% on arrival, 44% had learnt German. By 2021 some 50% had jobs, were in training or had internships. Britain with a similarly ageing population and labour shortage might profitably study how a country can successfully turn migrants into an asset. The real problem is dog-whistling by the political Right and its supportive press, creating fear of “swamping”.

People smuggling, sometimes overlapping with sex trafficking, is now firmly established as a large scale transnational crime. The global estimate for 2016 was that c. 2.5 million people paid smugglers between $5.5 and $7 billion to get them across borders. The big transnational criminal gangs and smaller networks operate on the dark web in encrypted sites. Payment often is made through the traditional hawala system (in Arab countries and South Asia, money is paid to an agent who instructs a trusted associate in the relevant country or area to pay the final recipient). Like other profits from international crime, the money can then be laundered through banks. Laundering is an obvious target if the Government’s aim is to undermine the business model.

The France to UK sea-crossing lies at the end of a very long and dangerous journey, which involves negotiations with ruthless gangs and their collaborators, often working on commission within transnational networks from hubs such as Agadez in Niger. In such poor countries the gangs provide employment for a penumbra of independent guides, drivers, recruiters and middle-men, forgers of travel documents, providers of boats and accommodation.

The smuggler’s “business model” is simple: lowest risk with highest profits. The average total cost per traveler with the UK as a destination is now estimated at €6,000 (£5,130). The more difficult it gets, the higher the price. But demand is not necessarily flattened. Because they have become accustomed to taking life-threatening risks on their journey, and because the Eurotunnel route is now more or less successfully blocked, with lorry traffic being more diligently checked, on the final leg of their journey asylum seekers and migrants are prepared to risk drowning.

In good weather, dinghies trucked into France from Germany, and now larger boats, set off together and, given the current maximum available deployment of 800 French police and border control staff on the long French beaches, a percentage will make it across. A year ago, the French were making some 1,500 arrests of people involved in organising the Channel crossings, but they are soon replaced.

The young men who are most at risk from the Patel plan also have a business model. They are often crowdfunded by their village or by relatives, becoming a cross between a human lottery ticket and a living investment, made in the expectation of returns through regular remittances home. Many are burdened by the moral responsibility to reach the UK and pay back their investors. They are the product of the corruption and incompetence of their own governments, inadequate debt relief and cuts in development aid. Deportation to Rwanda addresses none of this.

Government talks in terms of supply and demand. But limiting demand for the services of smugglers, if that is the true aim, could be achieved by measures directly under our control, such as increasing and broadening the channels for regular migration, simpler checking procedures, making it easier to obtain legitimate travel documents. Opportunities for authorised migration need to increase and be made more accessible in countries of origin as well as from refugee camps. The Vulnerable Persons’ Resettlement Scheme for Syrian refugees, which ended in March 2021, should be continued with increased annual target numbers.

Better staffed migration and asylum bureaux in Europe are also necessary. The shambles of the Ukrainian humanitarian visas application system is an example of how to create an incentive to pay people smugglers and risk the Channel crossing. Ratchet up government investment in authorised routes and fewer people would want to pay smugglers.

With the Home Office prediction of only 300 deportations to Rwanda annually and with forthcoming legal challenges, Ms Patel’s money-for-migrants partnership seems unlikely to be implemented. The judges and “Left-wing lawyers” will be blamed when it is stopped. And Government headline-grabbing will continue: irresponsible, deceptive and shameless.