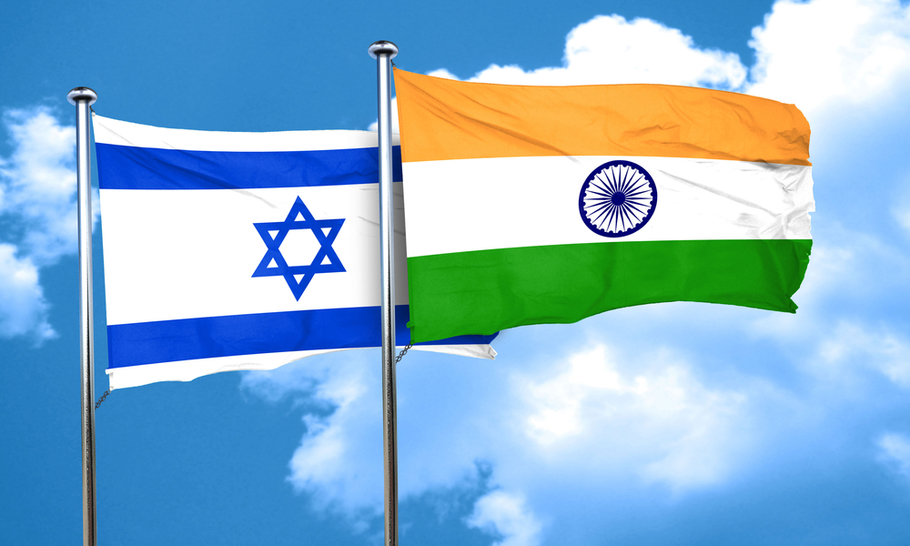 In 2016, a roundabout named after Mahatma Gandhi was unveiled in the southern Israeli city of Kiryat Gat. The dusty Biblical town is home to some 2,000 Bene Israel Jews. Although fully-fledged Israeli citizens, these Jewish immigrants from the Indian subcontinent still revere Gandhi, India’s ascetic political and spiritual leader in the struggle for India’s independence. Their country of birth still occupies a special place in their affections. India has a 2,000-year record of tolerance for its Jewish minority, unblemished by antisemitism.

Israel’s first prime minister, David Ben Gurion, kept a photo of Gandhi on his bedroom wall, convinced of the parallels between Jewish and Indian aspirations for independence. But his love was unrequited: Gandhi remained cool towards Zionism. Even today, despite warming relations between the Israeli and Indian governments, most Indians remain ignorant of Israel.

Oddly, the two cases are rarely compared. Yet both India and Israel acquired their independence at roughly the same time (India in 1947, Israel in 1948). Both had their territories partitioned by the British with a view to creating a state for India’s Muslims in western Pakistan (with Bangladesh later seceding in the East), and a state for Arabs in Palestine. Both have been dogged by conflict ever since.

On the face of it, there are similarities: both India and Israel were under British colonial rule. Both are today majority-non-Muslim states. Both are relatively pluralistic democracies. Both were engulfed in violence at birth. Both conflicts produced a refugee problem and an exchange of populations. Intercommunal rioting and massacre were a feature of both prior to Partition. In both cases there are instances of the British-run army and police failing to intervene to stop the bloodshed. In both cases there is a residual territorial dispute – notably over Kashmir, and Jerusalem and the West Bank, respectively. In both cases tension reigns in the border zone, interrupted by sporadic outbreaks of terrorism and violence.

Then it becomes complicated. Historically Hindus, like Jews in the Middle East and North Africa, were dhimmi inferiors under Islam forced to pay the jizya tax, but maintained their own caste system.

Yet, despite complaints around the time of Partition that the British government was obsessed with Palestine, the two cases are on a vastly different scale. The jewel of the British empire, India had a population of some 300 million in 1947. Even today, the population of Israel is only nine million. In terms of refugees, the largest exchange in the history of humankind took place in the Indian subcontinent: some 14 million people were displaced from India and Pakistan by the 1947 Partition, with Hindus and Sikhs streaming into India, and Muslims fleeing in the other direction to Pakistan. Around 1 million people died. Some 711,000 Palestinian Arabs fled what is now Israel, while Jews were forced out of Jerusalem and the West Bank. Almost one million Jews were driven out of Arab and Muslim countries, 75 percent resettling in Israel in a de facto exchange.

There the parallels end. While Palestine was part of an Ottoman province, India was a vast, unitary state, despite being ruled by a hodgepodge of princes, warriors and tribes. Under British rule, Hindus and Muslims served together in the British Indian army and in the civil service. Hindu and Muslim Indians shared a heritage and an ethnicity. There was no enthusiasm for Partition on either side: it was a British solution (‘divide and self-rule’) to growing strife and unspeakable atrocities on the ground. The (Hindu) Congress party wanted a state with equal rights for all. The ‘father’ of the new Muslim state, Muhammed Ali Jinnah, did not want a ‘moth-eaten’ Pakistan: his objective was a federal India with power-sharing, and autonomy for Muslim-majority provinces like Punjab and Bengal. Even with Partition imminent, border states with Hindu majorities such as Hyderabad hesitated before acceding to India. A common language, culture and ties of kinship and trade outweighed differences in religion.

In contrast, Jews and Arabs were distinct peoples. Jewish nationalists reluctantly eschewed their dream of a Jewish state on both sides of the Jordan river and accepted UN Resolution 181, which proposed a Jewish and an Arab state in western Palestine. Whereas Hindus enjoyed a demographic majority in India, Jews were a precarious minority with a desperate need to be masters of their own destiny. Chaim Weizmann, who was to become Israel’s first president, said he would settle for a Jewish state the size of a table cloth.

The Palestine Partition is still to be completed, stymied by the Arab side’s refusal to accept the 1947 Partition Plan. Almost from the start, the Arab leadership rejected the idea of a Jewish state within any boundaries. Palestinian Arab nationalism never had room for any Jewish aspirations. Islamism still maintains its genocidal intentions not only towards Israelis, but Jews.

There was no Gandhi on the Arab side. (Even extreme Hindu nationalists considered that this champion of non-violence went too far to defend the rights of Muslims: he paid with his life .)

There is another key difference: Hindu and Muslim leaders in India were dismayed at the increasingly barbaric intercommunal killings, while in many cases Arab leaders deliberately incited violence against Jews. The mass exodus of Jews from Arab countries, who had no part in the 1948 war in Palestine, was an egregious consequence of state-sanctioned collective punishment of non-combatant citizens. It was as if Muslims in Bradford or Sikhs in Toronto were persecuted and forced to flee merely for sharing the same religion as Muslims or Sikhs in India.

When it comes to refugees, the Palestine Partition is also unfinished business. While both Indian and Pakistan accepted the exchange of refugees, only Israel absorbed Jewish refugees, while the Palestinian refugee problem has been left by the Arab side to fester. The Palestinian leadership perpetuates the conflict by clinging to its ‘right of return’ to Israel proper.

But Partition in the Indian subcontinent has not brought peace and reconciliation. Relations between India and Pakistan, two nuclear powers, have been plagued by hostility and suspicion.

In both cases, Partition has created an imbalance on either side of the divide. Israel and India today are prosperous and pluralistic, Pakistan and the Palestinian territories have a history of bad governance and contempt for minority rights. Israel’s population is 20 percent Arab, India’s is 14 per cent Muslim. On the other side, a terrorist group rules Gaza where there are hardly any Christians. The Palestinian Authority has not held an election for ten years or more, and its Christian population continues to decline. Pakistan has been governed by a succession of military dictatorships; Islamist groups are tolerated in Pakistan’s tribal lands. A mere two per cent of its population is Hindu; both Christians and Shi’a Muslims suffer grievously. Pakistan has betrayed its own flag – green for Islam, white representing minorities.

For this deplorable state of affairs, one can hardly blame nationalism, or the British, or colonialism.