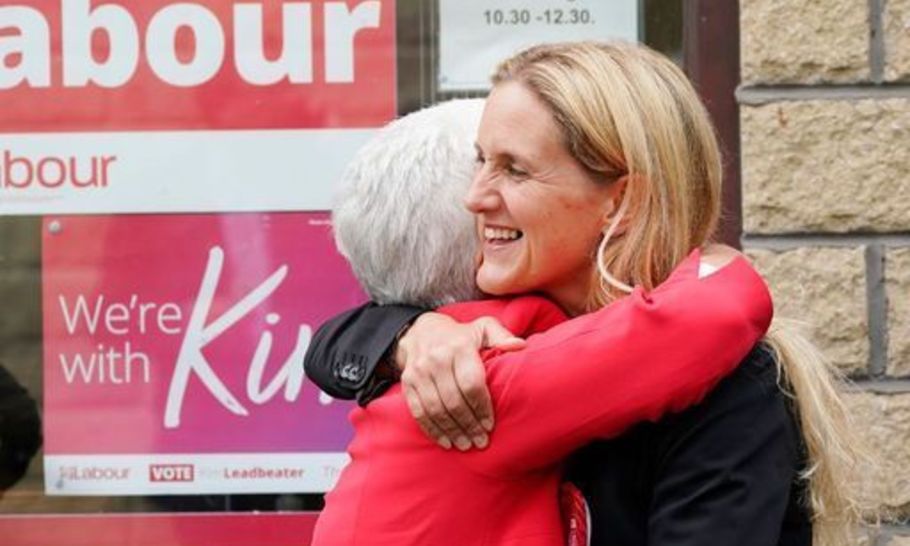 1. Labour won (or more accurately held) Batley and Spen with a 2.9 per cent swing to the Tories. A defeat would have unleashed a rumble of complaints about Sir Keir Starmer. He is not Jeremy Corbyn, but under his leadership Labour lost its safe seat of Hartlepool and lost its deposit in Amersham. In Batley and Spen, the party only sneaked in by the narrowest of margins.

2. Boris Johnson has little to celebrate. A poor candidate and a poor campaign in what was, after all, a Tory seat until 1997 shows a rusty and lacklustre Conservative electoral machine, which was humiliated in Amersham and failed in West Yorkshire.

3. Kim Leadbeater MP’s victory is a posthumous win for her popular sister Jo Cox, the former member who was murdered by an English far-Right nationalist during the Brexit campaign in 2016. Ms Leadbeater stayed faithful to Labour’s line of “Don’t Mention Brexit”, but her whole political life story as an enthusiastic pro-European did her no damage in winning the seat. Batley voted 60 per cent for Brexit in 2016 but remains a Labour seat.

4. This opens the question of whether the concept of “Red Wall” seats, so dear to political commentators and academics since 2019, may now be losing its salience as the big explainer of today’s politics in England.

5. It will need more polling, but is Prime Minister Johnson’s poor handling of Covid — with the rise in Delta (or so-called Indian) variant cases and the dramatic departure of Health Secretary Matt Hancock — now seen as a negative? The UK’s early lead in vaccinations is no longer delivering votes for Johnson, either in Amersham or Batley.

6. The noxious, ugly, identitarian campaign by the Right-wing social conservative and anti-European, pro-Saddam Hussein ex-Labour MP George Galloway nearly won the seat for the Tories. He failed, but Labour must now worry about why more than 8,000 Muslim voters mainly of Pakistani or Kashmiri origin, regarded by the party as voting fodder for the last 50 years, deserted Labour.

7. Tactical voting helped Labour. In general elections in 2015 and 2019, there were more than 3,000 Lib Dem and Green votes. The Lib Dems foolishly stood a candidate in the by-election, but his vote slumped to 1,250. Assuming the other anti-Tory Lib Dem and Green votes switched to Ms Leadbeater, they made the difference to her winning total. Thus the question of tactical voting, or standing down in favour of the best-placed candidate to defeat a sitting Tory MP, remains on the agenda.

8. To be sure, Sir Keir Starmer can head for the summer holidays without the usual media hysteria about a leadership challenge. But the Labour Party remains divided and uncertain. Constituency parties have been holding their annual meetings this summer and, in many cases, a Momentum or Corbynite slate of officers has kept control. But the autumn conference season will not be easy for Sir Keir, as his would-be replacements, such as his deputy Angela Rayner or the Manchester mayor Andy Burnham (who is on the front page of today’s New Statesman) continue to offer themselves as replacements.

9. There have been three dramatic by-elections in just ten weeks after a very long period in which by-elections disappeared from British politics. By-elections are canaries from the deep seams of politics, sending signals that are often difficult to read. Hartlepool, Chesham and Amersham and now Batley and Spen show dissatisfaction with politics in England and voters’ lack of confidence in both the Prime Minister and his main opponent.

10. Since Boris Johnson replaced Theresa May two years ago, politics has been overwhelmed by Brexit and the pandemic. What might be called the “Brovid” era of British politics will last a while yet. But soon both Tories and Labour will have to think about a general election, probably in 2023. These by-elections raise more questions than they answer for party strategists who have to work out what appeals to voters. The post-Brovid era will be very different and almost impossible to predict.