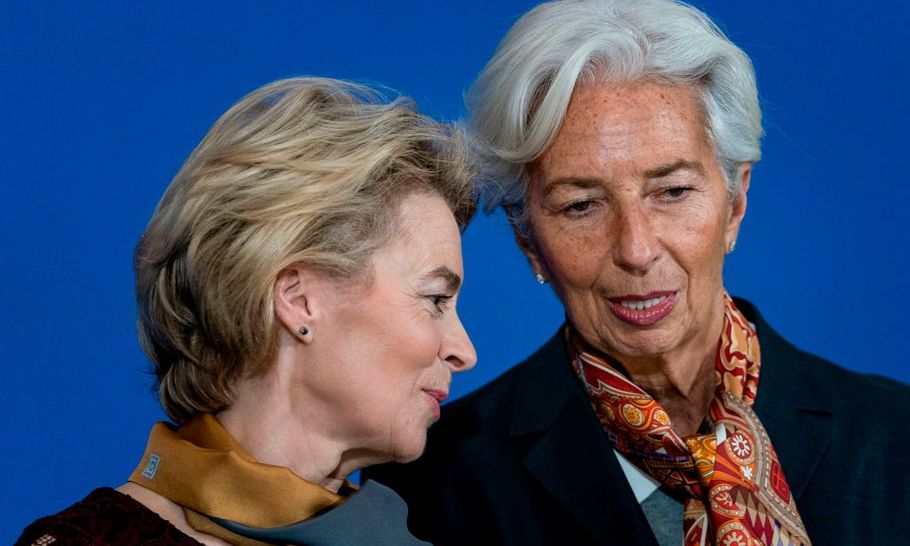 As President Trump and other heads of Nato government arrive in London to celebrate the 70th anniversary of the Atlantic Alliance, France’s President Macron grandly announces that Nato is “brain-dead”.

But this de Gaulle-type provocation is more about French domestic politics than making a serious contribution to geo-political discussion.

In fact, the real problem facing Nato is the breakdown of political stability in key European Nato member states. Yesterday, the European Union’s new leaders held a self-congratulatory meeting to mark the 10th anniversary of the Lisbon Treaty. It was a hail and farewell moment. Farewell to Jean-Claude Juncker and all hail Ursula von der Leyen, the new EU Commission president.

She has a tough, competent team of vice presidents, the Dutch Frans Timmermans, Denmark’s Margrethe Vestager and Spain’s Josep Borrell. But an EU Commission is only as good as its key member states and there is not a single country in Europe where politics is working.

On Thursday, France will endure one of its biggest strike waves in decades. The gilets jaunes made headlines, but this is something else — an all-out confrontation between Macron and France’s doctors, railway workers, farmers, and public service workers who feel that after two-and-a-half years of Macron’s grandstanding, they, and not his wealthy friends and backers, are shouldering too much of the burden.

Macron, who portrays himself as the great reformer, insists he will face down the strikes. He also wants to change the political agenda as he faces a second half of his presidency, which will consist largely of trying to see off the threat of Marine le Pen.

His first big national electoral test is next March, when 35,000 communes, including cities like Paris, Lille and Marseilles, elect mayors and local councillors. The only players in French politics are Emmanuel Macron and Marine Le Pen. Now the fear is that Mme Le Pen might be poised for a serious bid for power. François Hollande and also Michel Barnier have also warned a Le Pen win in 2022 cannot be ruled out.

If she were to win, it would be a colossal upset. In a straight fight for the Elysée in 2022, Macron should beat Le Pen, who has reinvented herself as a nationalist conservative and dropped her father’s sulphurous coarseness and extremism. But, in the subsequent National Assembly elections, she may have more deputies than Macron and lay claim to the Matignon as prime minister of a hard-right government.

To beat Le Pen, Macron is seeking to re-profile himself as a French national conservative. He gave a twelve-page interview to Valeurs Actuels, a political weekly far to the right of even the Spectator and home to every expression of nationalist identity, xenophobic, racist and anti-EU theories.

Macron is making speeches about stopping immigration little different from Viktor Orbán or Matteo Salvini. He has caused consternation in Greece and the west Balkans by saying that North Macedonia — where the social democratic government agreed against huge nationalist pressure to change the nation’s name as a precondition of starting EU accession talks — cannot be allowed to join the EU.

Neighbouring Albania, headed by the French-educated socialist Edi Rama, has also been told to give up any hopes of getting close to Europe. Albania is a European Muslim nation, just as 25 to 30 per cent of North Macedonia’s citizens are Muslim. Macron is frightened of Le Pen claiming that he’s letting more Muslims into Europe.

Macron is also playing to France’s Russophile political and business community by cosying up to Putin. The Kremlin helped to finance Marine le Pen’s campaign, so Macron needs to show he can be just as good a friend of Russia as anyone in France.

That is why Macron described Nato as “brain dead” in his notorious Economist interview. This is music to Putin’s ears but appeals to a France that has never been happy with Nicolas Sarkozy’s reintegration of France into the Nato military command structure.

But none of this matters as long as Macron is making headlines that caress France’s national amour-propre and lessen Marine le Pen’s appeal as the vector of white, French, non-English speaking, non-Muslim, gallic identity.

With the German social democrats electing an old leftist Corbyn-type leadership, the Merkel coalition will soon end and German politics will become messy, confused with an opening for the strident nationalist Alternative für Deutschland.

Brexit has already isolated Britain as a European player, and under Boris Johnson, if he wins next week, Britain will cease to be a European actor as a “Brexiternity” of negotiations open on the UK’s future relations with 27 European nations each with its own agenda. Spain and Italy have got divided, unconfident governments. EU members in East Europe, like Poland and Hungary, are inward-looking clericalist illiberal states repudiating many of the values of tolerance, media and intellectual freedom and judicial independence which Nato and the European Community were set up to defend.

Trump wants to rule America but not lead the West. But the big development at the end of 2019, is the lack of confidence, leadership, unity and sense of purpose in most European nations.