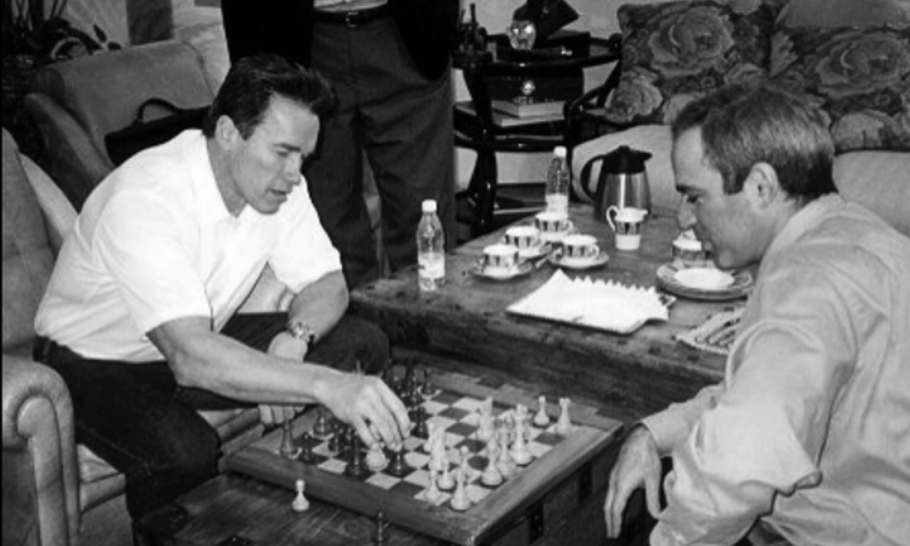 It might seem strange, given that the point of chess is to win the game by playing the objectively best moves, that chess writing and subjective chess style can reflect the spirit of the time, the Zeitgeist, as our German friends would put it. Thus Wilhelm Steinitz, undisputed World Chess Champion from 1886 to 1894, sought to codify the correct chess strategies and positional elements, in a series of publications and commentaries which mirror similar sweeping, if pseudo-scientific, pronouncements by other prominent intellectuals of that period. In his games across the board, Steinitz doggedly, some would say dogmatically, defended his published theories against the most illustrious opponents of his day in a series of epic matches for the world championship.

In a previous column I drew attention to the English historian Thomas Henry Buckle, who, in the same codifying vein, set himself the ambitious goal of writing the history of civilisation. Even more influential, in terms of their impact on our modern world, were Karl Marx in the field of economic theory, and Sigmund Freud, in the arena of human psychology. It also seems to me no accident that Steinitz, Marx and Freud, this triumvirate of towering intellectuals, were all of German/Jewish origin, and coincidentally, all three found refuge in London at pivotal moments of their careers.

In support of my argument that chess style and literature can reflect its time, consider the prime mode of land warfare from 1914-1918, certainly on the western front. The preferred modus operandi on both sides was attrition, based on the creation of an immense network of blockading trenches, stretching in an unbroken line from the Channel coast to the frontier of Switzerland.

Meanwhile, at sea, after the seemingly indecisive Battle of Jutland, the Kaiser’s High Seas Fleet, under the command of Admirals Scheer and Hipper, no longer dared to venture forth from its harbour at Wilhelmshaven, thus permitting the British Grand Fleet, led by Admirals Jellicoe and Beatty, to institute a parallel naval blockade. The overall effect of the combined terrestrial and maritime blockade was to starve the Central Powers of supplies, munitions and food, reducing them by 45 per cent from pre-war levels. A sad by-product of the blockade for chess was the death by malnutrition of the supremely talented Viennese Grandmaster, Karl Schlechter.

The most striking chess writer of the 1920’s was the Latvian/Jewish Grandmaster, Aron Nimzowitsch. At that time the Cuban World Champion, Jose Capablanca, was undoubtedly a greater player, but as a writer he lacked Nimzowitsch’s epigrammatic wit and powers of description. Nimzowitsch became enormously influential, even inspiring the chess board endeavours of Marcel Duchamp, as I pointed out in an earlier column. And what was Nimzowitsch’s first foray into shaping the chess thinking of his generation? It was his essay on The Blockade, explaining how to strangle your opponent by attrition and trench warfare. (Die Blockade published by Kagan’s neueste Schachnachrichten). In its pages he first propounded the ringing and memorable phrase, “first restrain, then blockade, finally destroy.” Die Blockade was the precursor of Nimzowitsch’s magnum opus, the chess player’s strategic bible, My System.

In practical combat Nimzowitsch may not have been Capablanca’s equal, but his record was certainly formidable, taking first prize in such elite tournaments as Dresden 1926 and Carlsbad 1929, in the latter event actually finishing ahead of Capablanca for the first and last time in his career. Nimzowitsch also won the tournament at Copenhagen 1923, where he created the ne plus ultra of blockading victories, with his opponent, the German Grandmaster Fritz Sämisch, reduced to utter paralysis  on a virtually full board through an inability to make even one remotely sensible move. Sämisch was no pushover. Six years later he was even to defeat the nearly invincible Capablanca, yet Nimzowitsch strangled Sämisch to death in spectacular style.

So what lessons can chess teach us for the future, for the post pandemic world which will emerge from the trauma of the Coronavirus cataclysm? During the crisis, chess, in common with the weekly shop, has pivoted decisively towards online activity. Last month I reported on the cancellation of the World Chess Championship Candidates Tournament in Ekaterinburg at the halfway stage. Every major chess tournament until the end of the year has now also been scrapped, including the British Championship, the elite Isle of Man Open and the Grand Chess Tour circuit.

However, unlike the postponed Tokyo Olympics, chess can easily be played online. The Four Nations Chess League, essentially the UK’s internal team championship, has switched online. Arnold Schwarzenegger has appeared on social media, reliving a somewhat catastrophic loss to Garry Kasparov (given below), engaging in a humorous clash of chess arms with his pet pony Lulu, but above all urging his vast online audience to keep their brains fit and stimulated during the Covid lockdown, by taking up chess:

On Twitter, Schwarzenegger recently tweeted at Kasparov:  “Thanks for always giving back and teaching chess to kids. Because of your inspiration, chess is part of our after-school programs. Now we have youth chess at every ⁦@ArnoldSports ⁩ festival around the world. I hope to catch up soon & learn more!”

Magnus Carlsen, the reigning World Champion, has also announced that he is organising an online tournament for the world’s top eight players, including himself, with a record $250,000 prize fund for an online chess competition. It starts next Friday.  Chess.com an online site where anyone can challenge human or computerised opposition, learn about chess strategies, ploys and tactics, and, of course, also follow archived and live Grandmaster games, reports a surge in subscriptions during Corona-bedevilled March, that would normally have taken ten years to achieve. Just checking as I write, I see that no fewer than 134,415 games are currently in progress, 4,453,868 games had been played during the course of the day, and over 30,000,000 subscribers are now site members, of which 39,726 had joined during the day I checked (April 7th).

The audience for chess now exceeds anything ever before seen in the history of the game, and it is all online. It is my view that the indicators from the world of chess plot the future of the world at large. Buy shares in supermarkets with online delivery services, expect online education and personal development resources to explode, look out for an expansion of high quality restaurants introducing home delivery services and watch closely as newspapers wither and media vehicles transfer to online delivery of opinion and information. Indeed, YouTube already boasts more young viewers than all UK terrestrial TV channels combined. As I predicted in an earlier column, TheArticle with its flexibility, up to the minute topical reporting and ability to interact and reflect readers’ views, represents the future of journalism.

I conclude my horoscope of things to come with a link to Arnold Schwarzenegger’s twitter site where one can find the very brief game won by Garry Kasparov against Schwarzenegger, a case of The Terminator Terminated.