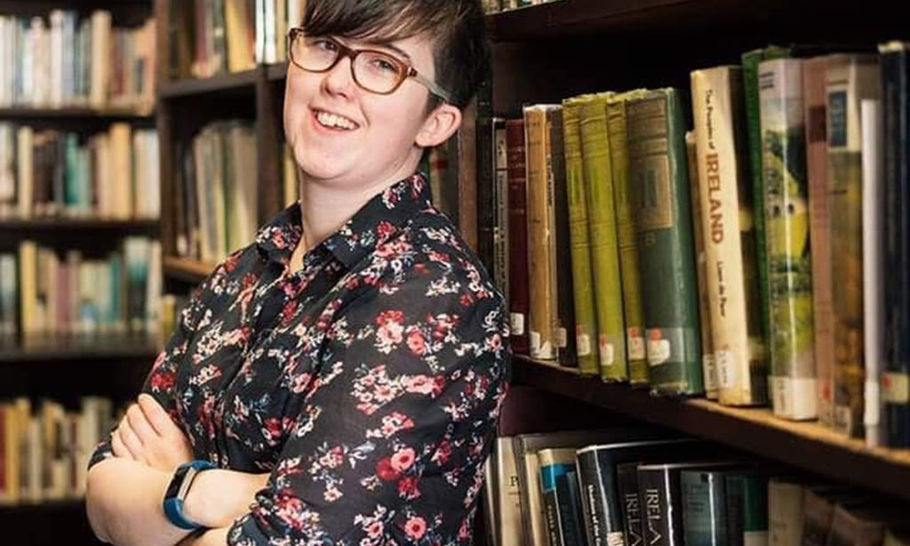 (Photo by PSNI via Getty Images)

Theresa May, Jeremy Corbyn and Leo Varadkar joined hundreds of other mourners, many dressed in Harry Potter outfits and Marvel comic book t-shirts, to say goodbye to Lyra McKee at a funeral service in Belfast’s St Anne’s Cathedral on Wednesday. The popular young journalist was shot dead by republican paramilitaries last Thursday night; an incident that caused shock and revulsion internationally.

Ms. McKee had been reporting on riots in the Creggan Estate in Londonderry, that followed police raids on houses in the city. The group that shot her is usually referred to as the ‘New IRA’, and its members are described by media as ‘dissident republicans’. But the fanatics who direct its activities are Provisional IRA veterans and, just like that organisation, they believe that they’re maintaining the traditions of the original Irish Republican Army.

Another tradition that they uphold is issuing outright denials or shifty apologies, when one of their operations causes outrage in their own communities. Yesterday, the group finally acknowledged that it was responsible for Lyra McKee’s killing, with a particularly weaselly statement:

“On Thursday night following an incursion on the Creggan by heavily armed crown forces which provoked rioting, the IRA deployed our volunteers to engage,” it read. “In the course of attacking the enemy Lyra McKee was tragically killed while standing beside enemy forces. The IRA offer our full and sincere apologies to the partner, family and friends of Lyra McKee for her death.”

These hate-filled ideologues, who fomented a riot, brought youths from their homes to throw petrol bombs and mobilised gunmen to shoot through the chaos, then offered to be more careful the next time they try to kill police officers. “We have instructed our volunteers to take the utmost care in future when engaging the enemy and put in place measures to help ensure this.”

If it hadn’t followed such a heartbreakingly serious incident, this press release could have been mistaken for grim parody. It’s as if the terrorists’ health and safety officer plans to vet riots and shootings more thoroughly next time.

In the immediate aftermath of events in Derry, quite properly, attention focussed on the solidarity shown by political leaders, who issued a joint statement condemning the shooting. At the funeral today, Arlene Foster, who leads the largest unionist party, the DUP, sat beside Mary Lou McDonald and Michelle O’Neill from Sinn Fein, which is now northern republicanism’s dominant voice. It was an appropriate piece of symbolism, in the circumstances.

Yet, the New IRA is only the latest organisation committed to killing its way to an all-Ireland republic and its predecessors perpetrated acts that were just as senseless and tragic. Some commentators have drawn parallels with the murder of Joanne Mathers, another 29 year old civilian who was shot dead in Londonderry by the IRA. She was targeted in 1981, one of the worst years of the Troubles, because she was gathering census information for the government.

On that occasion, the IRA denied responsibility and claimed that she had been killed by people “attempting to discredit the election campaign of hunger striker Bobby Sands”. Now one of its former ‘volunteers’, the author and historian Anthony McIntyre, who has become a vocal critic of the Provisionals, writes, “our IRA had no more right to shoot dead 29 year-old Joanne Mathers than their IRA had to shoot dead 29 year-old Lyra McKee.”

During the 20 plus years since the Belfast Agreement, Northern Ireland has enjoyed relative peace and stability. However, the political process has required very little contrition or self-examination from paramilitary murderers, and that means that attitudes to violence remain an unresolved problem.

Sinn Féin’s leaders condemned Lyra McKee’s killing, but they continue to commemorate publicly previous generations of terrorists, who were involved in equally notorious crimes. Almost two decades after the RUC was replaced by the PSNI, and a 50-50 recruitment policy made it more representative of the community it served, the police are still habitually treated with suspicion by republican politicians.
The backlash against the New IRA in republican areas of Derry and elsewhere is significant and, hopefully, it will make it more difficult for that organisation to carry out its activities in the future. Until all the major parties in Northern Ireland agree that celebrating paramilitarism is unacceptable, though, and acknowledge that political violence outside the law was never justified, there will always be potential for more terror.