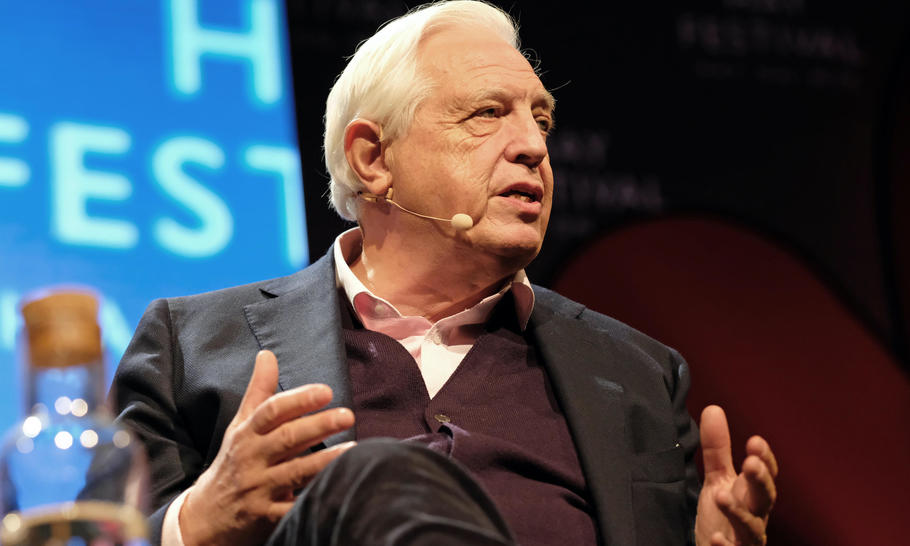 On Thursday I heard the veteran BBC reporter, John Simpson, give an after- dinner speech about his career. Several things struck me. First, his enormous courage, facing death on at least ten occasions and enduring torture in Beirut in the early 1980s. Second, the number of world-historical moments he has covered over more than fifty years for the BBC: traveling to Tehran with the exiled Ayatollah Khomeini in 1979, a return that heralded the Iranian Revolution, the Tiananmen Square massacre, the release of Nelson Mandela, reporting on the fall of the Ceauşescu regime, the entry of allied troops into Kabul (and more recently their hurried departure).

Unfortunately, what also struck me was a piece of myth-making about the relations between the BBC and the Johnson Government. Simpson spoke with some passion about the threat posed by the Government to the future of the BBC. Really? Was it the Johnson Government who destroyed what was once the greatest Music and Arts department in world television in the 1990s? Or who was responsible for the dumbing down of history and science programmes on BBC television, bringing in celebrity presenters instead of using commentary to present high quality research from producers and researchers? Was it the Conservative Government who was responsible for poor stewardship of the famous archives and libraries of the BBC? Did John Simpson ever speak out about any of these changes brought about by successive heads of the BBC?

Or what about the changes in his own department, News and Current Affairs? He had nothing to say about the Martin Bashir affair. About the BBC’s constant attacks on Brexit, the Prime Minister, its failure to provide detailed analysis of Covid over the past few months. The last is perhaps the most troubling. Every day BBC news programmes present the latest figures for Covid cases, hospitalisations and deaths from Covid. These are useful figures. The problem is that they are never explained. Who exactly is being hospitalised or dying? Which groups are most at risk and therefore which are not? Is it still the case that the groups most at risk are the elderly, so-called BAME people (I say so-called because of course this term never includes certain ethnic minorities), those with predisposing conditions? What percentage of those who are hospitalised or die from Covid come from these three groups? We are never told. This matters because the vast majority who don’t belong to these groups are therefore much safer than these statistics suggest, and huge decisions were made about the economy when large numbers of people were extremely unlikely to ever be hospitalised or die from Covid.

Then there is international news, Simpson’s own domain. What about the anti-Israel bias on BBC news which has been on the rise in recent years? What about news stories which just fall through the gaps? The coverage of the German election has stopped. The coverage of the Russian elections lasted barely a day. The coverage of Covid around the world has focused on a few particular countries: India, for a while; America, of course; Brazil and a few other South American countries, occasionally. What about Russia, with 216,000 dead, and that’s if you believe the official figures? Or Iran, nearly 125,000 dead, and again that depends if you believe state statistics? Or South Africa, fast approaching 100,000 dead?

As many on social media point out, BBC news programmes show a huge bias in favour of American news stories. Even then, these stories are either not really news stories at all, or the coverage is curiously problematic and focused on showbiz: William Shatner goes into space for eleven minutes, a few dozen people protest about the rights of Britney Spears to manage her own estate. But how many Black Americans are killed by white police as opposed to killings by other Black Americans? What happened to the US budget crisis, that was barely covered anyway outside of the early evening BBC News Channel programmes with Ros Atkins and Christian Fraser. None of these omissions or distortions has anything to do with the Johnson government.

As for domestic news, someone at the BBC has decided that programme after programme must lead with doom and gloom. No petrol for a few days? Hold the front page. There was no attempt to ask if the rights of motorists are good for the environment. Isn’t that partly how we got into this environmental crisis in the first place? Is there a debate to be had about this? Apparently not.

In early October, BBC news programmes are constantly worried about whether there will be turkeys and disappointed children at Christmas time. Is this really a news subject ten weeks before Christmas, is that what Christmas should be about anyway and how many people in Britain (including Christians) really enjoy our growing obsession with this version of Christmas? All these assumptions are put forward without any questioning at all. Apart from a few exceptions on the News Channel and the more thoughtful programmes on Radio 4, there seem to be no dissenting voices or spaces where these assumptions can be questioned or even discussed.

There is much to admire about John Simpson’s career. But in a way he is part of the problem rather than the solution. A new crisis somewhere in the world? Fly in John Simpson, whether it’s Belgrade or Bucharest, South Africa or Tehran. After his speech there were questions. Someone asked him what he thought of Russia? A more modest man might have told the questioner to ask his colleague, Steve Rosenberg, but Simpson gave his views, which were not especially well-informed. Jeremy Bowen, the BBC’s Middle East editor, covers an empire almost as great as Simpson’s, from Israel to Iran, almost 2,500km, the same distance as London to Moscow.

There is much here for a thoughtful, courageous and hugely experienced BBC reporter to ponder on. But it seems he had no criticisms to make of the BBC or changes it might need to make. As John Simpson approaches eighty, is it time for the BBC to rethink the role of the omniscient global reporter?  No wonder it’s easier to just blame the Government instead.