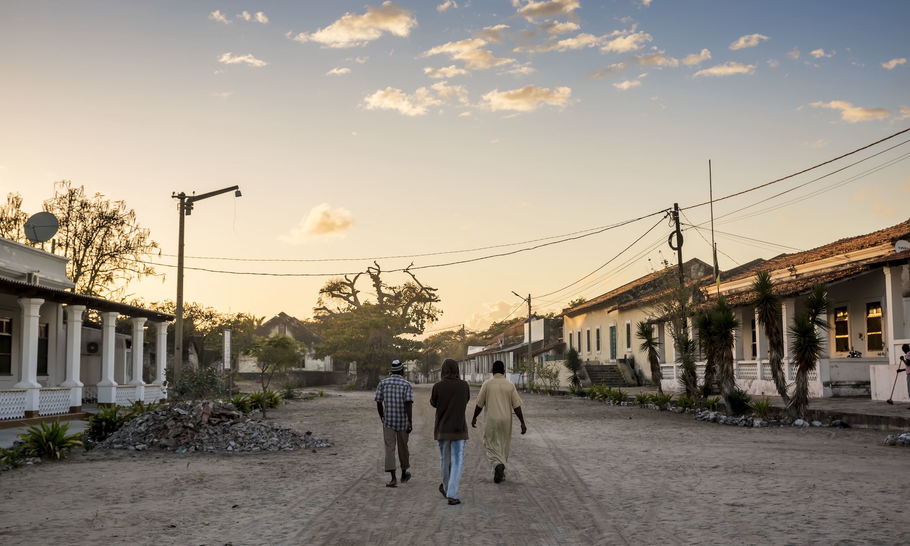 A dangerous cocktail of unemployment, social exclusion, poverty, corruption and gold smuggling has led to the rise of violent machete gangs, which are offering their services to local power brokers and criminal gangs fighting for power in both Mozambique and Zimbabwe.

International media reports have shown that Islamist militants have carried out a number of brutal attacks and killings in Mozambique that have left hundreds dead and displaced more than 65,000 people, according to estimates by humanitarian agencies including Human Rights Watch.

A wave of violence perpetrated by a criminal gang in Cabo Delgado, 2,000 kilometres north of Maputo, in the far north of Mozambique near the border with Tanzania, came to public attention after shocking armed attacks on police stations in October 2017.

The group deploys thugs to attack and decapitate people, apparently indiscriminately, with machetes and firearms, and burn down houses and villages as part of its campaign of terror aimed at forcing the Mozambican state to adopt extreme Islamist practices.

A study by Hussein Mohammed Gari, published in mid-2018, found that the group’s activities were funded by illegal trafficking of timber and rubies. The study found the group wants the full adoption of Sharia law, along with an Islamic education system. Its membership is drawn from among unemployed and marginalised youth, particularly speakers of the Kimwani language, the study said.

“A heavy-handed response and large repression from government could worsen the situation and create socio-economic and insecurity situations,” the study found. It also worried that this “might lead the group to use other, more sophisticated techniques such as bomb attacks that would affect the current efforts to stabilise Mozambique economically and politically if the government is unable to fulfil its part of the social contract.”

A 2017 UN Development Program report, titled “Journey to Extremism in Africa: Drivers, Incentives and the Tipping Point for Recruitment” sheds more light on why the young are driven into violent extremism.

The Mozambican President Filipe Nyusi, sworn in for another five-year term on January 16, has vowed to tackle extremist gangs. “We will not rest until their perpetrators are neutralised and held accountable,” he said at his swearing-in ceremony.

In Zimbabwe, citizens are living in fear as the troubled country gradually slips into crisis. Machete gangs who have unleashed terror in the mining areas — attacking miners and taking control of small-scale gold mining claims — have now extended their activities to cities, committing violent robberies. Police spokesperson Assistant Inspector Paul Nyathi has told local media that the number of people killed by the machete gangs in the past year is in the hundreds.

Zimbabwe’s central bank says the country has the second largest gold reserves per square kilometre in the world, with 13 million tonnes of proven reserves of which only 580 tonnes have been exploited since the country gained independence from colonial rule in 1980. Small scale and artesian mining are growing as the economy fails to offer alternatives to Zimbabwe’s vast ranks of unemployed, creating easy pickings for the gangs.

The gangs, operating under code names “MaShurugwi” or “Mabhemba,” have been linked to senior officials, right up to the top of the government. This may explain their boldness — they appear to operate with impunity; few arrests are ever made; they have even, on several occasions, invaded hospitals to finish off their victims; and are not averse to raiding police stations to free fellow gang members.

In reaction to the growing violence, police have adopted a shoot-to-kill policy while the Parliamentary Portfolio Committee on Mines and Mining Development has called for mandatory jail sentences against the machete gangs they say are now a danger to society.

The chilling warning from the police has apparently failed to intimidate the machete gangs. Some analysts have described the militias as foot soldiers for politicians, and even President Emmerson Mnangagwa has been linked to their rise. With elections coming in 2023, the militias could become useful political tools to “help manage their political campaigns,” said journalist, analyst and researcher Tawanda Majoni, who runs a fact-checking organisation for the Information and Development Trust.

“These militias have their blessings from very high offices,” Jonathan Moyo, a former cabinet minister, tweeted on January 17. Moyo fled into exile when Mnangagwa staged a military coup that ousted the late long-serving President Robert Mugabe in November 2017.

Zimbabwean researcher Learnmore Zuze said: “The elite groups somehow are the owners behind these groups if not employers of these groups. Real action is needed, not cosmetic actions against terror gangs. The lawlessness has taken a shocking dimension and Zimbabwe must be saved.”