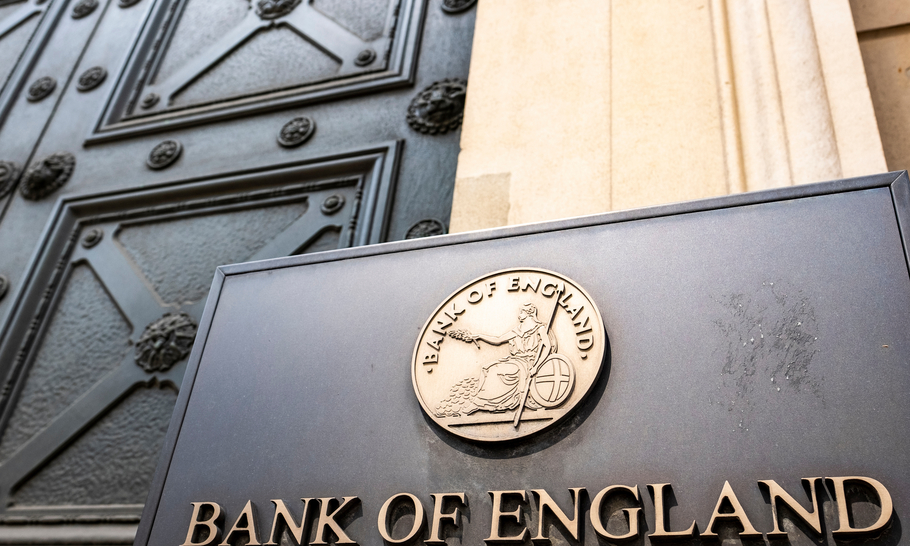 Central banks have been behind the curve in tackling increasing risks of higher inflation for the past year or more. The price shocks induced by the invasion of Ukraine added to challenges facing the Federal Reserve and the Bank of England as they made interest rate decisions this week. Now they find themselves fighting one economic battle (inflation) while another (lower growth) looms.

The pandemic prompted central banks to pump more money into the economy via even more Quantitative Easing (QE). It was a panic move, which in the UK, at least, in effect also monetised extra government borrowing (the Bank of England printed money while the Government spent). This was not the financial crisis of 2008, when bank balance sheets needed repairing.

This time, QE pushed up the money supply and as economies bounced back from lows in the first half of the fiscal year 2020, the conditions for higher inflation were set. At the same time, so-called austerity had ended and governments of all persuasions had become much more relaxed about increased borrowing and spending. Central banks continued to pump money into the system, while assuring us there was nothing to worry about. Towards the end of last year, the penny dropped as they began to play catch up, revising inflation forecasts higher and higher.

Now, the war in Ukraine has pushed some prices higher still. Higher prices are being driven by the conflict itself — for example, with grain prices going up as supply is cut — and also by sanctions and other actions taken by democracies against Russia, particularly affecting oil and gas. If central banks had been on top of things beforehand, the way ahead might have been clearer. As it is, we have a potentially inflationary environment injected with the accelerant of a price shock. The inflation rate in the UK was 5.5% in January and the Bank of England only last month forecast it would peak at 7.25%. Now, it predicts inflation of 8% soon, rising higher later in the year as energy prices hit household bills.

As demand increases, so supply responds; but as an economy reaches its productive capacity, more of the rise in demand is reflected in price rises rather than output. The question for central banks, therefore, when presented with price rises, is: how much of this is due to an economy reaching full capacity rather than one off price shocks (e.g. from a supply bottleneck, or a bounce-back as normality returns post-pandemic)? If the former applies, an economy could be facing more general inflationary conditions. And if money supply is expanding too, the risks are greater.

An energy price shock, while it raises the consumer price index (a measure of inflation), usually has a slowing impact on the economy. This is because demand for oil and gas is, in the short term, inelastic: a big change in the price doesn’t change the demand much. Our heating bills are skyrocketing so we might turn down the thermostat a degree, but we will still heat our homes and pay those bills. Yet if our incomes do not rise sufficiently, the money available to spend on “non-essential” items — discretionary spending — goes down, because we are spending more on what we need.

Less discretionary spending means less demand. This matters to everyone (e.g. less money for holidays or a new car) but especially for those on lower incomes. After all, just how “discretionary” is spending on clothes, shoes, or replacing a faulty washing machine or refrigerator? Lower demand leads to lower growth. We may be less dependent on oil and gas than in the 1970s, but the Bank of England certainly believes there will be a hit to GDP growth.

Today the price shock, due to the horror in Ukraine, is happening while central banks are worrying that they have let the inflationary genie out of the bottle. They cannot do nothing, in the way the Bank of England stood back during temporary commodity price rises in 2011. That is why this month the ECB announced it will turn off the QE taps more quickly than planned, why the Fed has started raising rates, and why the Bank of England this week increased its Bank Rate by 0.25% to 0.75%. At the same time, governments have been stimulating their economies (especially in the US) and now seem likely to increase defence spending substantially. But if central banks go too fast, monetary policy might tighten too much into an economic slowdown.

Raising interest rates this month was the best option for the Federal Reserve and the Bank of England, but the economic uncertainties have increased and it takes time for the economy to respond. There is only so much that monetary policy can achieve at the best of times. Indeed, the Bank of England recently made the point that changing interest rates has less impact now than in the past because more households have fixed rate mortgages. That suggests it should have done more earlier, or could have raised the Bank Rate higher this month.

Nevertheless, real incomes face a big hit this year as inflation runs ahead of earnings. In the short term, there is not a lot that can be done about that and we are going to be poorer. Governments should mitigate the impact for those on low incomes. Longer term, we need to ensure economic growth is sustainable, in every sense. That means making sufficient efforts to encourage a more productive economy that is less dependent on fossil fuels.