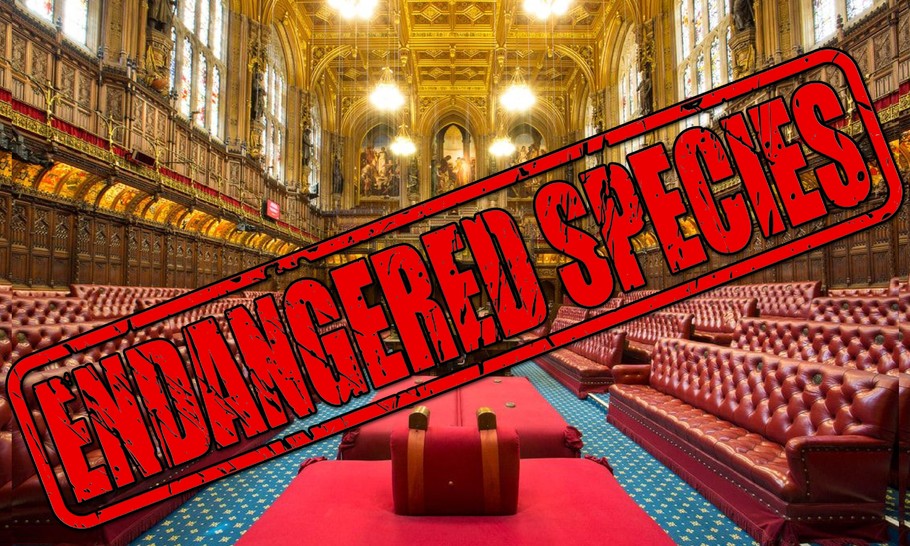 Berkhamsted Castle is a magnificent medieval ruin built in the 11th century to guard the northern approaches to the capital. It positively oozes history: it’s where English bishops, earls and the chief men of London submitted to William the Conqueror after the Battle of Hastings. I take my grandchildren there and we talk about these watershed moments in our history.

A sprawling grassed-over bailey is flanked by the remains of a massive flint curtain wall beneath towering, ancient oak. It’s a lovely spot for a summer picnic and quiet reflection on how power, privilege and government have evolved in Britain over the centuries.

The House of Lords, which the Labour Party wishes to abolish as part of wider constitutional reforms, is a direct link back to those Anglo-Saxon magnates who bowed the knee to William. Along with the monarchy and the House of Commons, the Lords sits at the heart of our unwritten constitution.

History shapes us, our values and our attitudes. It helps us understand why our country is the way it is. It feeds our love of pageant. It burnishes our prestige. It’s a source of fascination and pride.

But it does not, much as we may wish, bequeath a common or collective identity. Not anymore anyway. The death of Queen Elizabeth II, a uniquely inclusive figure who somehow papered over the cracks of our unsettled kingdom, has closed that chapter. We quarrel over our past as we try and shape the future.

Supporters of the status quo say the Lords represents continuity. There are impressive peers on all sides who bring wisdom to public debate.

It does a reasonable job as a revising chamber. It brings life experience to Parliament. And it doesn’t challenge the supremacy of the Commons. There is some truth to all that.

The Conservative peer Lord Finkelstein argues here that axing the Lords is a bad idea. It needs reform but not replacement. It’s a reasonable argument, but it doesn’t address the core issue, which is that the Lords is an anachronism uniquely at odds with 21st century representative democracy. Making it better won’t make it more representative or begin to restore trust in our broken politics.

The Lords is an institution founded on patronage, just as it has always been — especially since the institution of life peerages by appointment. Leave aside Michelle Moon, who is ensnared in a PPE scandal and now on extended leave of absence, and Evgeny Lebedev, who is perpetually on leave. Peerages are in the gift of the Prime Minister, often as a reward for loyalty or money. The going rate for a peerage according to the Sunday Times is £3m.

The Lords has become grotesquely bloated – only the Chinese National People’s Congress is bigger. It is increasingly filled with political cronies, rich party donors and upper-class exotica.

Protestant bishops sit in the Lords, just as they did as Lords Spiritual in Anglo-Saxon Witans in the 11th century. Chief Rabbis have been granted peerages but no Roman Catholic priest has sat in the Lords since the Reformation. Yet there are over five million Catholics in Britain, not to mention three million Muslims and a million Hindus.

There are plenty of women peers but none are likely to succeed the 92 remaining mostly, white male hereditary peers. Hereditary peerages almost invariably pass down the male line to the first-born son. The monarchy only abandoned the male succession in 2011.

The Lords is not a different or an original voice. Out of 800 peers, 623 are Tory, Labour or Liberal Democrat who subject to the party whip. There are 185 crossbenchers and barely 40 non-affiliated peers.

Attempts to reform this peculiarly British or more precisely English version of democracy has gone on for years. Reform of the Lords is the quintessential long grass issue. It springs up from time to time only to be buried in waffle and procedure.

The reforms, crafted by former Prime Minister Gordon Brown and announced by Labour leader Sir Keir Starmer are billed as the “biggest ever transfer of power”: an elected upper chamber, more powers for local and regional government and more devolution to Cardiff and Edinburgh.

For Scottish nationalists, fearful of going the whole hog, it offers a tempting alternative to secession. Inevitably the proposals are too radical for some and not are radical enough for others.

A few, mostly Tories but also some within Starmer’s own party, caution against going too far too fast. It would be a “waste of political capital.” Reforming the Lords isn’t the first thing voters mention on the doorstep as we head into a harsh winter fuelled by the long-running war in Ukraine.

But constitutional reform – how we are governed- matters. Voters care passionately about fairness. Privilege, patronage and sleaze – one rule for them another for us – all the things the Lords have come to personify, sit just beneath surface of an aggrieved electorate ready for change.

What do you say to a care worker faced with a below-inflation pay rise for the tenth year in a row when peers can claim as much as £50,000 a year without attending a single debate or raising a single question?

The Lords diminishes Britain’s democratic credentials and it robs voters of a second voice. It needs to go. But it is not something to rush into.

So what should a modern, democratic second chamber look like?

A directly elected upper house with legislative powers– the core of Brown’s proposal – is problematic. For a start it would merely substitute one form of patronage with another. It would challenge the authority of the Commons. It would also, as in the US, be a recipe for legislative gridlock.

A reformed chamber that somehow reflects Britain’s increasingly strong regional impulses feels like the right path to go down. It would be a spectacular contribution to levelling-up. The Lord’s function as a revising chamber could be replaced with much stronger powers of scrutiny for committees in the Commons.

But reforming or replacing the House Lords can’t be a rush job. Nor can it be a party political project pushed through a divided Commons. Britain is a country and a Union profoundly at odds with itself, its past and its future. Brexit is the open wound that proves the need for consensus.