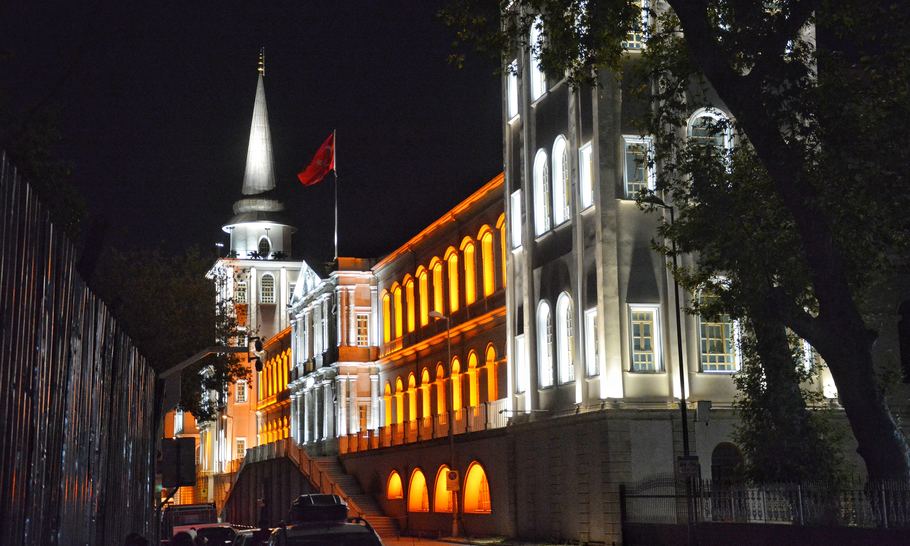 War seems a long way from the tranquillity of an ancient Istanbul hamam. Bare-chested Ibrahim floats a shroud of soap bubbles over a near-naked woman’s body and starts gently kneading her with orange-scented oil. Fifteen hundred kilometres to the southeast, terrified Kurdish families, some of them carrying the limp bodies of their dead children, are fleeing Turkish military bombardments on their homes. A swatch of Syrian territory is being cleared of people the Turkish government says are terrorists.

In Istanbul, the Bosphorous gleams and the sidewalk cafes hum with the chatter of locals and tourists. There is little talk of the brutality at the border with Syria, what some are calling the “ethnic cleansing” of Kurds who formed the backbone of the US-led campaign to rid the region of the Islamic State group’s insane “caliphate”.

The BBC has found British children of IS fighters held among refugees on the Syrian side, in camps that were guarded until a few days ago by the stalwart Syrian Defence Forces, Kurdish-led militia who enabled the near rout of IS in Syria and Iraq. Now the Kurds have left, saving their own skins. No longer guarded, the IS fighters are themselves fleeing.  Some reports say thousands, but no one knows for sure, or where they’re headed. U.S. President Donald Trump says Europe can have them.

Foreign residents in Istanbul muse over mezze that perhaps Turkey’s President Recep Tayyip Erdogan is setting his country up for a violent backlash. Some Kurds, after all, fought a bloody insurgency against the Turkish state for years. Thousands, however, died fighting the “caliphate” alongside US forces – who lost but a handful and are pulling out, part of Mr Trump’s campaign promise to get out of what he calls “endless wars”. As the Syrian Army joins the Kurds to repel the Turkish assault, it appears a new war is just beginning.

On the terrace of a private club on the European bank of the Bosphorous, a repetitive funk refrain of “freedom, freedom” is the background beat for sundowners. Sipping a G&T and pulling on a cigar, a long-term resident says the Kurds have “always been the scapegoat” that unites Turks. “Many Turkish people see them as the enemy, interestingly, and no one here cares what is happening a thousand or more miles away,” he said.

More than any violent consequences of the military action against Kurds in Syria – who “given an inch have taken a few hundred square miles in their quest for a homeland,” the cigar smoker says – Turkish people might care about the impact of their currency’s consistent weakness. Privately-funded infrastructure projects, such as that to build a port-side quarter of shops and restaurants, may falter when loans taken in US dollars come due. The lire fell by two per cent on October 7 when Mr Trump threatened to destroy the Turkish economy if Mr Erdogan acted against the Kurds outside unspecified “limits”. Now US sanctions loom as punishment for the military assault.

Clearly, there is wealth in Istanbul, the country’s cultural centre. Beneath the glossy veneer of boutiques and renovations, life can be harsh. Traffic on the narrow, cobbled lanes, and even on the highways, is held up by men pulling handcarts loaded down with the recyclable rubbish of the well-to-do, a common scene in impoverished metropolises from Kabul to Karachi. Ankara can only support the lire, selling billions into the foreign exchange markets in recent weeks, for so long.

Political repression in recent years has seen thousands of people imprisoned for apparent opposition to Mr Erdogan. Foreign journalists are routinely intimidated, even put on trial for reporting that the administration views as unfavourable. There are fears among the international press corps that critical news stories could see their visas revoked. Local media have been crippled as the state seeks to tighten control on information. Surviving Turkish news organisations are viewed as cowed mouthpieces for Mr Erdogan.

Mr Trump’s contempt for his office has enabled bad behaviour by men who would be dictators. The murder and dismemberment of Saudi journalist Jamal Khashoggi happened just over a year ago in his own consulate, 10 kilometres from Galata Tower, with little consequence. The Saudi Crown Prince Mohammad bin Salman is pointlessly trying to revive his global reputation, building an international team of advisers and appointing savvy diplomats to buttress his televised mea cuplas. Impunity is built in to the new world order.

Nightly fireworks boom like artillery shells over the Bosphorous, the back beat to the gaiety of life far from the front lines. For the Kurds, embedded in a history on repeat, the fireworks on the border bring death, and a constant reminder that they have no friends, not even those they have fought and died for, but the mountains.