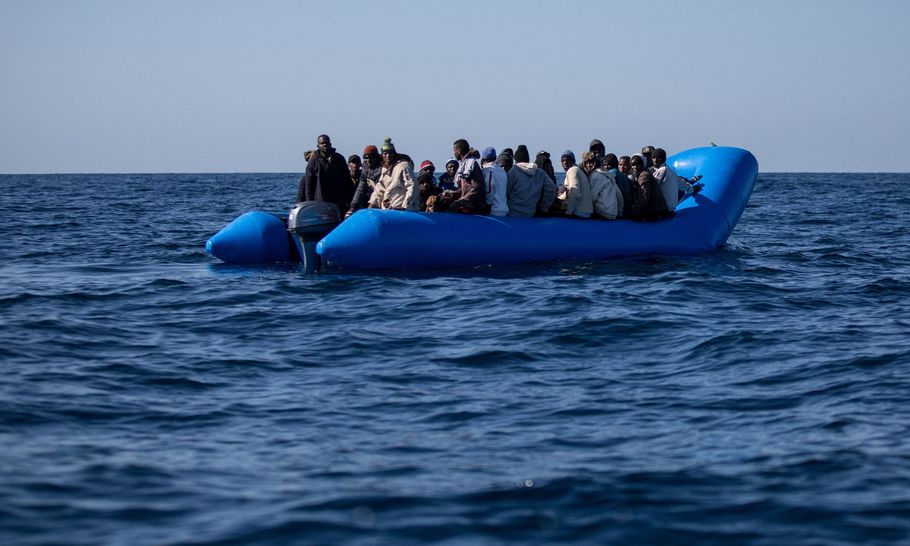 The Holocaust is a subject close to my heart. In Nazi-occupied Budapest, my Catholic mother, Vali Racz, risked her life to save a group of her Jewish friends. Decades later I got to know these Holocaust survivors and together we attended the unveiling of my mother’s marble plaque on the Honour Wall at Yad Vashem. I have the greatest regard, and affection, for those who endured the ‘nightmare years’ of Nazi terror.

But it would be wrong to assume that all those who went to hell and back – the one-time inmates of the concentration camps – were afterwards endowed, through their suffering, with perennial good judgement and wisdom. That is the observation I made whilst watching the BBC’s documentary film, The Last Survivors, pegged to the recent Holocaust Memorial Day.

It was a moving film, immensely sad as expected, and one couldn’t help but warm to the now very elderly men and women who related their stories of persecution and loss. But one of the interviewees gave me pause. Anita Lasker-Wallfisch was the famous one among the survivors interviewed. A cellist, it was her cello-playing ability which saved her life at Auschwitz, when she was fortuitously put into the women’s orchestra at the camp. It is a fascinating story and Lasker-Wallfisch is a highly intelligent woman, now aged 93 and still going strong.

My first slight sense of unease came during the on-camera conversation she had with her daughter, Maya, a psychotherapist. It seems Mum was often an absentee parent, focused on her career, and now admits she might not have given her children all they needed. After the experience of Auschwitz, her attitude was: ‘You got food to eat? Got a roof over your head? Nobody’s trying to kill you? Then don’t complain.’ Actually, I sort of get that, but even so…

My main issue with the nonagenarian, however, wasn’t to do with her parenting style. It concerned the misguided speech she gave to the Bundestag a year ago, part of which was included in the BBC film. In true left-liberal manner, she lavished praise on Chancellor Merkel for so generously opening the door to ‘thousands’ of asylum-seekers.

First mistake: it wasn’t thousands, but a cool million pouring into Germany as a result of her disastrous 2015 decision, and, according to the European Commission, over the past five years nearly two million asylum-seekers have entered the EU. As for those whose asylum claims have been rejected but remain nonetheless (illegals hoping to keep under the radar) – no one knows the exact number. Maybe they’ve given up counting.

Next, Lasker-Wallfisch gave a stern warning about the rise of dangerous right-wing demagoguery in Germany. Predictably, the chief culprit was Alternative für Deutchland, which she viewed as basically neo-Nazi, rather than what it truly is: the only party in Germany seriously addressing valid concerns about the ceaseless wave of illegal migration via the lucrative people-smuggling trade which Merkel kick-started.

As a Holocaust-surviving Jew, someone who understands only too well the dangers of anti-Semitism, Lasker-Wallfisch states her dismay at seeing this evil rearing its ugly head again, big time. We can’t let the terrible events of the past be repeated, she pleads, we must learn from history. Yes of course, we all know the refrain, and it is undeniably true. But what this clever and gifted woman fails to see – perhaps is wilfully blind to – is that the increase in anti-Semitism in Western Europe is in direct correlation to the mass influx of migrants from countries which are culturally anti-Semitic. And how could it be otherwise? Most incomers from Syria, Afghanistan, Pakistan, Bangladesh, Iran, Iraq, Somalia, North Africa (the list goes on), will have been absorbing anti-Jewish sentiments all their lives, at their schools and madrassas, at their mosques, through their reading of the Koran and the Hadith. They aren’t going to suddenly become open-minded Jeffersonian democrats and sharing-caring pluralists just because they have planted their feet on another continent.

For all her exalted status (and I use those words sincerely), Anita Lasker-Wallfisch belongs to that body of left-liberals who deludedly equate the ongoing flow of Third World migration with Jews fleeing the Nazis and post-war devastation, and they demand open borders for all. But this is a dangerous comparison. Because today’s migrants are not the same as yesterday’s Jews.

Those Jewish refugees were able to integrate so well in their adopted countries because they didn’t bring with them cultural, religious or socio-political baggage which prevented them from doing so. In their new foreign environments – whether in the UK, America, Canada, Australia – they nevertheless remained within the embrace of the time-honoured Judaeo-Christian traditions, values and beliefs that connect us all in the West and underpin our Western civilisation.

No one would deny genuine refugees fleeing Middle Eastern and African calamities the human right to secure a safe haven. But that right doesn’t come with an assurance that the haven has to be in Europe. Wouldn’t it make sense for those who prefer their own belief systems to ours, to remain within their own (cultural as well as geographical) regions?

No doubt Anita Lasker-Wallfisch, who sought refuge here after her wartime agonies, was welcomed and made a successful new life, feels it behoves her to be equally welcoming to other asylum-seekers, whoever they are, wherever they come from. That’s understandable. In fact I can empathise with that emotion, belonging as I do to a family which escaped from communist Hungary in the aftermath of the 1956 Revolution and was granted asylum in America. But for all the reasons given above, the current global migration crisis is a state of affairs too complex and too problematic to fit into that simple, cosy equivalence, much as it would make one feel all munificent inside, and win plaudits at the Bundestag.