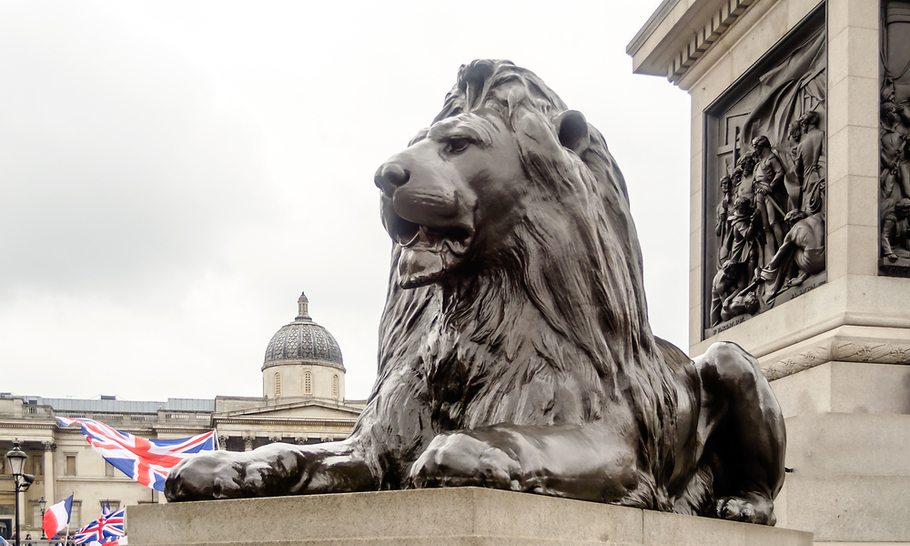 If you listen to “Sleep Well Beast”, the 2017 album from the American indie band The National, on the third track, Walk it Back, you will hear the following words spoken in sombre tones:

People like you are still living in what we call the reality-based community. You believe that solutions emerge from your judicious study of discernible reality. That’s not the way the world really works anymore. We’re an empire now, and when we act, we create our own reality.

The quote comes, allegedly, from an interview with the former Republican and George W Bush strategist, Karl Rove (rhymes with Gove). Although Rove subsequently disputed it, the journalist who interviewed him for the New York Times in 2002, Ron Suskind, subsequently set down the quote in full in an article on Bush’s “faith-based presidency” in 2004. It goes on:

While you are studying that reality — judiciously, as you will — we’ll act again, creating other new realities, which you can study too, and that’s how things will sort out. We’re history’s actors, and you, all of you, will be left to just study what we do.

History’s Actors versus the Reality-based Community. It’s a good summary of how the Cummings-Johnson premiership sees the world. Inspire rage in your opponents, let them rationally deconstruct your actions while you tilt the playing-field again, keeping them guessing and never able to land a knock-out blow. “I’ve learned over the years that ‘rational discussion’ accomplishes almost nothing in politics,” as Cummings put it in 2017.

It’s a handicap of the liberal left often to assume our opponents on the right are stupid and don’t know what they are doing. Johnson may appear increasingly inarticulate and out of his depth as Prime Minister, but Cummings isn’t stupid. He is intelligent, clever and dangerous. Unlike his boss, he is strategic and thinks several steps ahead. As the historian Stefan Collini wrote after studying Cummings’s blogs and essays:

His writing displays an alarming ability to focus on a goal to the exclusion of noticing, or caring about, any amount of collateral damage. Emotions mostly figure as forms of irrational distraction. Toes, after all, were put in the world largely to be trodden on.

Tony Blair’s former political secretary John McTernan calls Cummings “a man with a plan”. It is an agenda for state modernisation, in which advanced technologies — driven by a strong dose of utopian technocracy — will be at the forefront.

Several of Cummings’s ambitions for government, and what Collini calls his “dismissive impatience”, might actually be shared across the political spectrum. The demand for a British DARPA, for example, was endorsed by the 2019 report on a Mission-led approach to the UK economy authored by Mariana Mazzucato and David Willetts. This argued strongly for systematic support for science and technology as part of engaging the state in co-creating public value. It was an approach that involved and engaged several UK government departments.

Underpinning the Cummings-Johnson strategy, and its campaigning, has been a form of English exceptionalism. When Seymour Martin Lipset’s American Exceptionalism was published in 1996 I recall a frisson of excitement amongst the Conservative Party policy wonks who used to attend the receptions and dinners and visits to the Proms that my team at the BBC organised. Was there not, I heard some of them say, a kind of English exceptionalism that underpinned the conservatism of England — the kind of individualist, mercantile philosophy which differentiated English from continental history? It’s the end-of-Empire philosophy that drove the Brexit campaign.

For Johnson, that English exceptionalism reinforces his “great man” theory of history, spelt out in his biography of Churchill. Cummings’s understanding of history, as set out in his writing, is a lot more intelligent and nuanced. Johnson’s heroic leadership model, and its associated imagery, has been actively constructed through management of the government’s narrative, assisted by Conservative-supporting newspapers. Following his welcome recovery from the virus, the Johnson soap opera has developed into a narrative of individual personal responsibility, in which British common sense and “doing our duty” will carry the day.

Cummings’s flit to Durham threatens to undermine this narrative, as the public sees a prominent government figure flouting the rules.

But then rules don’t matter to “History’s Actors”. Johnson’s political career is littered with norm-breaking to the extent that it is impossible any longer to believe in the Nolan consensus established twenty-five years ago. While we in the reality-based community are judiciously analysing their behaviour, they are moving on to the latest outrage, acting again, creating a new reality.

Sometimes, because of this, the liberal-left focuses on a legitimate target — law-breaking in the Brexit referendum, Russian disinformation in the US election — while missing an obvious truth. In the Brexit referendum, Cummings understood the need to reach beyond the existing electorate, and that Facebook advertising would be key. An additional three million people voted in 2016, in part reached by social media advertising and the sharing of material which engaged them. Roger Mcnamee, long-time Facebook investor turned recent Facebook critic, says in his book Zucked, that the Brexit side’s message “was perfect for the algorithms and the other’s wasn’t.”

Russian disinformation certainly played a role in the 2016 US election, says Professor Kathleen Hall Jamieson, but more important was Fox News and the network of conservative and alt-right media outlets operating on Facebook and other platforms, as Yochai Benkler and his colleagues have identified. Trump’s campaign poured $70 million into Facebook advertising: they knew how to exploit the algorithms.

Social media offers the opportunity for direct communication with the electorate based on their demographic and interests, bypassing the traditional outlets. We used to see the Obama campaign as the exemplar of this. Today, we see the blurring of boundaries between the orthodox conservative right and the extreme right as emotions are triggered with polarising and xenophobic material.

Facebook has known since early 2016 that its algorithms promote extremism, although it took Mark Zuckerberg until late 2018 to acknowledge this. We have moved from the dog-whistle tactics of Michael Howard’s “Are you thinking what we’re thinking?” campaign in the 2005 General Election to the overt exploitation of xenophobia in the 2016 referendum with the objective of creating a new coalition.

In his flailing attempts to defend Cummings, Johnson has come to look more like Trump than Churchill. Lying has been part of Johnson’s stock in trade since he was a journalist. Academic research says that for the lying demagogue to have authentic appeal, it is sufficient that one side of a social divide regards the political system as flawed or illegitimate. Crises of legitimacy, such as the post-referendum crisis, create space for such figures to cast themselves as authentic speakers of truth to power, giving their supporters cover to forgive breaches of norms that formerly would have been condemned.

Johnson has wasted a lot of political capital to defend Cummings, but with the Durham police’s decision not to take further action, he may have got away with it. Cummings’s behaviour, however, such as his refusal to admit wrongdoing, and his truculent and petulant attitude towards journalists outside his home, all captured on camera, have not endeared him to the British public. Opinion polling shows that most people feel what he did was wrong, and he should have resigned. It’s one rule for him and another for the rest of us. The Guardian journalist Jonathan Freedland was probably the first to note, though others have said it since, that far from being the crusader against the Westminster élite, Cummings now stands exposed as the ultimate insider, representative of the view that rules don’t apply to him.

In the short-term, Cummings may have got away with it. But in this crisis, unlike others, the government actually needs the “reality-based community” as it “follows the science”. And the scientists are clear that the Cummings episode has, in the words of Professor Steve Reicher, “trashed” the core public health messages necessary to build public trust and control the virus.

If the numbers infected with Coronavirus rise again, if the deaths from the virus mount again, if we head into a second wave, Johnson and Cummings will be blamed.

Johnson increasingly resembles not Churchill but a very different Imperial character: Billy Bunter. Both are lazy, dishonest, convinced of their own rectitude and heroism. They bumble from one calamity to another, and are contemptuous of rules and above all of “girly swots”. Both are unwilling to put the work in, unable to rise above the level of the clown image they have carefully cultivated.

If lockdown returns, there will be a search for scapegoats. Matt Hancock already looks like someone who knows his political career is on the rocks. Do not, in the end, underestimate Johnson’s own ruthlessness. Guto Harri, who worked for Johnson when he was London mayor, has already forecast that Cummings will not last beyond the summer. In a revealing phrase, Johnson gave his view of advisers away to Harri: ‘“All glory,” as Boris used to playfully put it, “goes to the fuhrer.”’

All glory to the leader. All blame, ultimately, to the adviser. Ultimately, Johnson wants to be one of History’s Actors. But he’d do well to remember: we’re not an Empire now.