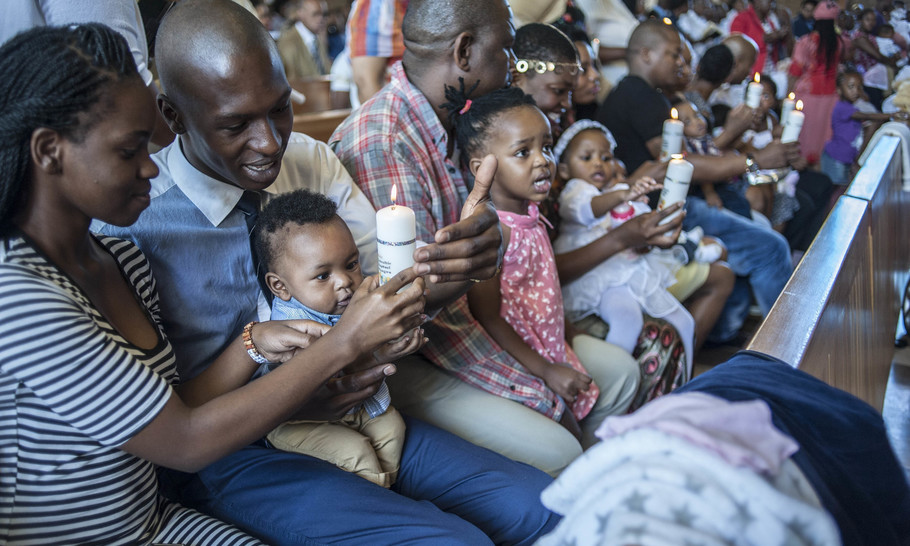 In 1950, or indeed as recently as 1970, you could tell a country’s demography by its economy. But this is changing. Compare the wealthy USA and its once-impoverished and still not-very-rich neighbour Mexico. In 1950 the average American lived almost to seventy, the average Mexican to around fifty, a nearly two-decade gap in life expectancy. Since then, the gap has steadily narrowed: Mexico has made faster progress than the US, but from a lower base. Today, the difference in life expectancy on the two sides of the Rio Grande is between two and three years. Nearly nine-tenths of the gap has closed.

The same story can be told in terms of infant mortality; mid-century around ninety more babies per thousand did not make it to their first birthdays in Mexico than in the US. Today, the gap is more like thirteen babies per thousand. And whereas back in the early 1950s the average Mexican woman was having over three children more than her American sister, today the premium is barely half a child.

The picture is similar if we compare Britain and India or France and Algeria. It is a story of countries passing through their demographic transitions at different stages. Back in 1950, many countries were more or less through the classic demographic transition. Fertility rates were low-ish, and life expectancy long by historic standards. Other countries had barely begun their transition, with still very high family sizes and many early deaths. The difference was all about development and economics. Europe and North America were already well advanced through the process. Poorer countries were not. Metrics of urbanization, industrialization and education could tell you just about all you needed to know about demography.

Since then something profound has changed. In fact, two things have changed. First, there has been a great catching up economically by countries like Mexico, India and China, and as this has happened, so their fertility rates and infant mortality rates have plummeted and their life expectancies have lengthened – as would be expected. Second, accentuating this, demography has leapt over economics. The world has taken child deaths, public health and contraception onto its collective conscience with philanthropic and state-driven programmes funded from the developed world to aid the poorest. That means that in still relatively-poor countries like Bangladesh, the fertility rate has come down to little above replacement level, and in supposedly desperate Gaza, men live longer than in Glasgow.

Is the demographic future, then, that we will all end up like Denmark with long life, low infant mortality and small families? We are certainly not there yet; large parts of Africa still have very high fertility and in a few places life expectancy is relatively low, although almost nowhere below fifty. The transition still has a way to go, and nobody can be sure when we will all reach the sort of numbers now more-or-less universal across the developed world. But most demographers think the destination is fixed, even if the time to arrival remains uncertain.

Thomas Malthus described what we might call pre-modern demography (everyone breeding like rabbits and dying like flies) just as modern demography was being born (a process of moving first to low mortality then to low fertility, with a population explosion in-between). But now are moving into an era of what could be called post-modern demography . No longer will our state of industrialization or urbanization or education drive our fertility, since we will all either be industrial, urban and educated or aided by the international community and local projects to be able to have family sizes and life expectancy as if we were. Instead our fertility will be about our choices, and these will be driven by issues of culture and ideology Some have called this ‘the second demographic transition’ but they have tended to mean by that universally low fertility rates. Instead fertility will be driven not by your material conditions, but by your beliefs.

This will be evident both within and between countries. Within the US, for example, we have the typically secular coastal-states populations with relatively low fertility, and the heartland states with a different life-style and more religious faith with higher fertility. In the US therefore we can see post-modern demography already manifest at a state level; compare South Dakota with its fertility rate of over 2.2 per woman with Vermont’s 1.5. The gap is wide enough to make a difference over time. The differences between the two have more to do with outlook than ethnicity (although of course, it must be born in mind, outlook and ethnicity do often go together). As Latino fertility rates converge with the fertility rates of the big city whites close to whom most Latinos live, while the highest-fertility rates are to be found in some of the whitest states, so assumptions about which ethnic groups have the largest families and the highest population growth may come to be turned on their heads.

A dramatic example can be found by pairing Israel and Singapore. Both are small countries surrounded by more (Israel) or less (Singapore) hostile neighbours, islands of high income, high education and female empowerment. Yet Israelis women have close to three times the number of children that Singaporeans have. The difference can only be explained by culture, values and religion, not by economics or development.

Theorists of history argue whether material or ideological determinants ultimately drive historical processes. Marx thought he had turned Hegel on his head by showing that the dialectic in history worked through material forces, not through ideas. As far as demography is concerned, the time may be coming to turn the tables back on Marx and his followers. And we shall all discover whether, in some Darwinian sense, secular liberal societies are sustainable or whether, as one theorist put it, the religious shall inherit the earth.