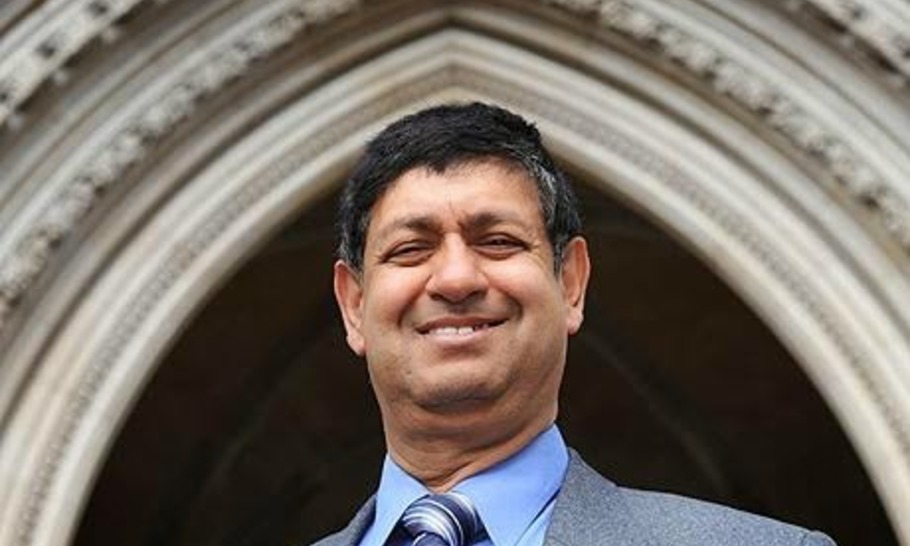 Whether April is the cruelest month, as Eliot said, “mixing memory and desire”, it is a time to recall the worst year that most of us can remember. The agony of Jesus in the Garden of Gethsemane, which Christians commemorate tomorrow, gives voice to the mental torments of lesser mortals. It is an extraordinary moment of intimacy, when we glimpse the interior life of Christ. No wonder his passion (passio, suffering) has inspired so much art, poetry and music — even if this year we cannot see or hear it so easily. We can, though, identify with the sleeping disciples, of whom their Master said: “The spirit is willing, but the flesh is weak.”

Today we somnolent bystanders must not forget the anguish of one man, who must remain anonymous. The teacher at Batley Grammar School who is now in hiding, along with his family, is enduring a kind of agony, with West Yorkshire as his Gethsemane: in fear of his life, hounded by a mob, pilloried on social media and suspended by his school, with no end in sight.

According to the teacher’s father, “my son keeps breaking down and crying and says that it’s all over for him. He is worried that he and his family are all going to be killed…Look at what happened to the teacher in France who was killed for doing the same thing. Eventually they will get my son and he knows this.”

Who are the people who have reduced this young man to such anguish? They are the fundamentalists who have intimidated the teacher and his school for showing pupils one of the cartoons of Mohammed that led to the massacre of journalists at Charlie Hebdo. It is shocking that nobody has yet been charged with a criminal offence for identifying this innocent man online and driving his family away from their home. It is shameful that the school has not stood by its teacher, especially as the use of the cartoon had reportedly been authorised. None of those responsible has apologised. Nor have any of the Muslim organisations that lined up behind the mob.

The latter include the Muslim Council of Britain (MCB), whose new secretary-general Zara Mohammed was only a few weeks ago enjoying plaudits as the first woman and youngest in her post. She has kept her head below the parapet during the Battle of Batley, but the MCB issued a statement blaming the school for encouraging “Islamophobic discourse” and condemning the use of the cartoon for causing “significant offence” and suggesting that Muslim children might be “victimised”. In reality, it was the angry men outside the school gates — by no means all of them parents — who caused children at Batley Grammar to feel threatened. The MCB denounces the “Islamophobic trope of Muslims/Islam being synonymous with terrorism, and Muslims having a unique penchant for violence”. But the MCB, which claims to be Britain’s largest Muslim organisation, has yet to say a word for an anonymous teacher who fears the most extreme violence possible.

Thus far, only one Islamic insider has contradicted the narrative propagated by the MCB and others who claim to speak for “the Muslim community”. This is Taj Hargey, the director of the Oxford Institute for British Islam, a prominent liberal Muslim imam who rejects sharia and is not afraid to defend free speech and religious toleration. In a letter to the editor of the Times today, Dr Hargey writes: “Not only is democratic free expression a product of British historical evolution, it is in harmony with authentic Quranic teachings. Nowhere in Islam’s text is there any legitimate foundation for the clergy-invented crimes of blasphemy or apostasy.” On the issue of the cartoons, he adds: “The notion that all representations of Islam’s founder are prohibited is another non-Quranic fiction…Muhammad was mocked during his ministry. Yet the Quran counsels him to forgive and ignore his tormentors. This is the epitome of a genuine, magnanimous Islam.” Dr Hargey concludes that “this innocent suspended teacher” should be reinstated.

Will this voice of a “magnanimous Islam” be drowned out by the din of the Battle of Batley Grammar? Or will other prominent British Muslims, too, speak up for a teacher who has been hounded merely for doing his job? Unless the intolerant version of Islam that now prevails in Britain is challenged from within, how many schools will feel inhibited from teaching Muslim children about freedom of speech and religion under the rule of law?

TheArticle will be taking a break from Good Friday (April 2) to Easter Monday (April 5). We wish all our readers a very happy Easter.