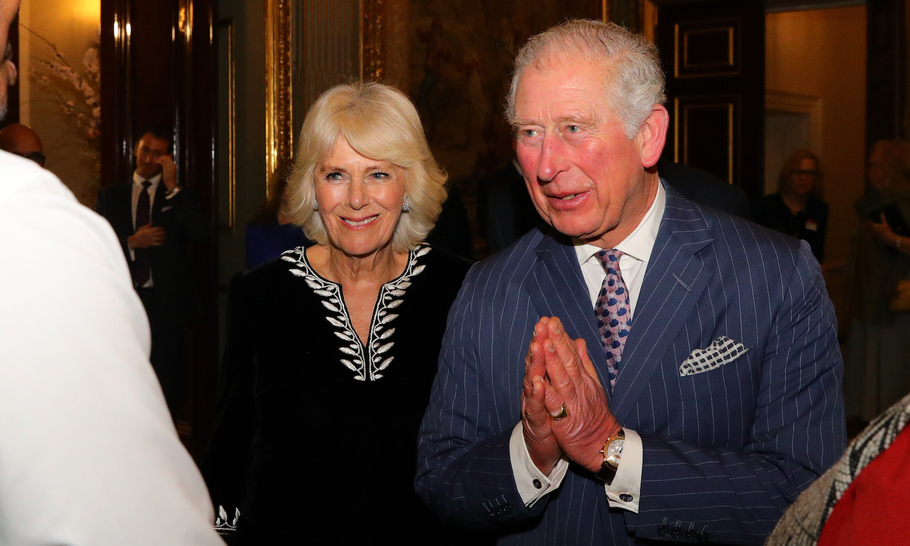 Where are the traditional pillars of our society at this moment of national crisis? The Crown, the Church and the BBC have let themselves down particularly badly.

Many have made the obvious comparison between the coronavirus crisis and World War Two. The monarchy had a good war. They were a symbol of national unity — perhaps above all, when King George VI and Queen Elizabeth visited the East End during the Blitz.

Despite the present Queen’s enormous popularity, this has not been a good time for the monarchy. Her statement last Thursday ended with these words: “You can be assured that my family and I stand ready to play our part.”

This is a weak sentence. When the Queen speaks of “my family”, who do you think of? Harry, wherever he may be? Prince Andrew? Prince Edward? What “part” precisely are they playing? Of course, the Queen will be 94 next month and her statement was presumably drafted for her, but her advisers need to raise their game.

William, is the only member of the Royal Family to have spoken out during the crisis. The Prince of Wales, of course, has himself tested positive, but this has left a worrying gap at a time when the Crown is still reeling from the controversies around Andrew and Harry.

What about the Church of England? At a time of national crisis, where is Justin Welby? When he became Archbishop of Canterbury, he announced three personal priorities for his ministry: “The first is a renewal of prayer and Religious life throughout the church. The second is seeking reconciliation within the church, and supporting the Church in its role as a peacemaker. The third is encouraging every Christian to share their faith and see themselves as a witness to Jesus Christ.” With so many isolated, desperately fearful and worried about the health of their loved ones, are these most people’s priorities? Do these phrases speak to us, move us, inspire us?

Speaking in the House of Lords last week, the Achbishop said, “To be moral and ethical, there has to be a vision on a scale with the spending, a vision that recovers ‘us’ and ‘we’ from the era of ‘I’ and ‘me’—in short, a vision to recreate the notion and reality of society.”

This is terribly weak. Surely, this is a moment for the Church of England, itself facing crisis as churches fall empty, to step forward, to speak with passion about the old, the sick and the vulnerable, those who are terribly alone? These feeble public statements confirm the terrible decline of the Church of England.

Then there is the third pillar of the national establishment, the BBC. Again, it achieved so much during the war as the voice of the nation. The BBC is now permanently in crisis, after years of cuts, dumbing down and demoralisation, bad appointments throughout the institution, and losing out to new competitors, from Netflix and Amazon Prime to Disney.

Last Thursday, Radio 4’s Today programme broadcast a dreadfully sycophantic interview with Lord Hall, the Director General. Nick Robinson called Hall “a man of culture”, without apparent irony. Hall’s predecessors did away with the greatest Music and Arts department in world television. Has Hall, the man of culture, reversed this? Where are the memorable arts programmes comparable to the 1980s and 1990s? Last year’s series Civilisations was a desperate attempt to recall the days of Kenneth Clark. Instead, it was a disaster.

It’s not just about the arts. The BBC used to be a central institution in our national culture. It’s where you expected to see the best coverage of the general election (lacklustre last December), of major national moments like the Queen’s Diamond Jubilee (a fiasco) or the centenary of the First World War (a serious loss of ambition compared to The Great War, fifty years before).

How has the BBC dealt with the current crisis? Its news reporters have sneered at the government, constantly finding fault, criticising when it should be building morale and hope. As so often in the past few years, the BBC is out of touch with the mood of the nation. How is it offering confidence to elderly viewers and listeners, isolated at home?

Recently, Norman Smith, one of my favourite political correspondents, tweeted, “This delay in providing details of employment rescue package is going to bleed into public jitters.” A few hours before, he tweeted, “Still no Govt plan to protect jobs and pay. And it’s not going down well.” Of course, the  BBC needs to scrutinise the government, but this is demoralising.

This was a moment for the British ancien regime to step up and offer hope and unity, pull the nation together, and inspire confidence. All have failed. This moment may not be forgotten. It will be remembered as the time of the experts, when we looked to our medical and scientific elite, our public sector workers and, yes, our government. But the pillars of society? Where were they in our time of need?