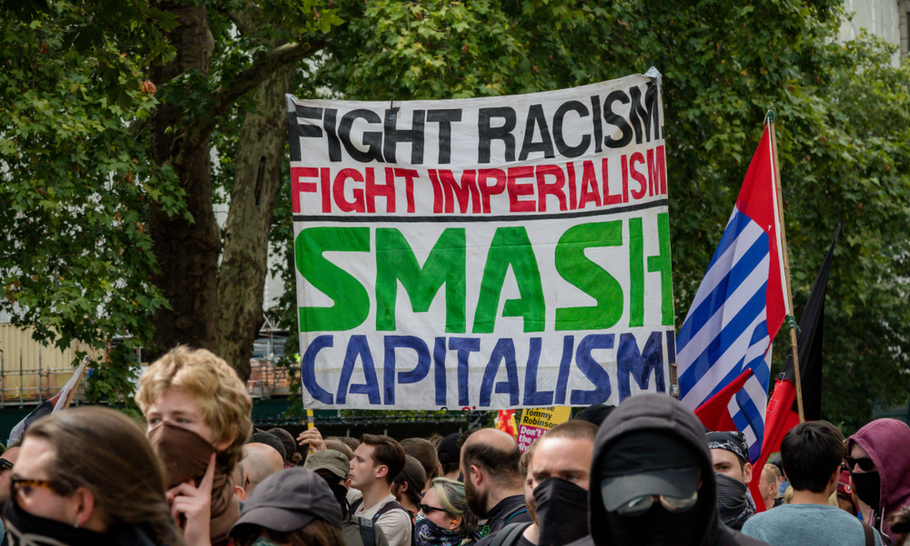 In Little Gidding, TS Eliot wrote: “We shall not cease from exploration/And the end of all our exploring/Will be to arrive where we started/And know the place for the first time.”

It’s a beautiful sentiment — and one that applies now to the defeated, befuddled Labour party. What a terrible time they’ve had. The bluster with which the journalist/activists of the hard left spread out through the campaign to shout at anyone who disagreed with them was at times staggering, and not a little sinister. It seemed that their arguments were not intended so much to win over the unconvinced as to dismiss them, to sweep them from the table, to rule them out as sub-people — as “Tory scum”.

Unable to confront the disaster they and their comrades had spawned, the only option left was to grimly cling to their own self-righteousness. In a column for the Observer, Corbyn claimed, astoundingly, that despite having lost the election, “we have won the arguments and rewritten the terms of political debate.” So far the only senior figure to accept some part of the blame for Labour’s defeat is John McDonnell.

They’re stunned — but they really shouldn’t be. The pollster Peter Kellner predicted the general election result in these very pages weeks ago. But more than this, it was clear from the start that Corbyn was simply a re-run of the old hard left ideas that sprouted up in Britain during the 1980s, most memorably in the form of Militant. That brush with the hard, Trotskyist left almost destroyed Labour. It took the guile and determination of Neil Kinnock to root them out.

The electoral consequences of Militant were catastrophic for the left, just as Michael Foot had been before them. Corbyn is little more than the latest installment in a dynasty of hard left failure. The Marxian dreamers have learned again the old lesson that Britain doesn’t want it and won’t vote for it. But why is Britain so resistant to their brand of Socialism?

There are two problems with a message like Corbyn’s — first is the central assumption it makes about the British electorate and second is the assumption that he invites the electorate to make about the country.

First, the assumption about the electorate. The defining characteristic of Corbyn’s political outlook is that it is based on victimhood. Everywhere he looks, that is what he sees. Victims of Tory austerity, victims of big business, victims of the housing market, victims of the economic system and so on and so on. As Corbyn himself wrote in the Observer, “Everyone can see that the economic and political system is not fair, does not deliver justice, and is stacked against the majority.” You see? We’re all victims.

It turns out that the British public doesn’t see itself that way. People on balance don’t like being told they’re helpless, somehow incapable of living up to the challenges of life. Certainly there are people who need help — to claim otherwise would be callous. But to assume that a despair-based message has mass political appeal is simply absurd. It misreads the national character.

Which takes us to the second assumption of Corbyn’s politics, which is that Britain itself is some sort of aberration — and that the electorate can be made to share that position. In his view, and in the view of his loudest supporters, Britain is a sort of cynical game, a system in which the controls have been taken over by some indistinct group who reap all the benefits for themselves. In his Observer column, the closest Corbyn came to naming this cabal was in a single, dark reference to “corporate power.”

So what is “corporate power”? Power exercised by a corporation, presumably. And what is a corporation? An entity that pays corporation tax, perhaps? Well, fine — but if that’s the case then your local pub counts as a corporation.

But no — he doesn’t meant the local pub, he means something else, something bigger and more sinister, but because neither Corbyn nor any of his inner circle understands the workings of business or the private sector, they were unable to put their finger on what, precisely, they were talking about. Who are these shadowy people who’ve got control over the levers of power, with their hands in your pocket and who are sucking Britain dry without our knowing it? Who could they possibly be?

The answer that a section of Corbyn’s followers found for that question was simple — the Jews. As Oliver Kamm has said in these pages, Labour’s inability to deal with its anti-Semitism problem was nothing short of barbaric — an outward sign of the Corbyn project’s inner rottenness. That corruption derived directly from Corbyn’s strange view of his own country as captured, corrupted and serving only the few.

Britain has been offered hard left politics before. We didn’t vote for it then, we didn’t vote for it now. The left has arrived where it started — at a point of abject failure. Lacking all self-awareness and ignorant of their own history, all those ranting Corbynite activists will know the place for the first time.