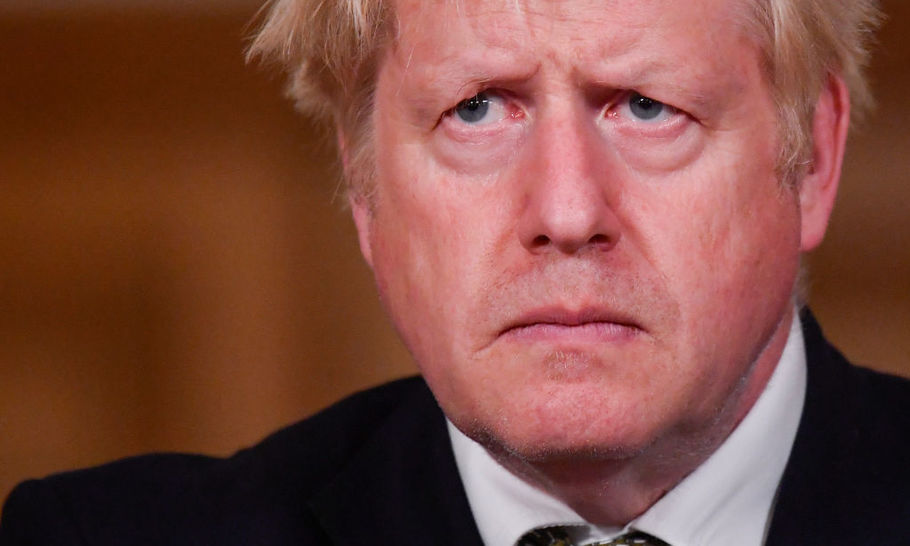 There are no easy answers to the pandemic. There are no comfortable options. We are all between a rock and a hard place and that includes Boris Johnson. We can choke off normal life to shield ourselves. We can take calculated risks to retain some sense of normality: hugging our grandchildren, keeping our job, perhaps even our sanity. Or we can throw caution to the wind, as some have, live and be damned.

Johnson faces unenviable choices — the man is damned if he does and damned if he doesn’t. He knows that, judging from the increasingly haunted look on his face. He has stared into the abyss. He can be criticised for all sorts reasons on his handling of the virus. (Full disclosure: I am not a fan. I don’t, to be brutally frank, think he has the gravitas or the experience for the job). But let us at least agree that he faces choices that range from bad to terrible.

Which is why the government’s politics-as-usual approach in the face of this national calamity is puzzling. This goes along with a stubborn insistence on hoarding decision-making in the centre: the failure regularly to consult regional and local leaders; the refusal to include the First Ministers of Scotland, Wales and Northern Ireland in Cobra meetings; keeping the Opposition in Parliament at bay; farming out the vital test and trace function to chums and outsourcing companies with dubious records instead of building on established local infectious diseases networks.

Thinking of others as rivals and not partners is the curse of freshly minted governments trying to prove something. Part of this mindset is also a lack of curiosity. What is going on? What do others think? Do we have something to learn from them? Can they help us do a better job?

This week has finally seen a clean break between the government and the Labour opposition. After months of consistent if qualified backing, Keir Starmer has come out against the government’s three-tier system to locking down in favour of a big, bold two-week “circuit-breaker”. He is also now more openly critical of the government’s overall approach, in contrast to his previous, more targeted criticism of individual policies. He has established clear blue water between the two big parties.

Starmer plays a long game and, so far, he has played it well. But he is not alone in his new, more strident approach. Some on the government backbenches agree.

We are also witnessing the beginnings of a serious north-south fracture. Mayors representing big cities in the north of England (not all Labour), including ones where the Tories made big gains in the last election, have become increasingly critical of the government’s failure to consult and what they see as unduly harsh medicine for their regions.

When Johnson finally agreed to meet metro-mayors in September 2019 he reportedly told them:” I get what you do. I was a mayor. I want to work with you”. Yet since the pandemic broke in March they have had just one meeting with the man who should be their conduit to Number 10, Robert Jenrick, Secretary of State for Housing, Communities and Local Government.

Andy Burnham, the mayor of Greater Manchester with a population of 2.5 million, is emerging as a powerful voice and the de facto leader of the northern mayors. Last November, in the run-up to the election, he echoed the remark by Bob Kerslake — former head of the civil service and chair of the commission on regional inequality — that the UK was the most politically centralised and regionally unbalanced country in the OECD.

He is right. As Burnham wrote in the Guardian, “If you concentrate politicians and civil servants in one part of the country it is unsurprising that they will make decisions that favour that place over others. And if people in other places feel they have no real means of challenging this injustice it is unsurprising that they will come to feel alienated from a political system that neglects where they live.”

Burnham is a heavy-hitter. A former minister, his calm, decisive leadership in the aftermath of the Manchester bombing in 2017 enhanced his reputation. He has something to offer. He speaks of the north as a “different country” because of its lower-wage economy, its more serious housing crisis and now its greater prevalence of Covid-19. He may be objectifying a richly varied region, but his message resonates, and casts doubt on the Prime Minister’s pledge to “level-up”.

It is clear that Number 10’s attempt to stamp its authority on the crisis across the nation is failing. The government is haemorrhaging trust. The devolved nations have set their own course. There is even talk of challenging government measures in the courts. Even allowing for the appalling choices before it and the speed with which the pandemic is changing the odds, all this represents a spectacular failure of leadership.

So, it’s legitimate to ask: why is this? Why, when the country faces a grave national challenge, when tens of thousands have already succumbed and more will fall ill this winter, when hundreds of thousands of jobs and business face extinction, when there is no clear end in sight to the crisis, why is Boris Johnson not adopting a more collaborative approach to the pandemic?

Governments don’t like sharing. Understandably they want all the glory. Against that is the argument that, by sharing power, you also share responsibility, both for success and failure. Starmer is no doubt aware of that. His team will be urging caution before jumping into bed with the government: caveat emptor. This is probably true, if depressingly cynical.

On a practical level, the argument for more collaboration with local leaders and for delegating powers to local health authorities by trusting them is a no-brainer. Take the handling of the Salisbury poisonings in 2018. When Sergei and Yulia Skripal were found unconscious on a park bench, victims of a state-sponsored Novichok attack, Salisbury — and the surrounding region — were faced with a potentially catastrophic incident. Against scepticism from, among others, Cabinet Office officials who thought she was exaggerating, the local director of public health for Wiltshire, Tracy Daszkiewicz, insisted on quick-fire rapid lockdown measures. She knew her patch. She understood the science. She saw the bigger picture. She turned out to be the key to solving the riddle and preventing many more deaths.

This is not an argument for a government of national unity, or for greater powers for elected mayors, although there is an argument for that. But devolution is here. It is a fact. Giving people more power over their lives and the decisions that affect them is in the natural way of things. Rivers don’t flow backwards. The ineluctable logic is that the centre must yield. Johnson and Dominic Cummings seem to be having trouble getting their heads around that, as they drive their reforms to reshape Britain from Number 10.

This crisis is forcing governments to do things they’ve never done before and act out of character: the state, led by a right-of-centre Tory government, has taken millions onto its payroll.

Making big decisions by consensus is more complicated than governing by edict. It takes longer. It requires listening and it requires persuasion. But when government complains that if it pulls a lever nothing happens, blaming others for its failures, it’s time to rethink. It’s time for a big tent approach. We need a national effort in the face of an existential threat that doesn’t look like going away anytime soon.