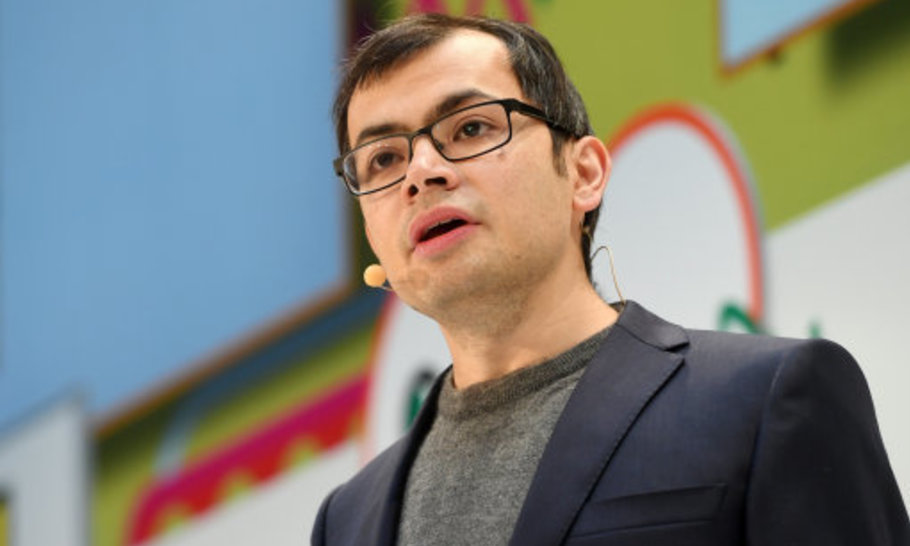 In my column of April 18, I speculated on the possibility of a committee of chess grandmasters coming together to help save the nation in times of adversity. I also drew attention to the fact that the awesome collective brainpower of chess experts, such as Conel Hugh O’Donel Alexander, Harry Golombek and Sir Stuart Milner-Barry, had been harnessed once before to assist Alan Turing and the illustrious Nazi code breaking corps at Bletchley Park during the Second World War. With VE Day being celebrated yesterday, dulce et decorum est to recall their monumental achievements in shortening the war by up to two years and thus saving an estimated fourteen million lives.

Little did I know, when writing for my column of April 18, that history had already repeated itself. On March 18 2020, one full month beforehand, Dr. Demis Hassabis FRS CBE, (pictured above) described by the Times as “probably the smartest brain in Britain”, and originator of AlphaZero, the strongest chess playing computer program ever developed, had been invited by Government Chief Scientific Adviser, Sir Patrick Vallance, to attend SAGE, the government committee (Scientific Advisory Group for Emergencies) designed to combat Covid-19. At the time of my writing about the codebreakers, the composition of SAGE had been a closely guarded state secret, but in the last few days the rules on confidentiality have been relaxed in the interests of transparency, and it has been revealed that Demis had been enlisted to serve in the national interest.

Before delving further into this matter, let me first digress onto a subject I mentioned in my column of February 15th. In 1482, when Leonardo da Vinci was thirty years old, he wrote his famous employment application letter to Ludovico Sforza, Duke of Milan. In it he set out his full and impressive CV, cataloguing his numerous qualifications for the post.

I am grateful to Michael Gelb, author of How to think like Leonardo da Vinci for his succinct description of Leonardo’s Letter containing his qualifications, which I have summarised:

“In his CV Leonardo asserted his unique expertise as an anatomist, botanist, City Planner, Designer, Engineer, Geologist, Musician, Painter, Sculptor, not to mention military strategist and inventor of the tank and the parachute, even though humans had not yet mastered the art of flight. In fact, Leonardo’s dimensions and vertical / horizontal ratios for constructing a successful parachute would have been accurate, even though no planes existed during the Renaissance from which the hypothetical parachutists might jump.”

Now, just imagine, having got wind of Leonardo’s appointment by the Duke, that the equally hypothetical mainstream media of the day, say ‘La Posta Quotidiana’ and ‘Il Guardiano’, were outraged by the ducal promotion of a mere artist and fulminated mightily against Leonardo’s presence on Ludovico’s staff.

But an outburst of rancorous moral indignation, based on Demis’s ties to Google, is exactly what happened when Demis tried to help the government and the nation. One of Demis’s multifarious qualifications is as an AI data specialist, and his skills must have been considered of significant importance in combatting Covid-19. Elaine Colliar, five times World Champion in Tony Buzan’s technique of Mind Mapping remarked to me, that with Demis on board, at least the anti-Coronavirus measures will now work.

Mirabile dictu, or perhaps not, instead of being grateful that a genuine British genius was prepared to volunteer for SAGE to save British lives, the Daily Mail and Guardian resorted to morally outraged, screaming headlines, such as the Guardian’s of April 30th: “Attendance of Demis Hassabis raises further questions about secretive group…”, or the Mail’s of the same date: “Anger as Google artificial intelligence expert is invited to secretive SAGE meeting…” followed by miniatory utterances, such as: “outcry, concerned, scrutiny.”

Now is the time to cite some words of wisdom from a Central European thinker who escaped the clutches of the Nazis in good time: “There is perhaps no phenomenon which contains so much destructive feeling as ‘moral indignation,’ which permits envy or hate to be acted out under the guise of virtue.” Erich Fromm, German Jewish Philosopher 1900-1980.

I first encountered Demis when he was eight years old and I was giving a chess simultaneous display against fifty-or-so Streatham school children, playing all games at once. All but one of my opponents succumbed without a fight, but one little dark-haired boy put up such a huge fight that I began to doubt I could win. “Grandmaster fails to defeat eight year old” was a headline I wished to avoid, so I summoned up all my experience against my last opponent standing and after a lengthy struggle I eventually won. It was though, absolutely obvious that this young kid already possessed formidable mental powers.

Later, Demis, as a student at Christ’s College, was to represent Cambridge University in the annual Varsity Chess match against Oxford, win Gold Medal in Pentamind, the multi-game discipline of the Mind Sports Olympiad, and in his own words, become world chess champion “by proxy.” The justification for this claim was that, with his company, Deep Mind, Demis became the spiritus rector of the computer program which defeated the human World Champion in the fiendishly difficult oriental game of Wei Chi (or as it is more commonly known: Go), a feat previously considered impossible. Subsequently, his spectacular exploit has been to create AlphaZero, the most powerful chess program the world has ever seen, or is ever likely to see. Hence the chess championship by proxy quip. Indeed, Demis would have been equally justified in claiming the proxy championship of the world of Wei Chi.

AlphaZero has developed strategies which confound the traditional ways of human thinking about chess. It sacrifices material for virtually invisible long-term prospects, it concentrates its forces and attacks, not by standard centralisation, but by retreating its most powerful pieces to squares at the rear and perimeter of the board, and it has no fear of simplification, even when suffering from significant material deficit. There is no doubt that the current and future generations of chess Grandmasters are busy learning from AlphaZero and adapting to its strategies, many of which are explained in the ground-breaking book Game Changer by the Grandmaster team of Matthew Sadler and Natasha Regan (in my opinion one of the most important texts on chess ever written.)

This week’s game is a stunningly paradoxical victory by AlphaZero against a rival computer program, Stockfish, itself considered invincible when facing human opposition.

A grateful Monarch and nation have already rewarded Demis with the CBE. As coronavirus is gradually pushed back, I predict that Demis will be able to add a flesh and blood knighthood to the wooden knights he manoeuvres so deftly on his chessboard.

I leave the final word to Demis himself — as he told the Times: “There are so many problems out there from Alzheimer’s disease to climate change… where we seem to be making almost no progress. I’d be much more pessimistic about the way the world is going to go if I didn’t know there was something as game-changing as AI on the way.”