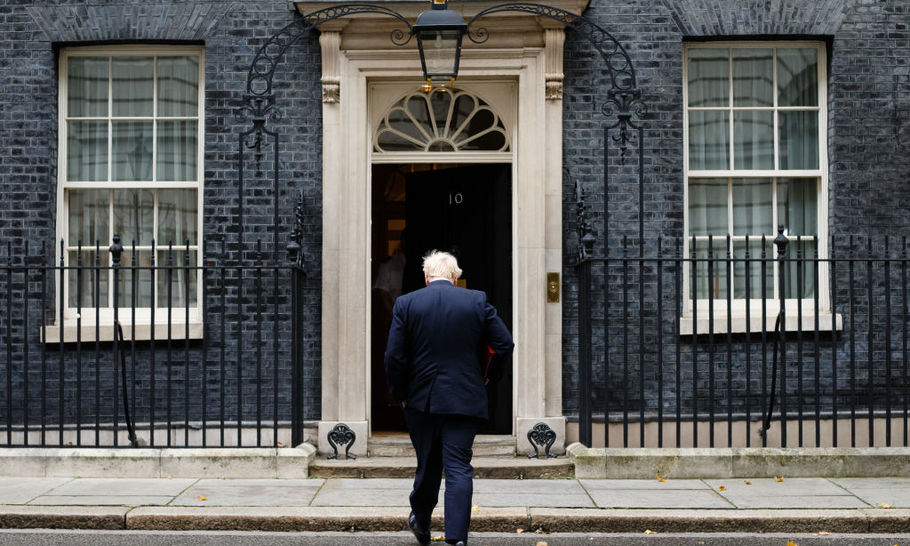 It is entirely in line with this government’s character that it should chose to announce the forthcoming lockdown by means of a press leak. But, alas, that is how low things have sunk in our national political life. There was no emergency statement in the Commons, no Prime Ministerial address to the nation, no hastily convened press conference. No. The game-players in No10 have informed Britain that it will be shut down, probably on Wednesday, via a series of messages pinged out to a group of journalists on a Friday night.

Perhaps part of the reason for this underhand method is embarrassment. Keir Starmer was calling for an emergency lockdown three weeks ago and Conservative MPs attacked him for it. Now those same MPs are having to defend a policy that only a few days ago they said was nonsense. (No10 may well be fielding some calls from angry backbenchers this weekend.)

It was the same with Wales. Several weeks ago the Welsh government announced it was setting up an emergency “firebreak” to combat the spread of the virus. Commenting on the new Welsh restrictions, Jacob Rees Mogg, referring to Wales’s devolved Labour government, told the Commons, “I’m afraid that is what you get when you vote for socialists”. James Cleverly, the former Conservative Party Chairman, said in a Tweet: “If you want to see how a Labour government would be dealing with the current Covid-19 situation just look at how they’re doing in Wales.”

It now seems the Welsh Labour government was right all along. How much better would England’s position now be if No10 had followed the Welsh lead and gone into lockdown two weeks ago?

The Westminster government seems to have resisted new restrictions because of the economic consequences of lockdown. The Chancellor Rishi Sunak made himself popular with the assistance he has given out during the crisis. But if it transpires that Sunak resisted the idea of a national lockdown on economic grounds, then his sheen could begin to wear off very quickly.

Whatever Sunak’s opinions, responsibility for lockdown lies with the Prime Minister, and it thuds heavily into the ground at his feet. Has Johnson got anything right during this pandemic, anything at all? He failed to call the lockdown quickly enough first time round. He has failed to put in place a working test track and trace system. Now he has been too slow to call a second emergency lockdown to deal with the inevitable rise in winter cases. The Welsh government saw it coming. The leader of the opposition saw it coming. Johnson did not — or if he did, he failed to do anything about it.

And now that he has decided to act, his first move has involved a leak to the press.

Even at the best of times, government by leak is reprehensible. It aims to cut out parliament, the party — all those quibbling civil servants and middle men and women — and talk straight to the country. I have written before about the determination in No10 to attack the institutions of government. Leaking is one of the consequences of that destructive project.

But in a time of pandemic, announcement by leak is unacceptable, and verges on the inhumane. The country has been told that a lockdown could be coming next week, but we must now wait for Monday to hear the detail. Perhaps Johnson is working on that detail now. Meanwhile, we are left wondering whether we will be able to see family or friends, whether we will be allowed to go to work, go outside, walk in the fields — we wait to learn how, as a country, we will be allowed to live. The fact that so many of these details are unknown makes the prospect of a second lockdown seem even worse.

Johnson’s government has got everything wrong during this pandemic. At the heart of its miscalculations has been the idea that Covid and the economy are somehow to be weighed against each other. But this central assumption is incorrect. They are not two separate variables in a model, but are entwined, one with the other. Locking down the country has economic consequences, sure. But not locking down the country and letting the virus rip — well, that has economic consequences too, potentially much more severe, and requiring a longer lockdown further down the line. That is what has happened to England. That’s where we are. It’s Johnson’s fault. It is a disaster.