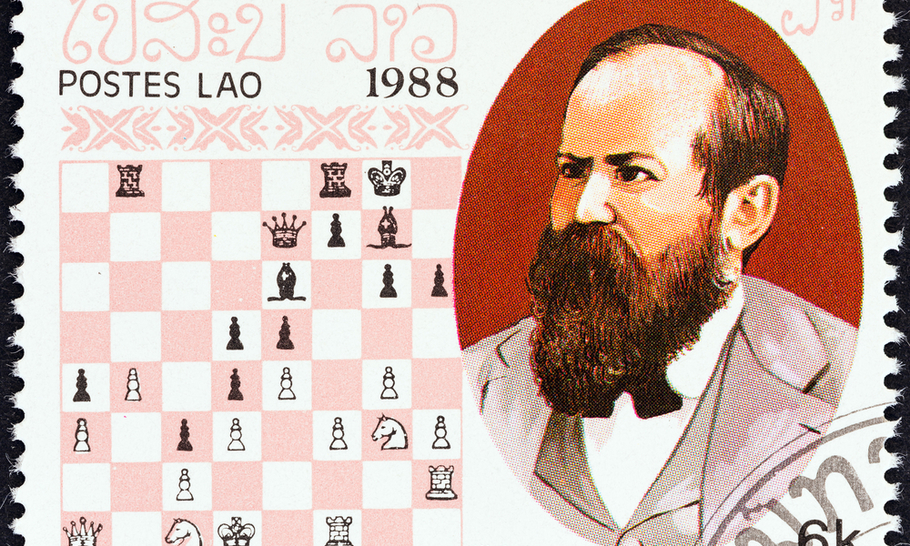 Those survivors from the Cretaceous period, like myself, may recall The Eagle comic founded by The Rev. Marcus Morris. Along with the adventures of Dan Dare, space pilot of the future, and Storm Nelson, Sea Adventurer, not to mention extra special agent, Harris Tweed, young readers were entertained and instructed by morally uplifting lavishly illustrated historical narratives, such as the life of Jesus Christ, the saintly story of Florence Nightingale at Scutari during the Crimean War, and the exploits of the warrior Emperor Charlemagne. There was even a chess column, and that is where I first discovered The Immortal Game, replete with its coruscating cascade of sacrifices to force checkmate.

This was a game so brilliant that top-hatted runners dashed down the Strand from Simpson’s, where the game had been played, to telegraph the moves to the Cafe de la Regence in Paris, the epicentre of chess life in the French capital.

From The Eagle I retained — in particular — four outstandingly memorable facts, apart from the Immortal Chess Game. Tony Buzan, the inventor of the memory technique of Mind Mapping, would have categorised them as Von Restorffs, unusual items which stand out in a catalogue to be memorised, for example: butter, honey, milk, bread, Tyrannosaurus Rex, potatoes, rice, peas and beans. No prizes for identifying the Von Restorff in that list

Memorable Fact number one: that Dan Dare’s chief intergalactic nemesis was The Mekon of Mekonta from The Planet Venus, with his army of green Treens.

The other three memorable facts were all, as it happened, connected with the Holy Roman Emperor and champion of Christendom, Carolus Magnus, aka Charlemagne. These established facts were later to be reinforced by my reading of the Chanson de Roland, translated from the mediaeval French by Dorothy L. Sayers, author of the Lord Peter Wimsey crime novels.

Memorable Fact number three: on returning from a major military expedition across the Pyrenees to crush the pagans (or Paynims as Dorothy L. Sayers quaintly put it) Charlemagne’s rearguard, under the command of his most trusted paladins Roland and Oliver, was betrayed and annihilated by said Paynims at the battle of the Pass of Roncevalles.

Memorable Fact number four: in order to convert yet more pagans to Christianity, on this occasion during a campaign against the recalcitrant Lombards of Northern Italy, Charlemagne cunningly positioned a contingent of priests to consecrate a stretch of the River Po, then herded the defeated Lombard army downstream through the sacred waters, and promptly declared them Christians in a forced mass baptism.

Later on, in pursuit of my Carolingian interest, I read, or tried to read, the weighty scholarly tome Charlemagne by Johannes Fried, Professor of Mediaeval History at the University of Frankfurt.

From this I discovered that my understanding of the orchestrated arrangement of the Imperial Coronation in Rome was somehow doubtful, with various versions in circulation, all conflicting with each other. Worse was to follow: it transpired that the heroic stand by Charlemagne’s knights at Roncevalles was at best apocryphal. Then to cap it all, the mass watery conversion of an entire pagan army on the River Po was pure invention. What I had previously regarded as a supremely devious manoeuvre on the part of the Emperor, was not even mentioned by Professor Fried. Far from dramatic mass baptisms of conquered enemy forces, Charlemagne’s theological activities seemed to be far more closely confined to the refutation of heresies, not by the sword but by the pen.

I experienced similar disillusion with Das Glasperlenspiel (The Glass Bead Game) by Hermann Hesse. Convinced by the promising title that chess would in some measure be part of the fabric of this epic, I pounced on it with great expectations. True, Hesse’s novel does indeed give significant mentions to chess and crossword puzzles, not to mention other brain teasing acrostics. However, on closer reading it became obvious that The Glass Bead Game did not in fact involve glass, there were no beads and it was not even a game. If anything it resembled a sequence of Mind Maps with added musical and mathematical elements.

The moral here is that much cherished “Facts” and narratives often crumble, when subjected to closer scrutiny. Take a recent example from the world of chess: last week our hyperactive world champion, Norwegian Grandmaster, Magnus Carlsen, in pursuit of the rapidly burgeoning new trend of switching to elite chess competitions online, not only announced a million dollar series of chess events online, but also, at astonishingly short notice, implemented the First Online Wilhelm Steinitz Memorial Tournament.

This was a powerful competition, featuring top Grandmasters, held in honour of the first official World Champion, the Austro-Jewish Maestro Wilhelm Steinitz (pictured above). Introduced to readers in my column of 4th October 2019, Steinitz was born in Prague (then part of the Habsburg Empire) on May 14, 1836. It is my opinion that in both physical appearance and intellectual prowess, Steinitz may have served as the model for Professor George Challenger, the irascible academic at the core of Sir Arthur Conan Doyle’s Lost World.

It is a commonly accepted fact that Steinitz was the first Weltmeister, as expressed in his native German, translated as World Master, in other words: World Chess Champion. It is further well known that his reign extended from 1886, when he defeated Johannes Zukertort, until 1894, when the ageing Steinitz succumbed to Emanuel Lasker.

It had, though, always bothered me that this neat narrative was incomplete, not to say downright defective. What about the claims of such earlier titans of the game as Philidor, Labourdonnais, Staunton, Anderssen and Morphy? Why, when they all clearly dominated the chess world of their day, were their names erased from the magisterial role of honour? The English champion, Howard Staunton, even went so far as to defeat a leading continental rival, Daniel Harrwitz, by the Bobby Fischer-esque score of 6-0.

Worse was to come. On closer inspection it transpires that even Steinitz himself did not agree with the 1886 date for the commencement of his reign, claiming instead that he had truly become World Champion when he overthrew Adolph Anderssen in their London match of 1866. Such historically based revisionism would mean that Steinitz ruled, as World Champion, not just for eight years (1886-1894) but for twenty eight years, thus narrowly surpassing the currently acknowledged record holder Emanuel Lasker (1894-1921) and establishing a ne plus ultra that will almost certainly never be broken.

Steinitz justified his claim by scoring devastating match victories between 1866 and 1886 against such further luminaries as Blackburne, Zukertort and the ingenious English master Bird.

This week’s games are taken from the Steinitz Memorial, predictably won, with a massive margin, by Magnus Carlsen himself, plus one of Steinitz’s own anthology pieces from his world title conquests. The latter victory was declared by experts of the day to be one of the greatest games of chess ever played, on a par, indeed, with the very high bar set by Andersen’s Immortal.

You can see the game between Magnus Carlsen and Bu Xiangzhi (2020) from the Steinitz Memorial here.

The Wilhelm Steinitz vs Mikhail Chigorin game (1892) can be viewed here.