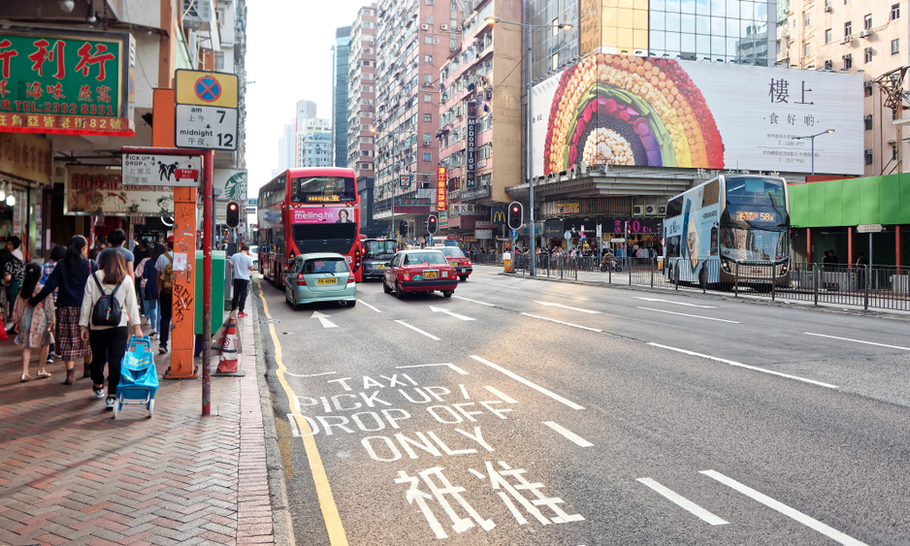 No one can tell if the current siege of Hong Kong Polytechnic University in Kowloon by a special police contingent marks a phase in the evolving crisis or the start of a final showdown. As the saga unfolds, there is little question that it represents a significant moment, not just for this Chinese city-state and for mainland China, but also for relations between China and the United States, and, indeed, the rest of the world.

When Britain handed over sovereignty of Hong Kong to China in 1997, the former colony accounted for about 11 per cent of China’s GDP. Today, it barely accounts for three per cent, and is, to all intents and purposes, an economic rounding error.

Even though Hong Kong is now experiencing its worst recession since the global financial crisis, with GDP falling by more than three per cent in the third quarter of this year alone, the impact on China is negligible and overshadowed by much greater domestic problems in the Chinese economy.

Being economically insignificant, though, isn’t the point. Hong Kong is Asia’s premier financial centre, and a rule of law territory famed for the quality of its regulatory oversight, low taxation, and free movement of capital.

Talent has flocked to Hong Kong to build the region’s most mature money and capital markets and to provide a wide range of services, not least for the 8,000 or more companies with regional headquarters or significant operations there, and which run businesses in China.

About half the companies listed on the Hong Kong Stock Exchange are mainland Chinese companies that raise capital in the territory. China uses Hong Kong to experiment with financial innovation and liberalisation, and promote the (mostly futile) campaign to internationalise the renminbi.

Hong Kong is China’s financial window on the world, and vice versa. The territory lends China capital, clout and kudos. All of this is now at risk.

It is true that the “one country, two systems” principle designed to protect and preserve the legal, institutional and commercial status quo of Hong Kong, was destined to end in 2047, rendering Hong Kong just another large Chinese city among many. Hong Kong’s status and civil rights have been slowly chipped away, and have triggered protests in the past – for example, the so-called Umbrella protests of 2014.

This year’s protests, however, are something else again, and as the siege of Polytechnic University shows, they are far more serious. The only question now is how soon and how fast Hong Kong will be folded into the mainland. That depends on just how the denouement in Hong Kong proceeds, and how other countries, notably the US, react to what is happening there.

Leaving to one side the specific local issues that have led to the current chaos in Hong Kong, this crisis comes at a crucial time for President Xi Jinping, and for China.

In the seven years since Mr Xi came to power, China has changed significantly. Its economic model has become inefficient and wasteful, as many of its leaders acknowledge. Its governance system has also become much more Leninist, autocratic and repressive, emphasised this week by the extraordinary leak of Chinese documents published by the New York Times, relating to the shocking treatment of the minority Muslim Uighur people in the far western region of Xinjiang.

China’s foreign policy has become more truculent, assertive and interfering. If Hong Kong people believe that the “one country, two systems” they were promised for 50 years is meaningless, you can be sure that those in Taiwan, which holds presidential elections in January, feels the same. What will President Xi then do about the national goal of the peaceful reunification with what is known in the communist parlance as a “renegade province”?

It is small wonder that the US, and other western nations, and China have reached the point where some sort of relationship re-set resonates widely across political aisles and among allies. The focus started on trade, but since 2018 it has broadened to encompass direct investment flows, crucial aspects of technology and communications centred on, but by no means confined to, the Chinese tech giant Huawei, industrial policies, cultural exchanges and education, and, now looming on the horizon, finance and capital. Cue Hong Kong.

This week the US Senate may pass a version of the Hong Kong Human Rights and Democracy Act 2019, which has already passed the House of Representatives. The legislation addresses Hong Kong’s status under US law and would consider annually whether to impose sanctions on those responsible for human rights violations in Hong Kong.

A bipartisan commission has also urged Congress to assess conditions under which the US would cease to regard Hong Kong as largely autonomous for trade purposes. President Trump would need to approve any such legislation, and his current negotiations with China regarding a limited trade deal could dissuade him from doing so.

On the other hand, if the Hong Kong situation deteriorates further, and Chinese soldiers or armed police, already garrisoned in Hong Kong with reinforcements across the border in Shenzhen, become involved directly, the White House may have little choice.

This isn’t the limit of possible US actions. A bipartisan bill, promoted by Senator Marco Rubio, proposes that foreign (read Chinese) companies listed on US exchanges or in which US pension funds invest, but that do not comply with US audit regulations, should be delisted. Listed Chinese firms are valued at more than $1 trillion.

Another bill, proposed by Senators Baldwin and Hawley and ostensibly aimed at curbing the rise in the US dollar, calls for a fine, in effect, on foreign (again, read Chinese) purchases of US portfolio investments and land.

If the threat of financial sanctions such as these, against named Chinese individuals or companies did come to pass, and if restrictions were imposed on the ability of Chinese banks to participate in US dollar-based financial flows, the consequences for China would be grave. China is increasingly reliant on US dollar financing in its domestic banking system and also to finance transactions across its much-trumpeted “Belt and Road” infrastructure development programme rolling out across the world.

Here, then, is the trenchant reason to watch, very closely, what is happening in Hong Kong.