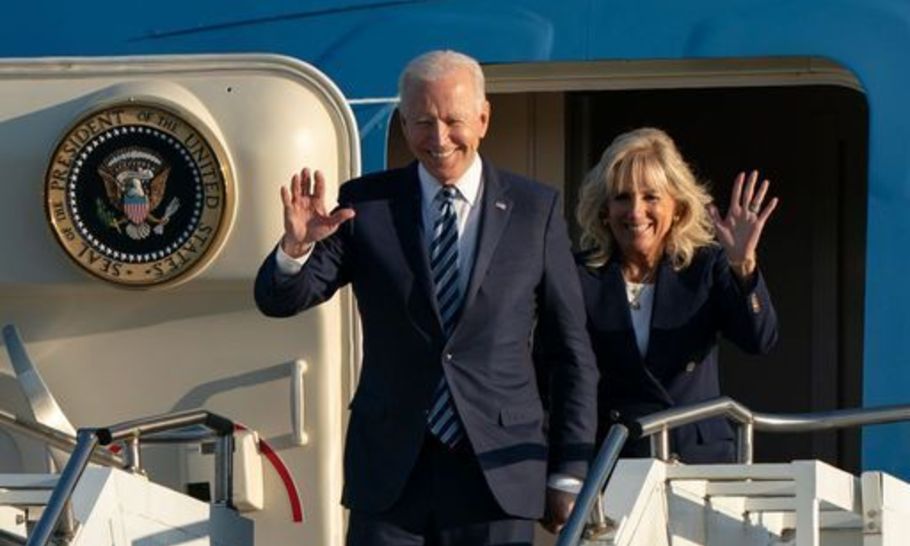 It will hardly come as a surprise to readers of TheArticle that President Biden has prioritised peace in Northern Ireland over all other aspects of the Anglo-American relationship. Long before he entered the White House, I wrote about the importance of Biden’s Irish roots, for example here, and questioned his grasp of the standoff over the Northern Ireland Protocol. Now that the President has arrived in Cornwall for the G7 summit, the row threatens to overshadow his first meeting with the Prime Minister today.

It has emerged that on June 3 the US Chargé d’Affaires in London, Yale Lempert, issued the British Government with a démarche, a formal diplomatic reprimand, for its failure to resolve the increasingly acrimonious dispute with the European Union. She warned Lord Frost, the Brexit minister, to “keep it cool”, implying that the President held the UK responsible for any risk that rising tensions could undermine the Belfast Good Friday Agreement.

At their meeting today, Joe Biden and Boris Johnson have matters of far greater moment than the Protocol on their agenda. With goodwill on both sides, the two leaders have an opportunity to forge a genuinely special relationship, as I have argued here. The threats facing the West are too numerous and too serious to be subordinated to a squabble over sausages.

Yet the danger that violence could return to the streets of Belfast is real enough. The desire to overcome sectarian conflict is still strong on both sides, but the Protocol — intended to pre-empt a “hard border” that would rekindle republican terrorism — has embittered unionists, who feel betrayed. By creating a wholly artificial border in the Irish Sea, the Protocol is impeding trade within the UK. The EU insists that every delivery to Northern Ireland must be checked to make sure that imports meet EU standards. The red tape is leading to food shortages, particularly in processed meats such as pies and sausages. British officials are frustrated by overzealous Brussels regulators and have sought to keep the peace by using exemptions from the Protocol. A meeting this week between Lord Frost and the European Commission’s Vice-President Maros Sefcovic failed to make progress in resolving the dispute. Indeed, he is reported to have threatened to impose tariffs on the British if they continue to exempt goods from the Protocol.

A solution is not hard to find. The EU has no vital interest at stake if people in Northern Ireland prefer British sausages to French saucissons. The Protocol was not intended to force UK citizens in the Province to conform to EU rules, but rather to protect the open border in Ireland. As long as there is no large-scale influx of unregulated goods to other EU member states, there is no real problem. However, the Commission does not seem inclined to interpret the Protocol in a laissez-faire way. It seems oblivious to the anger of unionists, which it maybe sees as a problem of the British Government’s own making. It is curious that a Slovak, such as Sefcovic, is so insensitive to the potential for violence that the Protocol represents. Surely Central and South-Eastern Europe have seen enough tragedies in the recent past arising from similar border disputes for the Vice-President to show some wisdom and flexibility?

The loyalist marching season begins next month, culminating in the commemoration of the Glorious Revolution on July 12. By then, a solution should have been found. Joe Biden has offered to help broker a deal and today Boris Johnson will be exploring how that might work. The priority that they both share is the preservation of the Belfast Good Friday Agreement. The problem is that the EU places greater emphasis on the integrity of the Single Market. If the President can grasp this point, there is a chance that he will tell EU leaders to climb down in the interests of peace. This is a major test of the Biden Administration’s diplomatic skills, but also of the readiness of the President to learn just how complex the Irish problem really is. If anyone can remove this obstacle to harmonious relations with Washington, it is Boris Johnson. By the weekend we should know whether he has succeeded in winning over the President to a more even-handed view that would enable him to be trusted by both sides. Over to you, Boris.