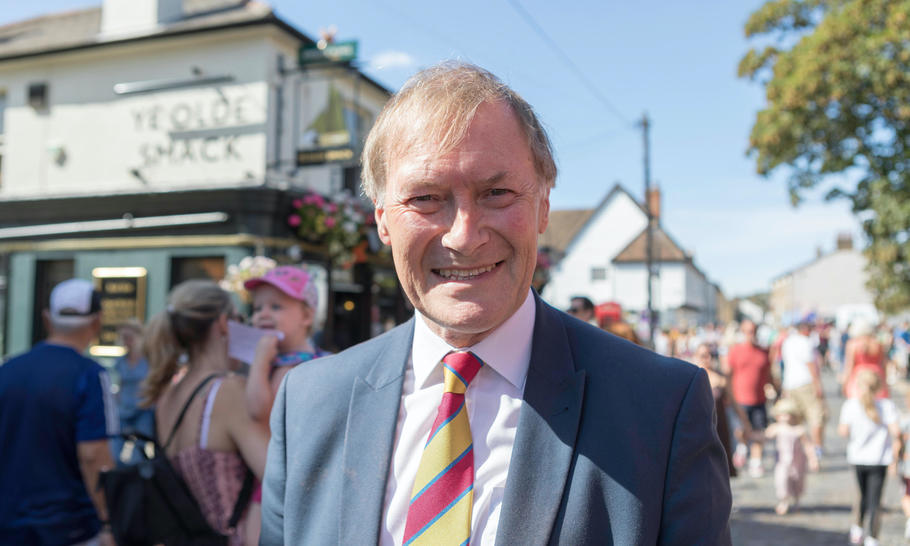 Amid the outpouring of grief about the murder of David Amess, one aspect of his life has perhaps not yet received its due. Sir David was a Catholic. Not one of the grander sort, with roots in the old recusant families, but a working-class Catholic. His father was an electrician and his mother a tea lady; it was at a Catholic grammar school, St Bonaventure in Forest Gate, that he was encouraged to enter politics. He lost his Cockney accent thanks to the therapy necessitated by a speech impediment, but Sir David never forgot where he came from. He didn’t care about being patronised as an Essex Man, one of the new Thatcherite Tories who burst onto the scene in the early 1980s. What mattered to Amess was to improve the lot of his constituents, by any means he could. That, too, was an aspect of his faith.

The Catholic Church gets a bad press these days, and we are reminded of its many faults and failings in the news almost every day. But we are less familiar with the other side of the coin, so beautifully exemplified by Sir David. The inexhaustible appetite for charitable causes, for restoring dignity to those who have been stripped of all but the bare necessities: these are virtues that in theory belong to all Christian denominations, but in the practice of which Catholics very often stand out.

Some of the causes he embraced have become deeply unpopular with the liberal establishment. He was a staunch defender of the Church’s teachings however unfashionable: on abortion he was consistently pro-life; he took a traditional view of marriage; he was anything but woke. Yet his kind of compassionate conservatism did not exclude anyone: he took seriously the Biblical axiom that we are all created in God’s image. His open-minded decency and generosity, to which everyone who knew him has paid tribute, was a gentle rebuke to those who see Catholicism as a closed, rigid, ritualistic religion. He was a reminder of what we stand to lose by driving conscientious Catholics out of public life, unless they renounce their beliefs.

We do not yet know why David Amess was killed, still less what part his faith may have played in making him a target. There is a possibility that the Somali heritage of the man now being investigated by counterterrorism officers is significant and that he may have been radicalised by al-Shabab jihadists, who frequently attack Christians, especially Catholics. None of this is certain and other motives, or indeed mental illness, may prove to be more relevant.

What we do know, however, is that a Catholic priest was denied access by police to Sir David as he lay dying. This meant that he could not receive the sacrament of anointing the sick, also known as extreme unction, which Catholics believe gives comfort, peace and courage to those at the end of life. If, as in this case, it is too late for a confession, the priest may also pronounce absolution, or the forgiveness of sins, as part of the sacrament.

In the reporting of this refusal to permit what the media invariably calls the “Last Rites”, there was a widespread misunderstanding. The priest was not asking to be permitted to “read the Last Rites”, but to administer a sacrament. This is more than the recitation of prayers, although prayer is certainly part of it. The anointing is followed, if possible, by the Viaticum, or last communion, although it is unlikely that this would have been possible in the case of Sir David. What is certain, however, is that he would have wanted to receive the sacrament and that for the police to deny it to him could only have been justified by grave necessity, even if he had already been pronounced dead — which does not appear to have been the case.

In a statement, the police cited the need to avoid contamination of the crime scene and interference in the lifesaving work of the medical staff. There is a contradiction here: if paramedics were given priority, despite the risk of contamination, then the presence of a priest should also have been possible, as it would be in hospital. But the deeper problem here is that the spiritual needs of the victim, unlike his medical ones, were given no weight. Forensic science is vital, of course, in any murder investigation. Given that they are not looking for anyone else, though, police officers could have used their discretion in this case to allow a priest to provide the only remaining comfort for the dying man and no small consolation for his family. Perhaps this distressing aspect of the tragedy will prompt a reconsideration of police protocol and training. Justice, after all, must always be tempered with mercy.

In any event, the life and death of Sir David Amess have prompted soul-searching among people of all faiths and none. Catholics will mourn one of their own, but so too do parliamentarians and the many other “little platoons” to which he belonged. The former MP and minister Alistair Burt writes about his friend and colleague here on TheArticle and others, too, will pay tribute in the days to come. He was a man of such transparent goodness, who had touched countless lives, that the impact of his untimely death was bound to strike a chord far beyond his party, his constituency and his co-religionists. For the latter, this is a reminder that “Catholic” properly means “universal”; Catholicism is an inclusive faith, or it is nothing. David Amess understood this instinctively: his compassion extended beyond even the human race to include animals, for whose welfare (especially on the issue of live transport) he campaigned tirelessly.

Sir David was a gentleman, but he was more than that: a Christian who followed in the footsteps of Christ. “Greater love hath no man than this,” says Jesus (St John, 15:13), “that a man lay down his life for his friends.” David Amess saw every being on earth as his friend — even those sad creatures who saw him as their enemy. Eternal rest grant unto him, O Lord, and let perpetual light shine upon him.