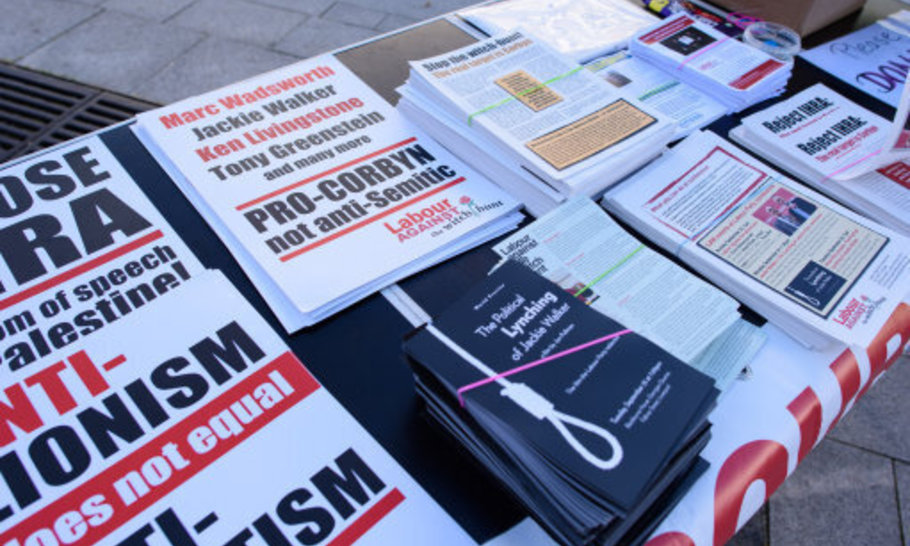 David Herman recently wrote a piece for these pages on Tuvia Tenenbom, whom David describes as “an Israeli version of Michael Moore or Borat”. Tenenbom specialises in drawing interviewees into revealing their prejudices, especially when it comes to anti-Semitism.

Tenenbom has got a new book out, with the arresting and provocative title The Taming of the Jew: A journey through the United Kingdom, in which he recounts conversations had when travelling across Britain. We don’t come out of it very well. Tenenbom seems to have unearthed some pretty damning evidence of anti-Semitism in modern Britain.

As you might expect, some readers were quite upset by the implication that Brits are an anti-Jewish rabble, though this perhaps overlooks Tenenbom’s mischievous intent, which may owe something to comic overstatement. Nevertheless, Tenenbom does make a serious point: anti-Semitism exists in contemporary Britain. The negative reaction is also quite telling. Some people would prefer to ignore it.

David’s piece attracted a good deal of comment from readers, which is always welcome. From these comments, one line in particular stood out to me, in that it struck at the most sensitive part of the debate over anti-Semitism in Britain. The problem with David’s piece, the reader’s comment said, is that it is yet another example of “the bundling together of outright anti-Semitic views with those expressing solidarity for an oppressed people”.

In other words: “Some people want to criticise Israel and some people are anti-Semites. Don’t confuse the two!” It’s an important one. I have some very deep misgivings about the Israeli government, especially Benjamin Netanyahu, whose rule I think will come to be seen as having damaged Israel. I have met and interviewed people from his party, Likud, as well as from the Israeli Left. I also have enormous sympathy for the Palestinian people, who, in the events of 1947-48 were delivered a catastrophe of historic proportions. I have interviewed representatives of the PLO and Fatah.

But in their comment, our reader misses something. When it comes to the matter of “expressing solidarity with an oppressed people”, this inevitably prompts the question of why, for so many, especially on the British Left, there is only one oppressed people worthy of solidarity — the Palestinians. Their cause is a just one. That is not the point. The point is that the Palestinian issue has become dominant on the British Left.

Why should that be? Why is there, for example, no comparable degree of focus by the British Left on the Moroccan annexation of Western Sahara? Why is there no uproar from the Left over Russia’s annexation of the Crimea — a stunning territorial outrage? The people who denounce Israel might perhaps be similarly outraged by Putin, who not only steals huge tracts of neighbouring countries, but attempts to murder his political opponents with chemical weapons. But still no.

Which leads me at least to wonder — why Israel? Yes, the treatment of the Palestinians by all concerned has been dire and no reasonable person could ever dispute that. The question is not whether the Palestinians deserve sympathy and support. The question is why the Left singles out this wronged people above all others. Why is it that at the last Labour conference in Brighton the Palestinian flag appeared on the Conference Hall passes? Why not the flag of the displaced of Western Sahara, who are currently living in their clapboard houses in the deserts of Algeria? Why not the flag of Tibet?

For some reason, it’s always Israel. But what is it about that country that so infuriates the Left? What characteristic could Israel possibly have that makes it so very antagonising? Why are Israelis constantly singled out as being somehow suspect? What is it about them that so many people on the Left just can’t abide?

Why is it that, when showing “solidarity for an oppressed people”, as if by some ideological reflex, many on the Left will single out Israel as the one nation worthy of their fullest condemnation? The answer to that question is no laughing matter.